So, if you're like me, you probably know that Aya Brea has a shower scene in the 3rd Birthday. But you won't be able to watch it that easy.

For you to watch Aya Brea bathing in the shower, you must meet certain requirements first. Requirements/conditions to unlock Aya Brea's shower scene below:

Ep 1: Defeat every single one of the Land Twisted in this episode;
Ep 2: Defeat every single Flying Twisted. The ones that release poison gas;
Ep 3: Pick up every item available in this episode;
Ep 4: Access to cover the withdrawal record search. Attached to the helicopter to kill the enemies of BABEL on the scen.As long as the middle attacks kill enemy soldiers who can be trouble.

Note: There are no Aya Brea shower scenes to unlock in episodes 0, 5, and the last episode. 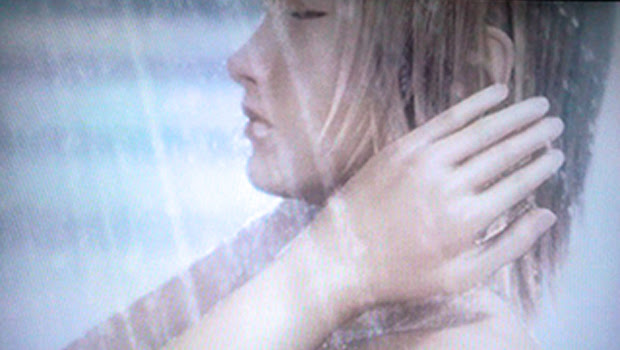 Don't worry if you didn't accomplish certain requirements in the game. You can redo the Aya Brea shower scene episodes in Case Training.