Before, pirates only had what was called in the underground Custom Firmwares, more known as CFWs. Compared to OFWs which would only play original games and limit a user's gaming freedom, CFWs allow users to play any game they like, homebrews included. Because of the CFW boom, various applications were developed for the PSP. This includes .pdf file readers, dictionaries, and indie games. Even though Sony and game developers tried to put security measures in each and every game they released, the pirates caught on. PSP games were usually cracked within a day of its release, the longest of which was Kingdom Hearts: Birth by Sleep [JPN], taking almost 2-3 months. 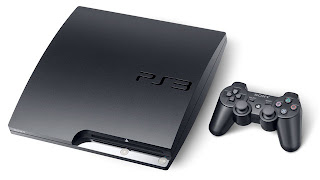 Meanwhile, the Playstation 3 (PS3), had stood its ground for more than 4 years. It was hard on giving up its secrets, unlike its rivals the Xbox 360 and Nintendo Wii, which got jailbroken in less than a year. The latest breakthrough on the PS3 was the dongle jailbreak system where you need a dongle scripted with jailbreak software to allow a PS3 console to play illegally-reproduced games. This was around September to October 2010. When you think of it, it was just a couple of months ago. Recent news. I remember people and companies being threatened to be sued for manufacturing jailbreak dongles for the PS3. Unfortunately for the community, Sony released a preventive update which halted jailbreaking up to PS3 firmware version 3.41 only. But all these CFWs and dongles are about to be history with the current boiling news of herculean proportions - the signing of PSP and PS3 games.

It is no secret to the underground, but for those not in the know, a hacking team called fail0verflow got a hold of what was called in the scene the Kirk Keys. It was found hiding inside the PS3. The Kirk Keys was allegedly the master key of all PSP and PS3 games, a sort of hash in which, when included in a illegally-reproduced game itself, would trick the PS3 and the PSP to thinking that it is running an original game. This concept applies to homebrew applications and games as well.

The Kirk Keys were further refined by a notorious American cracker named George Hotz, also known online as Geohot. Hotz was also behind the jailbreaking of the iPhone. Now, fellow crackers such as Chinese PSP coder Liquidzigong are currently studying the potential of the master keys and are slowly integrating it into existing PSP firmware. It is not impossible that in one or two months time we'll be enjoying limitless possibilities with our Sony consoles. Imagine the prospect of not waiting for the patching of the latest PSP game. Imagine not legally purchasing that $60.00 PS3 Blu-Ray and instead downloading it straight from the internet.

Unfortunately though, Sony sued Geohot and an unspecified number of people for damages. Different arguments stem from each side of the coin. People on Sony's side claim that on the long term this would greatly affect PS3 and PSP console and game sales to a level it never experienced before. People that support Geohot suggest that they're just exercising their rights as owners of their consoles, that modding and reverse-engineering a PSP or a PS3 is no different than customizing a car for racing. Personally, I'm on neither side. On one hand, you see Sony taking user freedoms I will not specify here. On the other hand, you see unscrupulous pirates saying hooray to the downfall of Sony's security measures, the very company that brought them the games they so much enjoy. 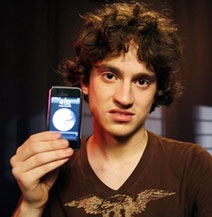 Mark Zuckerberg. Err, George Hotz
Midway, it's all about who's going to win. If Sony wins, they can keep producing the games we love so much, tag them with obscene prices, and limit user freedoms to a far extent, maybe screwing some customers in the process. If Geohot and his people who support user freedom win, then they've won the principle they were fighting for. But the biggest winner would be the unscrupulous pirates. Imagine every release of a PSP or PS3 game developer ripped from the CD and uploaded in pirate sites only a few hours after its official release. In some cases, a full two weeks before its official release. This was what had happened to God of War: Ghost of Sparta for the PSP. Somewhere in the internet the whole game was leaked and pirates finished the game and unlocked all its features even before legitimate buyers got their hands on the game.

This is not to say that all pirates are bad. Many of them actually download an illegal copy of the game, try it out, and if they liked it they'll purchase the game legitimately, via a UMD or the PSN store. That's the reason why I always put the word "unscrupulous" next to the word "pirate" to emphasize that these kinds of pirates are the type which want Sony to fall down. They don't seem to think the consequence of Sony's downfall: the halt of all of its games.

Summing it all up, a delicate balance should continue to exist between Sony and those trying to fight for their rights and the pirates. One push too great might cause the fall of another. Then again, it would be very hypocritical of me if I said I didn't pirate a single game in my lifetime. Pirating games, or anything for that matter, personally gives a satisfying feeling, although we should understand that this attitude should not remain as our main recourse if we can't afford games that other people worked blood, sweat and tears for. Maybe it's just human nature. But whatever happens, and as I mentioned, I'm on neither side. The signing of PS3 and PSP games remain a sensitive subject for me.