Update: I just updated the Pokemon Flora Sky Walkthrough link. The guide is now in English and in the Microsoft Word .docx format.

It's Pokemon time again here. If you remember I previously posted about Ciro's Pokemon Maker and made it available for download. Now I'm going to talk about a fantastic Pokemon Emerald-based emulation hack for the PC and the PSP – Pokemon Flora Sky.

What is Pokemon Flora Sky you ask? It's an edited version of Pokemon Emerald in which a new story is laid, new pokemons – coming from Generations IV and V – are to be caught, and where a whole new land is to be explored. I've been playing it myself and it has my approval.

It's kind of difficult to play, because even if you do a level grind on your Pokemon, the city Gym Leaders and your opponents would always be near or around your level. Sheer strength aside, a little bit of strategy would also be needed. 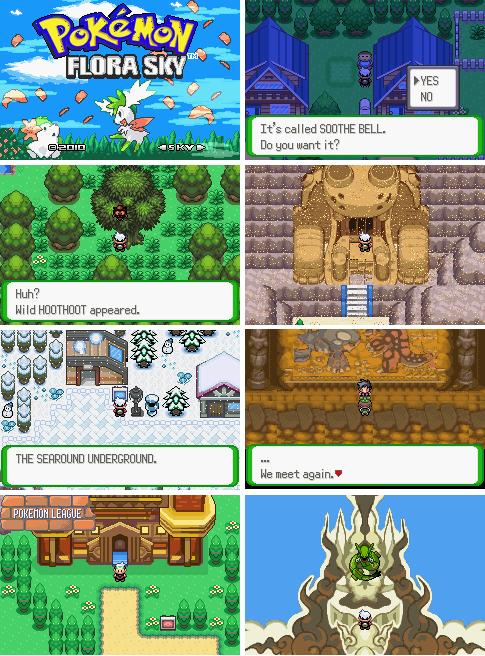 *Note: The ROM you will be downloading is titled "1986 - Pokemon - Emerald Version (U).gba but it is already UPS patched to be Pokemon Flora Sky. Just paste and play.

And seeing that this Pokemon game is relatively new, you can't avoid getting lost on quests and prerequisites. So I'm also throwing in a Pokemon Flora Sky walkthrough guide to assist you in playing through the game.


Anyway, you can play Pokemon Flora Sky right in your desktop, but if you have gPSP installed in your Playstation Portable you can play it in there too.

Credits to Sky and the Pokemon Community forums for creating and spreading the Pokemon Flora Sky Final Version. And of course me, for redistributing it in patched download.