The title of the Portal 2 soundtrack if I'm not mistaken is Songs To Test By. It was just upped a couple of hours ago and fans are loving it - partly because it's free and partly because Valve is awesome simply by doing this, not to mention that they were awesome before they even released the Portal 2 Soundtrack.

The songs in Songs To Test By, some say, are similar to the background music while playing the game. Some say it's weird to listen to while half-asleep, while most agree with the tracks just being - and this keyword I emphasize - awesome.

This is the simplest download you'll be able to experience all day. No waiting time, no sign-ups, no registrations, no nothing. Just click and download. It's that simple. It's that because Valve is simply awesome. Continue on below for the official Portal 2 Soundtrack free download links: 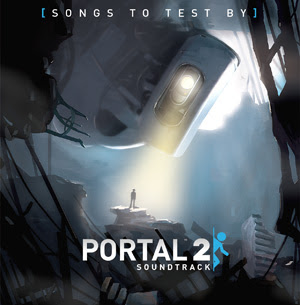 And as if that wasn't enough, Valve decided to throw away free Portal 2 ringtones too, both for iPhones and Androids! Check it out.


5. I Saw a Deer Today
Android, iPhone
6. Comedy Equals Tragedy Plus Time
Android, iPhone
But wait, that's not all. Apparently, this is just the 1st of 3 free volumes that Valve has put up for Portal 2. In short, we'll be given more free goodies in a couple of weeks time. But let me tell you, there's a running joke that Valve is afraid of 3's and that the 3rd volume would never materialize. Either it would or not, what matters right now is Valve's awesomeness.

Best thing I found all day hands down. Thanks to Valve and all that needs thanking for the free Portal 2 Soundtrack and ringtone downloads.