Nintendo unveiled at E3 2011 its new console the Wii U. Formerly known as the Project Cafe, this Wii successor boasts more graphical power—obviously to play catch-up with the Xbox 360 and Playstation 4—and a fun-looking controller which is very reminiscent to today's smart tablets.

The Wii U will be available next year. No technical specifications or prices has been released on Nintendo's E3 booth this year. Not even a live demo of the said device was made. Still, it impressed people present in the Nokia Theater. 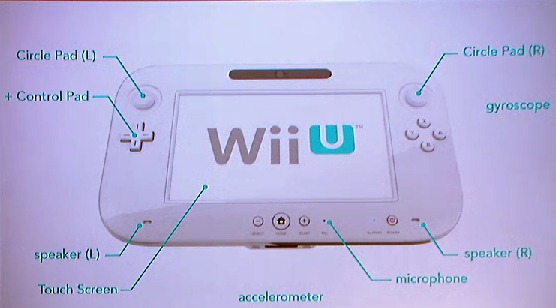 One of the more pleasant things E3 2011 offered was the Wii U controller. Aside from serving as an input unit to the Wii U, one can also play simple games, make video calls, and surf the web with the controller. The controller features a 6.2-inch screen, has a rumble feature, a microphone, two speakers, an accelerometer, gyroscope, and a front-facing camera.

As impressive as it looks, I expect astronomical prices for the controller alone.

Title-wise, the Nintendo Wii U will offer a vast array of hit remakes from its library of games. Expect Mario, Zelda, and F-Zero games to fill the Wii U shelves once it comes out next year.

The Nintendo Wii U will be fully backwards compatible with all former Wii game titles, equipment and paraphernalia. 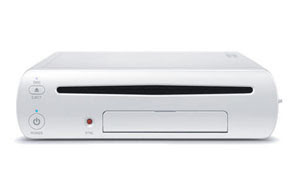 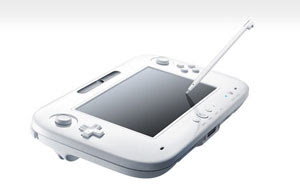 Storage: The console will have internal flash memory, as well as the option to expand its memory using either an SD memory card or an external USB hard disk drive.

Other: Four USB 2.0 connector slots are included. The new console is backward compatible with Wii games and Wii accessories.

The price point of the system will be competitive to the current prices of the PS3, 360 in terms of value
The games shown for Wii U at the show were actually PS3 and 360 versions but the Wii U will look the same or better
No BluRay Support
Controller's screen is single-touch
Backwards compatible with the Wii's Games, but no upscaling is done
Nintendo Online system to be announced by the end of the week

Lastly, I heard someone say that this thing can run Battlefield 3 in maximum settings. To date, no console has been successfully able to play Battlefield 3 at max settings.

I don't know if it applies here since it's from the PS3, but great job Jeremy. Also, thanks to Reddit for the Wii U fact sheet.