There have been rumors circulating the net about the upcoming Windows 8's capability to run Xbox 360 games such as smash hit Halo Reach.

This issue comes along as Microsoft wants to ensure that Windows 8 has a wide range of gaming capabilities, possibly including the Xbox 360 experience complete with Xbox Live.

Well, how about profits? You can't deny that Microsoft earns money every time it sells an Xbox 360 unit. Well, remember what Sony said? They said that they actually make little money off the PS3 and their biggest earners are the titles being sold here and there. Let's just think that same thing applies to Microsoft. If that's true, then removing the Xbox 360 from the equation would earn them more profit. 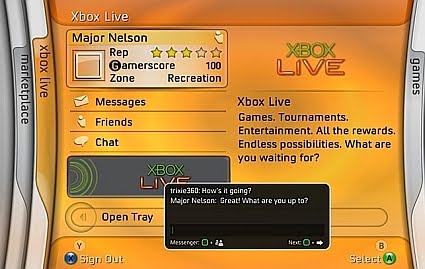 That's not to say that Xbox 360 gamers won't get angry. As early as now the theoretical PC to Xbox 360 model is getting a lot of flak from fans. They're saying that PC geeks would just cheat their way through and that pirates would dilute the playing field.

At the end of it all this is still just a rumor, nothing else. But–and a huge but it would be–seeing that the Xbox 360 has been around for years, it may just be time to call it quits, retire this monster, integrate its titles with the immortal PC, and move on with the Xbox 720.