While both the game and the demo aren't officially out yet, looks like a lucky bastard got a hold of the Naruto Shippuden Ultimate Ninja Impact PSP game. According to sources, YouTube user "mousdusm94" got a copy the said game during the Japan Expo at Paris, France. Like mentioned, this dude must have been wearing a rabbit's foot pendant while he was there. This is like God of War: Ghost of Sparta all over again (if you didn't know what happened don't ask). And do note that the leaked demo is the EUR version, totally in French. At least we can understand something, I guess. Can someone translate "Lor's dune attaque ennemie appuyez sur pour esquiver ou riposter!" for me please? 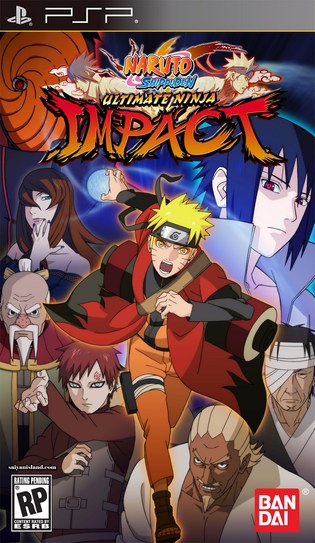 Credits to Baldassano for being the first to write the Naruto Shippuden Ultimate Ninja Impact DEMO [EUR] CWCheats. This dude is for real. Anyway, I'm sure other coders out there aren't far behind. They'll release their codes too. And expect this page to get updated once that happens.

And oh, if you haven't yet, I've seen the Naruto Shippuden Ultimate Ninja Impact demo. It's worth 988MB, just 12MB shy of getting to 1GB. And to think that's just only a demo. I wonder how big the actual game is. Hah.