Word was out that a Google+ user can now play games on Google+'s games tab. So I started tinkering with my Google+ account, needless to say I'm not a big fan of social networking (didn't even have a Friendster account).

What I'm a big fan of though, are games. And unsurprisingly, my Google+ games tab is already activated. Me being me, I took a screengrab of the initial Google+ games list—or as they would say, the 1st Generation Google+ Games.

Proceed to the screengrab below to see the first 16 games Google+ is offering: 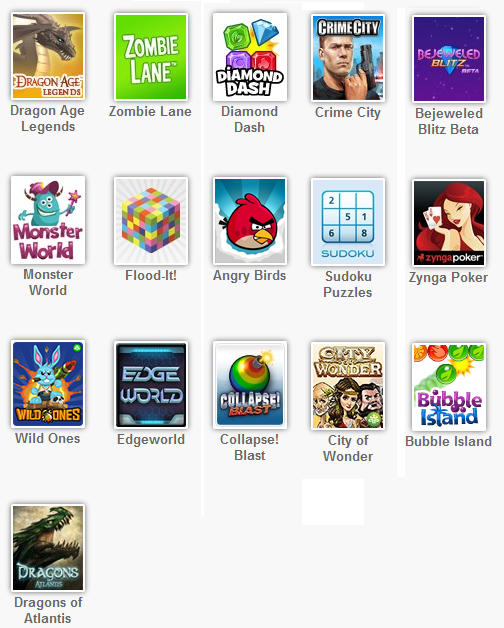 If you're a Facebook user, then you've probably heard of Bejeweled Blitz, Zynga Poker, and Zombie Lane. Even so, you might've heard other titles on different platforms such as Angry Birds on the iPad.

One last thing though: Look at the game icon for Crime City. Yes, that's John Cena on the Google+ games list.

Now I'm off to sample these games. Hope I find them good.