PC Gaming is Not Dead

Personally I think PC gaming is not dead, it's far from dead. With all the games coming to the PC these coming months e.g. Battlefield 3, Dota 2, Diablo III, how can one definitively say that PC gaming is dead? Heck, I have a 500GB slim PS3 at home packed with games, but I still play games on my PC as heavily as I would on my consoles and handhelds.

That said, the following is the Razer open letter just like how you'd see it on the Wall Street Journal. Read on: 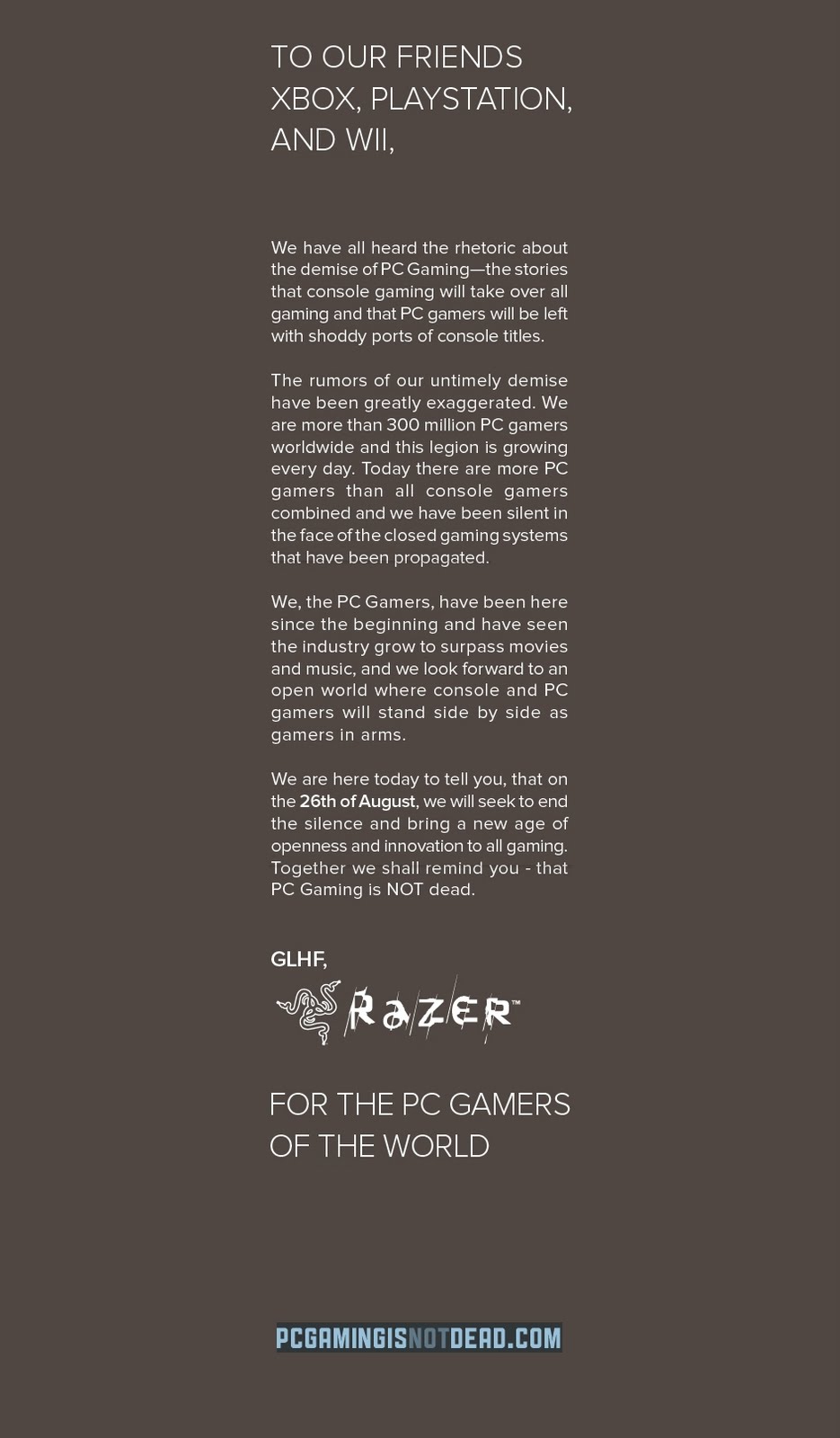