Groupon is now in 46 countries and the new iPhone app makes it easier than ever for people to get the best deals in their own neighborhood – from London, England to Rio de Janeiro, Brazil. And now, Metro Manila, Cebu and Davao! (Click image to enlarge)

Groupon offers a seamless buying and redemption process for both consumers and merchants. Features of the new Groupon app include:

How to Get the Groupon iPhone App 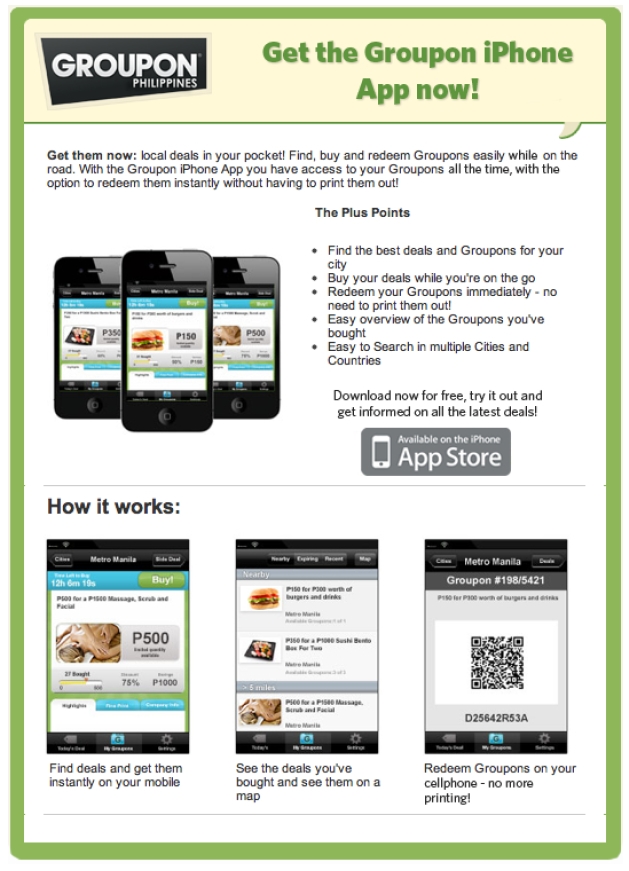 “Groupon is changing the way that consumers support local commerce in cities all over the Philippines. Our new app brings the best deals directly to your pocket,” said Patrick Cuartero, CEO of Groupon Philippines.