Today marks a very sad day in the tech world. Steve Jobs, pioneer extraordinaire, reinventor of the mobile, music, video and computing industries, was declared dead this Wednesday at 56.

If you'll remember a couple of months ago, a sad picture of Steve Jobs suffering from pancreatic cancer has surfaced in the biz website TMZ. People in the internet even argued that it was allegedly photoshopped for a more dramatic effect. Unfortunately, now we fully know for a fact that it wasn't altered in any way, and that was the public's last glimpse of the Apple visionary alive.

While Steve Jobs' illness isn't anything new—in fact he has been suffering from the dreaded disease for more or less 7 years—what's astounding is his longevity given the fact that he has pancreatic cancer. Like medical experts and other people in the medical field pointed out, a person with pancreatic cancer can only live for so long. But Steve, see, he lived full on until this day.

Like I said in my previous post, Steve Jobs fought a good fight. Before he died, he introduced things the world would've never knew if not for him.

And Steve, wherever you are right now, I know you're all good. Does it help if I tell you I own three Apple products? 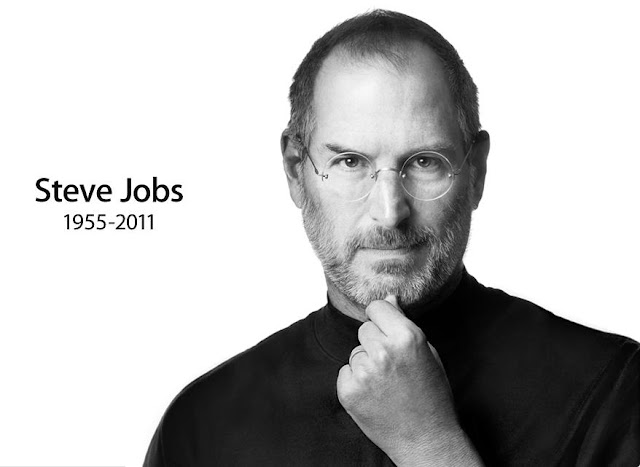 I have some very sad news to share with all of you. Steve passed away earlier today.

Apple has lost a visionary and creative genius, and the world has lost an amazing
human being. Those of us who have been fortunate enough to know and work with Steve have lost a dear friend and an inspiring mentor. Steve leaves behind a company that only he could have built, and his spirit will forever be the foundation of Apple.

We are planning a celebration of Steve’s extraordinary life for Apple employees that will take place soon. If you would like to share your thoughts, memories and condolences in the interim, you can simply email rememberingsteve@apple.com.

No words can adequately express our sadness at Steve’s death or our gratitude for the opportunity to work with him. We will honor his memory by dedicating ourselves to continuing the work he loved so much.

What is Pancreatic Cancer?

Cancer is a class of diseases characterized by out-of-control cell growth, and pancreatic cancer occurs when this uncontrolled cell growth begins in the pancreas. Rather than developing into healthy, normal pancreas tissue, these abnormal cells continue dividing and form lumps or masses of tissue called tumors. Tumors then interfere with the main functions of the pancreas. If a tumor stays in one spot and demonstrates limited growth, it is generally considered to be benign.

More dangerous, or malignant, tumors form when the cancer cells migrate to other parts of the body through the blood or lymph systems. When a tumor successfully spreads to other parts of the body and grows, invading and destroying other healthy tissues, it is said to have metastasized. This process itself is called metastasis, and the result is a more serious condition that is very difficult to treat.