In this age where gaming is a real job, where companies, both big and small, hire you to play for their brand (especially prevalent in S. Korea and China e.g. WoW gold farmers), precision is key. When $10,000 is riding on your next headshot, you couldn't afford to miss. This is the reason why precision gaming mice have sprawled over the marketplace, aiding players in their quest to be the most accurate in their gaming field.

In this respect, I received a package from a local rep of CM International a few days ago, the package containing the CM Storm Series Spawn mouse. 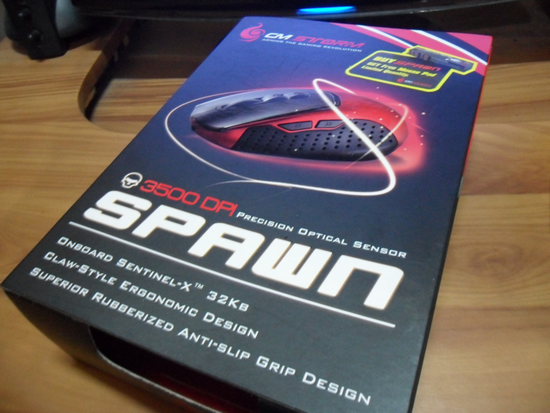 The CM Spawn box looked totally legit, it even has its own velcrow pop joints. You really know people are hell serious when they include velcrow in their product's packaging. 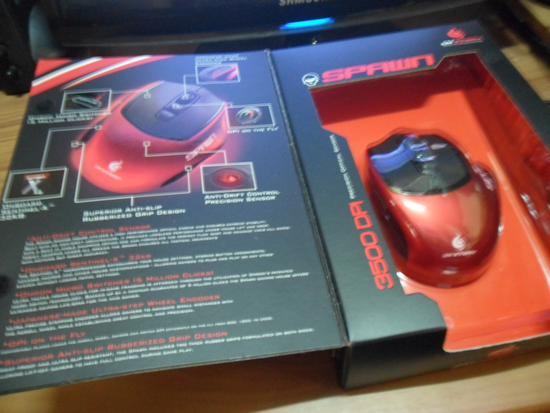 What I love most about the CM Spawn is it's extended grip latch where you can rest your ring finger on to (ergonomic claw design). Pointing finger and middle finger at the left and right clickers, meanwhile the ring finger rests on the Spawn text. It feels absolutely like holding something that's fused to your hand securely. Ain't no way your right hand is going nowhere. Designed for precision as the box says, definitely true. 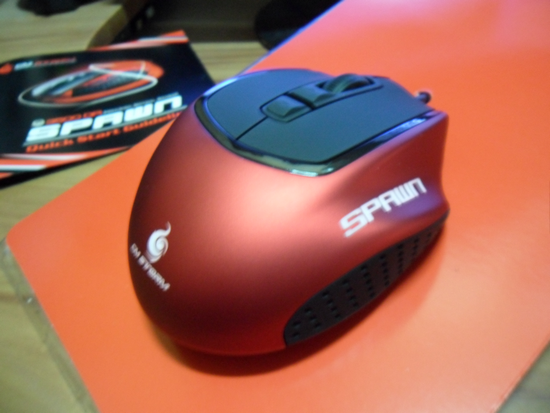 I also feel the suede-ish powderpaint texture of the mouse clickers itself. Sweaty fingers? No problem. Your grip would be secured as heck. All that in a red and black glossy combo finish.

Also notice the dimples on the mouse's sides akin to a golf ball's. Dimples on a golf ball is said to reduce drag and increase airflow, suggesting that this same design could be also related to the CM Spawn. Then again, it's simply just the anti-slip design prevalent in the CM Spawn design. 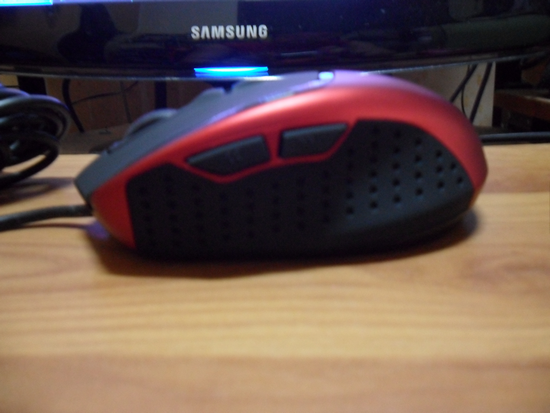 Now you can move forward and backward without pressing the W and S keys. The side buttons in the picture above would help you do just that, strategically located where the thumb, one of the most dexterous fingers is usually placed.

Of course, a mouse that looks and feels good should also perform good. See the undercarriage of the CM Spawn below: 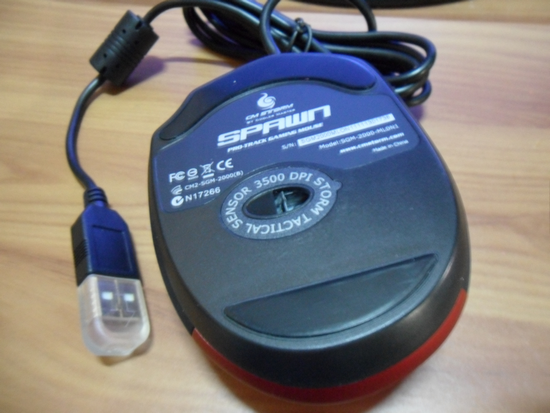 That's the red eye of the beast right there. Stare at it too much and you'll suffer temporary vision loss.

At 3500 DPI (wherein technically if you move the mouse 3 inches horizontally on your mousepad it would directly translate to your mouse pointer crossing 3 whole PC monitors horizontally at a 1024x768 screen resolution setting), it's frankly not the highest DPI offering out there, but is absolutely very, very competitive.

I ran the CM Spawn side by side against a standard optical PS/2 mouse plugged on the same CPU at the same time while playing FPS games like Counter Strike and Left 4 Dead and TD games like Defense of the Ancients for a couple of days and you can really see and feel the difference.

Let me ask you this: Do you lift your mouse regularly just to power-rotate to the left or to the right while playing FPS games? Yes I'm guily of that. It's just that there are just some unavoidable situations that you really need to lift your mouse to turn suddenly to hit back on an enemy. But not with the CM Spawn it ain't. Power-rotate to any direction needed with a few inches of mouse movement. That's why DPI is important. Low DPI, small mouse move, little mouse pointer movement. High DPI, small mouse move, large mouse pointer movement, absolute precision. If you're not feeling DPI-ish though, the two buttons below the CM Spawn mouse-wheel are there to increase or decrease your DPI output, from 800 to 1800 (standard pro gaming settings) to 3500. 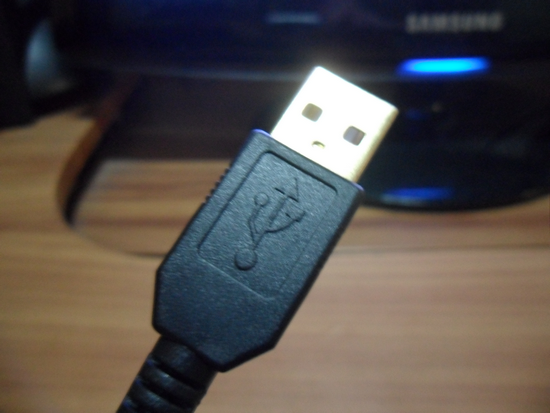 Meanwhile, the CM Spawn USB connector, unlike standard mice, is gold plated. Gold translates to faster and better performance because it's a very good conductor. Actually, a lot of people argue that gold plating in digital systems is totally ridiculous since gold largely helps only analog systems e.g. stereo jacks i.e. gold connections on digital systems won't help deliver faster data. But CM is not about to leave loose ends don't they? What they're trying to do here basically is to make sure that your mouse is right on the money—precision.

Another thing that's a standard on high end mice today are onboard memories. The CM Spawn carries a Sentinel-X™ 32KB on it which allows you to store macros and other mouse customizations. I tried to fiddle with it, but instead had a hard time thinking on what game to use it for, considering that I'm used to using basic controls on the games that I play.

When you buy a CM Spawn, CM will throw in the CS-S Battle Pad H2, which is essentially a skid-proof precision mousepad. 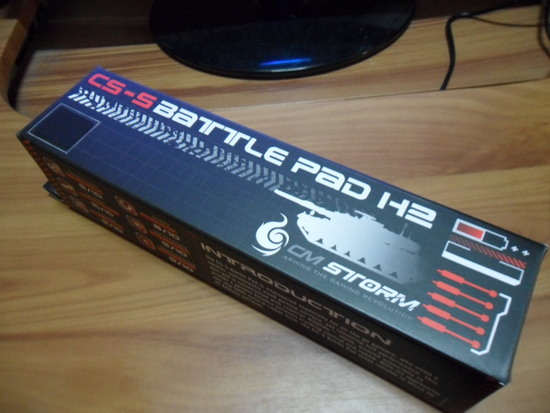 Don't the CS-S battlepad and the CM Spawn just look so nice together? Sticker tag says limited supplies only. If you want to grab one then get one ASAP.


For P1,500.00, this precision mouse is right at the ball park. Not too expensive, fantastic performer. A great deal all around. Not to mention one of the best looking mice out there.