One of the features of the Motorola Droid RAZR is it's very thin body. It's so thin it makes the HTC Rezound look fat. But its thinness doesn't mean it would break easily. It's made with Kevlar fibers and the screen is made out of Gorilla glass, the type of Glass that's very hard to break (unlike the iPhone's).

Just to add to your indecision on which smartphone to choose out there, here's the Motorola Droid RAZR specs, price, availability and features. 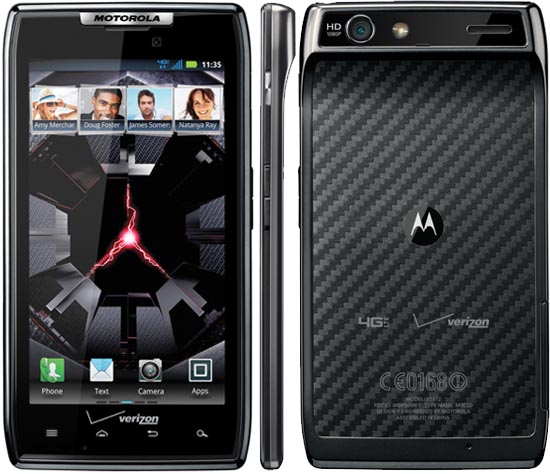 
The Motorola Droid RAZR is one gorgeous phone. Of course, my only gripe is again Verizon's glaring logo at the lower front portion of this smartphone. In my opinion it should be hidden away in the insides of the phone, somewhere that it can't be seen, like the rear face of its battery.