Ragnarok PH released a series of events called the Novemberrific Event, part of which is an in-game quest called The Resurrection of the Dead. The mechanics are simple: Talk to "dead" people—some of them would ask items—and they'll give you the quest item "Halloween Fragment." Thing is, the Ragnarok PH website didn't mention the exact coordinates of each NPC, so doing the quest is a very challenging task. What's more is, you need to talk to at least 20 (there are 24 NPCs available to talk to, each would give you a Halloween fragment) to get the "Witch's Pumpkin Hat" Halloween promo item.

Being the gamer that I am, I accepted the challenge. It took me 3 hours to finish the whole quest. I listed all the coordinates of the NPCs involved in The Resurrection of the Dead Quest so that other people can do the quest easy. I did try googling for it earlier unfortunately I can't find any comprehensive quest list so I thought I'd make and share my own. I'd do the quest asap if I were you. It's going to be removed soon. Check it out.

Calois
Inside Airship Dock 67 251 (Right after exiting the airship going down the stairs)
Req. item: Oiled Paper (You can get this later at Gonryun by killing Rice Cake Boy spawns)

You only need to talk to 20 of these 24 available NPCs. If you'd rather not hunt or give them items then avoid the 4 NPCs that would ask for items.

And of course, I got what I came for-The Witch's Pumpkin Hat. 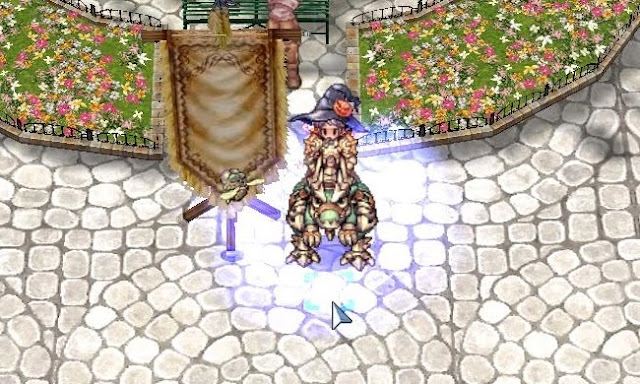 The Resurrection of the Dead Quest is a pretty worthwhile quest if you ask me. I got to meet a couple of real people while doing the quest. In Ragnarok's bot-infested community, it makes you happy to learn that real people still play the game. Brings back the old days.