It's that time of the year again where fans of Chinese Feng Shui read predictions for the following year, 2012 to be exact. Last year we had the Metal Rabbit. This time it's either the Year of the Yang Water Dragon or the Year of the Earth Dragon in the Water Year. Go figure. 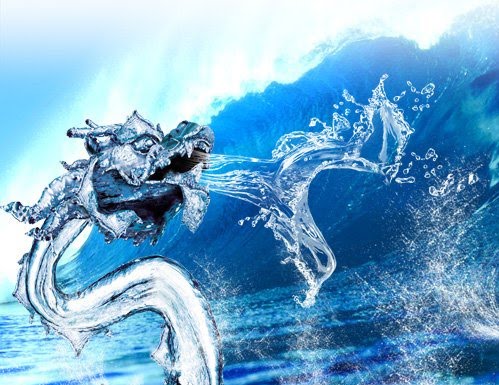 
The Year of the Dragon – 2012 in the Hsia calendar, is symbolized by two elements; with water sitting on top of earth. According to the cycle of birth and destruction, which governs the inter-relationship between the elements, earth is the destroyer of water and so they are on the destructive cycle and have a conflict relationship. This aspect is the same as the year of the Rabbit in 2011, which is metal over wood, also conflicting elements. Such conflicting elements usually mean the year will not be peaceful with more international conflicts and struggles coming up.


The year 2012 is the year of the Water Dragon. From the reading of the stars and element relationships in the paht chee chart, this year is going to be a transformational life-changing year! Generally, there are more goodies in store for you in the year 2012 than 2011. It’s a good year to improve oneself, take calculated investment risks and to build wealth. The year 2012 holds much promise and may be a major transition in your life. Whether it turns out extremely good, or really bad, will depend on how you ride the mighty Water Dragon!

It seems to me that Feng Shui predictions for the year of the Water Dragon in 2012 are a wee bit varying. Some say it would be a prosperous year for Earth and Water Dragons alike, while some are saying that 2012 would be a year riddled with natural disasters because water is incompatible with metal, the metal being the Metal Rabbit of 2011. Apparently water "would rust" the metal.

Ultimately, one's luck and fortune rests on the person. However lucky you are on a given year, if you're not going to do nothing about it then you'd feel unfortunate. It also goes the other way. No matter how unlucky you are for the Chinese, don't let the Year of the Water Dragon 2012 Feng Shui predictions stop you. They're just predictions after all.

Now, doomsayers are a totally different thing. Lots of fortune tellers out there would tell you that the world will end next year. I doubt it.

[Sources: as linked above]