CES 2012 has not even concluded yet, but Razer had already shown their aces out. They had a number of announcements over at CES 2012, but nothing is bigger than their announcements of the Naga Hex, the Synapse 2.0, and the Project Fiona.

As you know, Razer specializes in gaming peripherals such as action keyboards and mice. But if you've noticed they're slowly expanding their portfolio out of the peripheral hardware section and into the cloud and PC scene. A couple of months ago they announced the first true gaming laptop the Razer Blade. Now, they have their newest gaming concept: A cross between a tablet and a handheld, the Project Fiona.

So let's start discussing about Razer's CES 2012 releases and hopefully want to buy a thing or two from their company.

If you're into MOBA games such as Defense of the Ancients, Heroes of Newerth, or League of Legends, the Naga Hex is the right gaming mouse for you. Designed with six mechanical buttons to specifically bind the spells, abilities, items, and other invaluable commands in mind, the Razer Naga Hex proves reliable in crunch times, especially if one click of a button spells the life or death of your character. 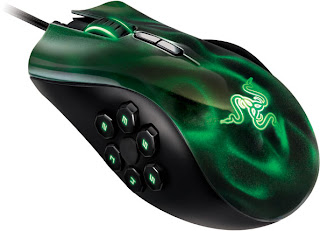 When I think of MOBA games I keep thinking of Starcraft 2 and Diablo 3, especially Diablo 3. That game is rumored to be released at February this year, so if anything, the Razer Naga Hex seems to be the mouse of choice for that spell-filled game.

Take an iPad, a pair of metal braces, and weld two Nintendo Wii sticks on it. What do you get? The Project Fiona gaming tablet.

The Project Fiona seems to have been taken straight out of the dashboard of a fighter jet cockpit, sans the axle and all the other controls of course. While the idea is far from revolutionary, the Project Fiona concept shows that you can be a winner by taking all the working products out there and then jamming them into one mad-looking device.

The Project Fiona promises to deliver total control and experience in PC gaming in a portable tablet form. This thing apparently mimics the vibrate feature of the Sony Playstation's Dualshock controllers, so you can that when explosions come about in your game you can feel it right through the handles.

This portable gaming crossover also features full multi-touch screen features as all tablets would, but the similarity ends there. The Project Fiona would apparently be powered by an Intel Core i7, so basically you got a lot of power in your hands. That right there surprised me: You can't see a tablet powered by an i7 everyday. Imagine running Need for Speed games in such a portable form. Plus, you can play most PC games, if not all, on the Project Fiona since it's more of a PC than a tablet.

Personally though, I'm a little bit on the negative side on this. I doubt the idea will fly, but hopefully it will. Reminds me of the Sega Gamegear while everyone else was holding Nintendo Gameboys.

The Project Fiona gaming tablet would sell for below US$1,000.00, a little bit on the pricey side. If this thing proves to be a good sale, then Razer would be a little more profitable in the eyes of investors. Let's not forget what happened to the TouchPad though. The PlayBook seems that it would follow suit anytime. This will truly fly if it can grab gamers away from the iPad.

The world’s first cloud-based unified driver and peripherals management software Razer Synapse 2.0 has officially moved out of the beta stage and is now available for public download. 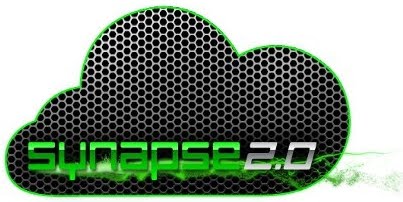 The new Razer Synapse 2.0 software is built on next-gen, cloud-based technology to give gamers full access to all their peripheral hardware settings, anytime, anywhere at tournaments, LAN centers, at home and at the office. Gamers will be able to take their Razer Naga HEX and any other supported peripherals to a LAN center and instantly sync their personalized custom settings simply by logging into Razer Synapse 2.0. Pro-gamers will be able to access custom settings while using Razer peripherals provided by a tournament host; so they spend less time setting up controls and more time gaming. As a unified driver for all upcoming Razer products, Razer Synapse 2.0 also automatically downloads game add-ons, and firmware updates as they become available, ensuring Razer devices are always updated and in optimum condition for winning.


And that wraps it up for this post. Check out Razerzone.com for more details on their products. And if you're going to CES 2012, Razer's booth is over at South Hall 3, #31473.