Nokia Lumia 900 of AT&T is an incredible device that deserves all the praises it is getting. Previously, it was announced in the Consumer Electronics Show in the January and very soon it will be available on the shelves of AT&T outlets. It is a catalyst with which Nokia is aiming to get back its lost share in the market of United States. Microsoft and Nokia have spent millions of dollars on educating AT&T employees and on advertising about Windows Phone. Now, let us discuss about the top five features of Nokia Lumia 900.

Nokia Lumia 900 is one of the most amazing smart phones. Its industrial design is quite simple that means there aren’t any odd button all over this smart phone. Anyhow, there is a power button, a quick camera launching key and of course, the volume key. Nokia launched this smart phone in black, glossy white and cyan. But, again a boring black color. I think Nokia and AT&T should go for something new in this regards. Nokia’s decision to use polycarbonate plastic is really superb as now your phone never look like 2-3 years old only after a few days use. 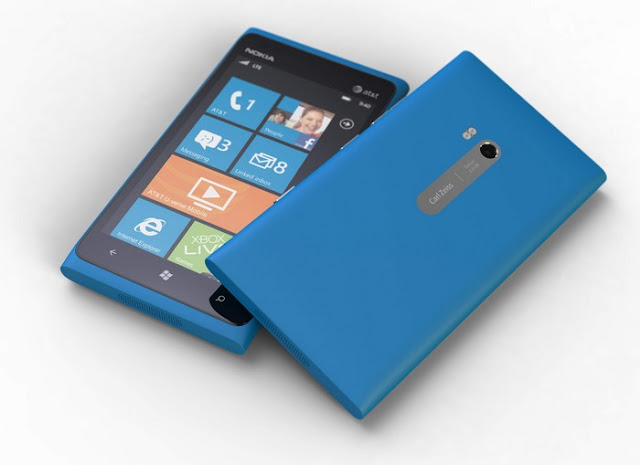 Another amazing feature of Nokia Lumia 900 is customization with Nokia Software. Microsoft and Nokia have an agreement that Nokia can customize its Windows Phone devices with its own special applications. Nokia applications such as Nokia Drive, Nokia Contact Transfer and Nokia Maps are few applications that are available in its Windows Mobile phones.

Nokia mobile phones are always known for using amazing camera sensors. I remember N82, N95 and N8 that have superb camera sensors equipped at that time. Even there is no beat for Nokia N8 12 mega pixels camera till today. Anyhow, Nokia Lumia 900 is equipped with 8 mega pixels with Carl Zeiss optics, dual LED flash and auto focus. Images really look vibrant and sharp in its AMOLED display screen. It also makes video recording at 720 pixels with video stabilization. A secondary camera is also installed in this smart phone for video calling that become a must today.

Nokia Lumia 900 also features all day battery life. It is loaded with 1830 mAh Li-Ion standard battery that gives standby of 300 hours; talk time of around 7 hours and music play of up to 60 hours. That sounds really amazing because today’s smartphones lack long life battery and you require frequently charging it. Nokia Lumia 900 for AT&T network is a 4G LTE version. Nokia is also planning to launch a HSPA+”>HSPA+ version but later. Its big 4.3 inches AMOLED capacitive touch screen gives an amazing view with 480 × 800 pixels resolution and 16 million display colors.

Nokia Lumia 900 features 16 GB internal storage capacity with 512 MB of RAM. Anyhow, its storage capacity is not expandable because card slot is not provided with this smart phone. In totality, this Microsoft Windows Phone 7.5 Mango based smart phone for AT&T network will create waves in the mobile phone of United States.

About the author: Brianne is a blogger by profession. She loves writing on technology. Aside from this she is fond of gadgets. Recently an article on Nokia E71 themes attracted her attention. These days she is busy in writing an article on Samsung Champ 2.