Smart Communications, one of the Philippines' top wireless providers, exclusively launched the first and most affordable Nokia-Windows phone in the Philippines, the Nokia Lumia 710, at the Republiq Club in Resorts World Manila last April 19. Hosting the event were big names such as Rhian Ramos, KC Montero, and world-famous spinner
DJ Erick Morillo.

“We are very excited to be the exclusive carrier of the Nokia Lumia 710 in the Philippines,” said Smart Broadband Internet and Data Services Head Lloyd Manaloto. “We now have the widest range of smartphones running the best operating systems at prices that Filipinos will surely love,” he added. 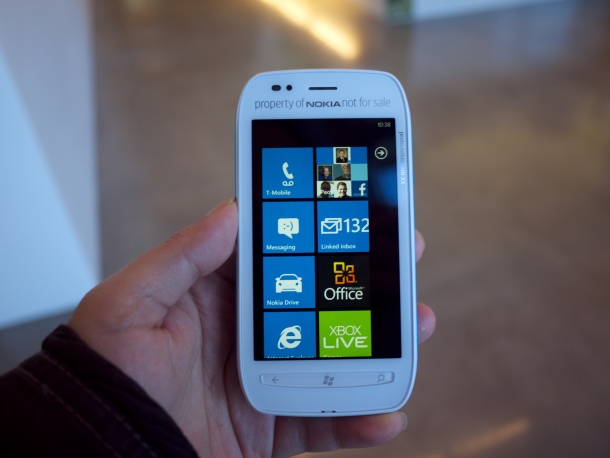 Powered by Microsoft’s Windows Phone 7.5 (codename: Mango) mobile operating system, the Nokia Lumia 710 is available from Smart at an amortized and discounted price of only P450 a month for 24 months, under the Special Edition Data Plan 1000. The purposely built, no-nonsense smartphone is designed for instant social and image sharing and the best browsing experience with IE9. The Windows Phone experience on a Lumia device can be amazing for those willing to try it out.

Touted by critics as Nokia’s “comeback kid”, the Lumia 710 is an affordable mid-range offering which features high-end hardware. For starters, it has full wireless connectivity via WiFi and 3G and boasts of a 3.7-inch multi-touchscreen. A large 8GB internal storage allows users to store music, videos, and downloadable mobile applications a.k.a. “apps” from Microsoft’s online store, Windows Marketplace. Snap-happy users will also enjoy taking high quality stills and footage courtesy of the 5-megapixel camera with HD video capture.

And last but definitely not the least, the Nokia Lumia 710 sports a powerful yet energy-efficient 1.4GHz processor which enables users to zip through everyday tasks for hours on end.

Smart would also be carrying the Nokia Lumia 610 and Lumia 900 in the near future.

On a personal note, from the way it looks, the Taiwanese aren't the only people that knows how to throw a party.