Globe Launches the Samsung Galaxy S III For As Low As P1,699

Globe Telecom, one of the nation's leaders in mobile and wireless technology, recently invited members of the media at the Mind Museum Exhibition Hall to witness the launching of the smartphone industry's current apple of the eye, the Samsung Galaxy S III.

The Samsung Galaxy S III—the most human phone yet—is a 1.4GHz quad-core ICS Android device that boasts a 4.8-inch Super HD AMOLED screen, a gig of RAM, and an 8MP camera. It's currently the most affordable and most up-to-date high-end smartphone in the market to date. 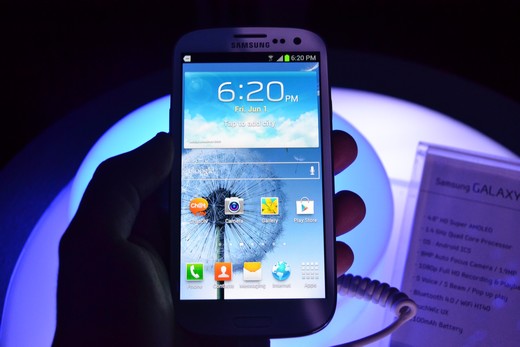 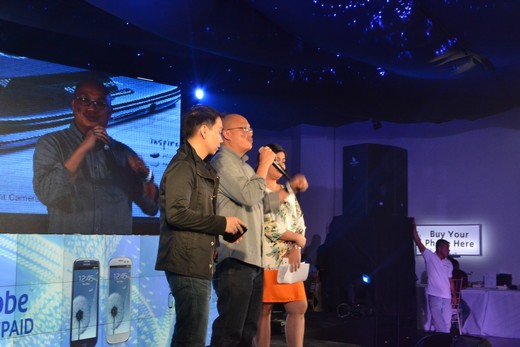 Peter Bithos and the Globe-Samsung crew
The Samsung Galaxy S III, the successor of the successful SGS and SGS II, has jam-packed features such as Pop-up Play (watch videos while surfing the web or whatever), an intelligent sleep feature (the phone will "sleep" once it detects you fall asleep), and Direct Call (just place the phone on your ears and the phone will automatically call whoever you were texting). 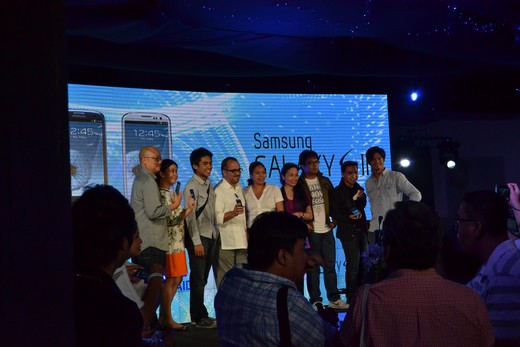 To know more about Globe's latest happenings and promos, follow them on Twitter at @enjoyGlobe (alternatively, search for the #GlobeGalaxyS3 hashtag) or like their fan page at facebook.com/globeph. 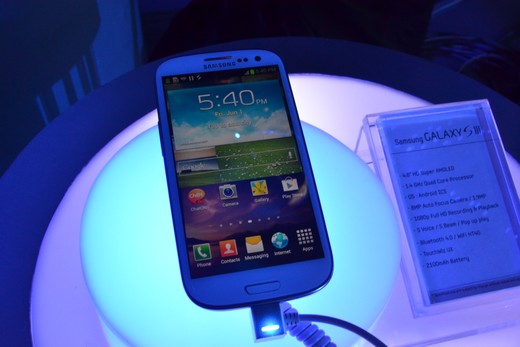 On a more personal note, I'm adding Globe to my list of companies that know how to throw a party. Free food and booze were flowing everywhere.