Sony Philippines brought mobile entertainment a notch further as they launch two high-end smartphone models from their Xperia line, the Neo L and the Ion last July 11, 2012 at the Aracama Filipino Cuisine at the Fort Strip, Taguig City.

Equipped with the Mobile Bravia Engine and the xLoud and Exmor R technologies, the Xperia Neo L and Xperia Ion are two 4-inch Android phones that are optimized for videos, music, photos, and gaming. 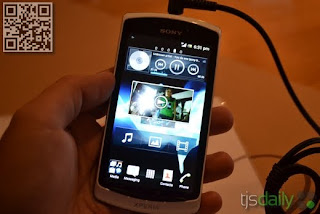 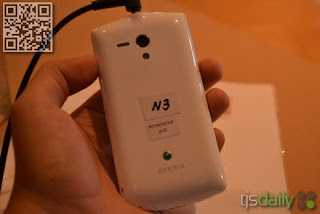 The Neo L, as affordable as it is, is a very gorgeous device. Available in black and white, this "curvaceous" smartphone sells for only P12,490.00. You read that right. It didn't even breach the P15k mark unlike most phones that scores a little more in specs but is much more expensive.

Another point of interest, as mentioned above, is the Xperia Neo L's out-of-the-box 4.0.4 ICS Android. You don't see much ICS devices at this device's price range.

It comes packed with a 1GB internal memory, 512MB RAM, and is microSD expandable up to 32GB.

Perfection aside, the only problem I encountered while handling the smartphone is its "curvaceous" top being unable to fit most flat-ended 3.5mm headphone jacks. The angle of the top portion of the Neo L is tilted around 35 degrees, so your jacks will have a little gap every time you install one. 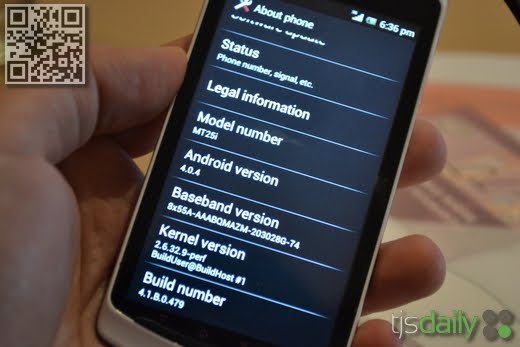 The Xperia Ion is a more powerful, more expensive Android device launched alongside the Neo L.

One of the major selling points of the Xperia Ion is its 12.1MP camera which is Exmor R-enabled, has 16x digital zoom, and has lots of filters and options. Another is its HDTV connectivity: Plug it in and you'll see the home screen of this phone right on the huge screen (actually serves as a cool way to browse media or watch videos). 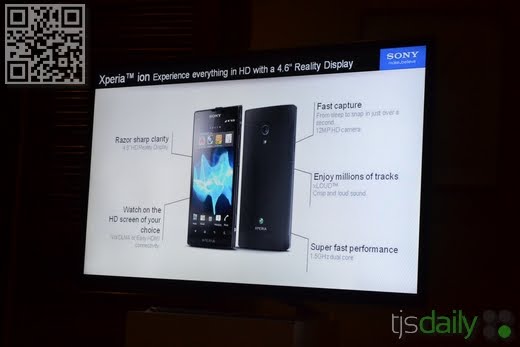 As powerful and as gorgeous as it is, the Xperia Ion is still running on 2.3.7 Gingerbread. Fortunately, Sony did a nice enough work on the UI all throughout the smartphone to hide the glaring blemish. Tech pundits anyhow are expecting the Ion to have an ICS update (or JB I guess) some time soon. Then again, Gingerbread is still Gingerbread. 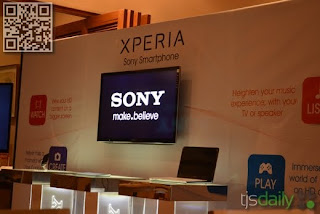 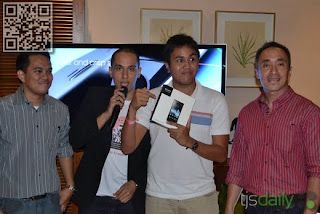 We don't have much on either the Xperia Neo L or the Xperia Ion, but we're hoping we'll be able to borrow some units soon.