Bad news for Tweeters or Twitterers (yes, with a quick Google search people that use Twitter are actually called those), Twitter was down for some time last night. The cause of the outage: data centre problems.

Apparently, two systems failed at the same time, the other one a backup for the main. Basically the main system died together with the backup, causing the Twitterverse to go haywire. 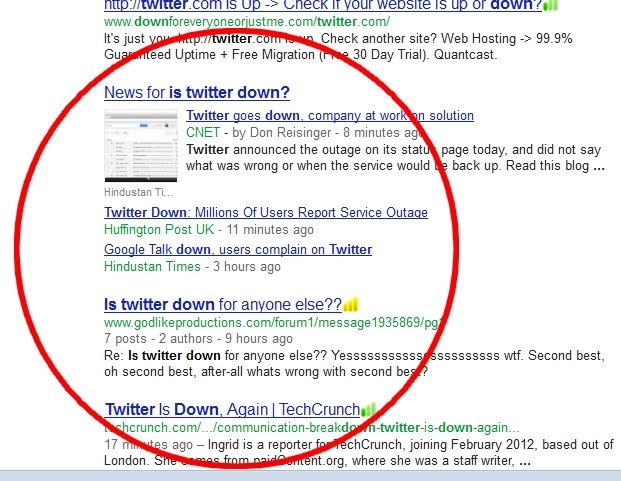 Google search results for "Is Twitter down?"
If you'll recall, Twitter also suffered an outage back in June due to a "cascading bug" problem i.e. a bug that started in one part of the system that cascaded to other parts of the Twitter system, causing an outage.

And if a downed Twitter service causes havoc across the globe for the few hours it was down, imagine the anarchy that would happen if the whole internet gets crippled.