Chinese blog site WPDang leaked two photos of what appears to be the next WP Nokia Lumia.

The Finnish phone giant Nokia is expected to unveil a new set of Lumia Windows Phones with the latest Windows 8 OS in the later part of Q3 2012. Then again, those phones aren't likely to be released this year.

The phone, pictured below, bears all the characteristics of a Lumia. It sports a yellow paintjob, a color which we haven't seen on any existing Lumia yet. It also appears to be running Microsoft's Windows 8 OS. 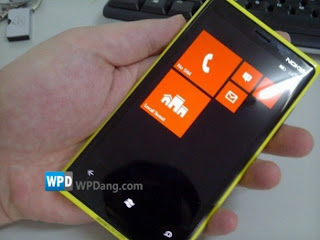 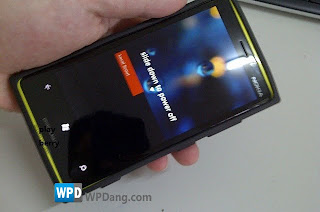 If this is true, I hate to be that guy who bought a Lumia this year