SM Supermalls would be holding a nationwide Cyberzone Tech Sale this coming Aug. 15, 2012 to Sep. 15, 2012. That's one whole month of discounts from all your favorite brands such as Sony, Samsung, and Lenovo.

A lot of launches would be happening at the remaining months of the year, the most significant of which is the iPhone 5 on September 12. An iPhone fire sale is already ongoing at the US, expect at least a couple of grand off of Apple items, and maybe 10% on items at the Cyberzone Tech Sale. 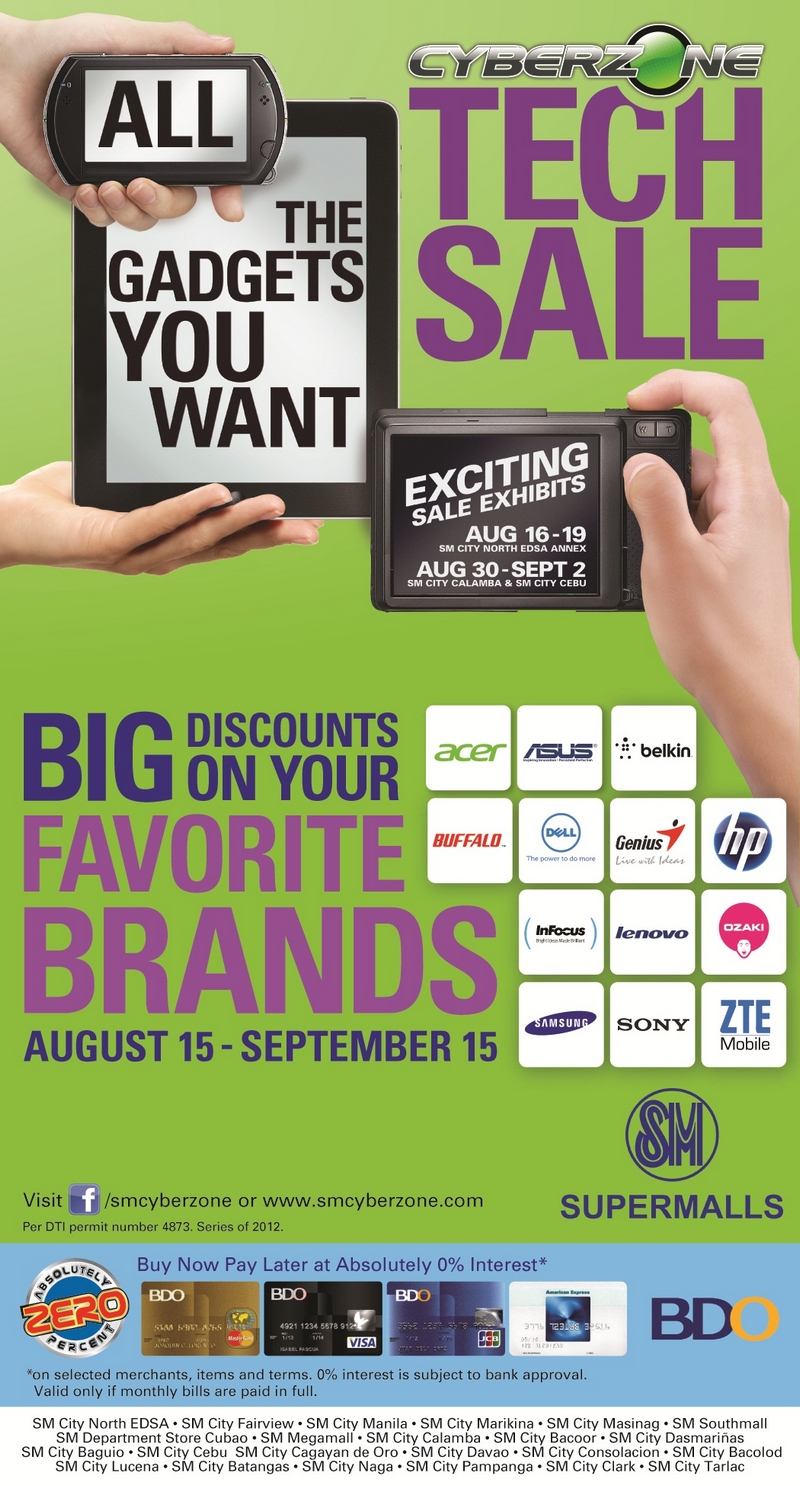 Incidentally, Cherry Mobile would also hold a one day sale of their W900 Dragon Phone at only P5,999 at Aug. 15, 2012. Expect a long queue at Cherry Mobile kiosks and concept stores nationwide.