BenQ recently held an intimate meeting with the members of the media to announce the their new VA LED display systems and its benefits. This and more as BenQ enjoys growth in local sales and an strong increase in brand presence.

People that are display-conscious would be interested to know more about the new BenQ VA LED monitors. BenQ's new VA (Vertical Alignment) products were pitted against the popular TN (Twisted Nematic) display during most of the demonstration. Not only were BenQ's VA LED display systems better in terms viewing angles and details, it also implements a Native Contrast Ratio, a Dynamic Contrast Ratio, and supports true 16.7m colors (as opposed to TN non-true support for the same color value) 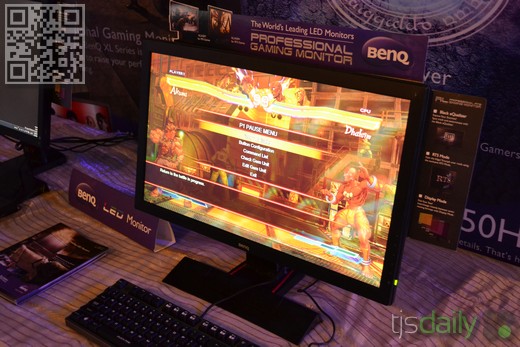 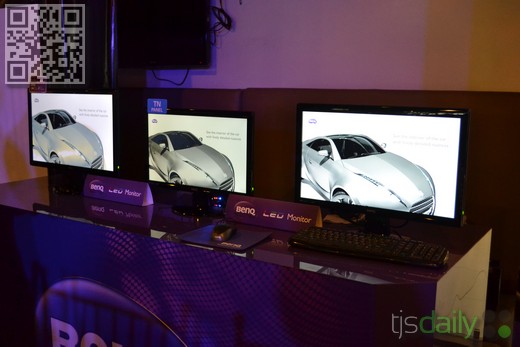 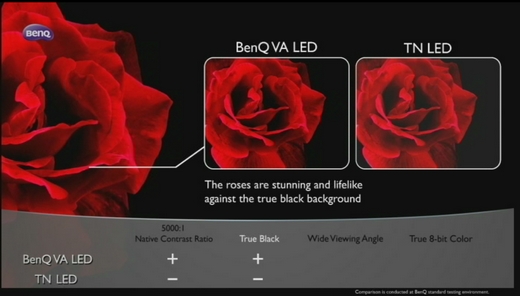 So if you're after great monitors for the cheap, go to the nearest computer shop near you and ask for BenQ VA LED displays.

As a closing, a BenQ higher up confirmed that their television systems could arrive in the country as early as 2013. I don't know their numbers exactly, but they seem to be performing greatly in the Philippines, especially in the gaming department.