Globe Telecom, in what seems to be the nation's first, unveiled their latest service—the Globe 4G LTE Data Roaming—in front of media and international partners.

Data roaming is when you start using data connections such as internet and email—WiFi connectivity aside—outside your mobile carrier's geographic coverage. This method, if not used properly, will incur huge carrier charges. But with Globe's new 4G LTE data roaming, you're guaranteed to spend less. 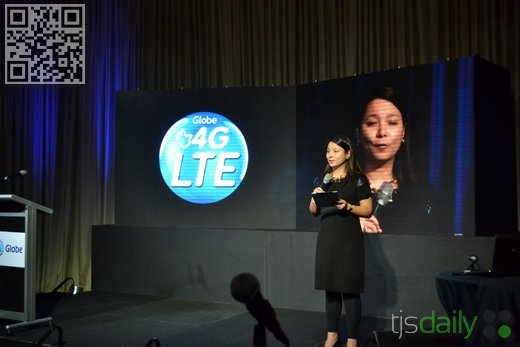 The Philippine company partnered up with China Mobile in Hong Kong—one of the world's largest—to provide 4G LTE connectivity between the two regions. A live demonstration was held onsite showing a live feed from Victoria Bay. Assuredly, the service was fast enough to make lags inexistent. Globe will charge US$ 10.00 (approx. PHP 412.00) for a day's worth of access.

Aside from the partnership with China Mobile, Globe is planning more international 4G LTE coverage in countries such as South Korea, Singapore, Japan, North America, and the Middle East.

Earlier this year, the company launched their 4G LTE service, the Tattoo Black. The service offers two variants: Up to 28mbps for PHP 1,799.00 and up to 42mbps for PHP 2,499.00, including lots of perks and extra services such as a personal concierge.