Smart Communications recently outed their  "Bite into the better network" campaign, utilizing their celebrities such as Anne Curtis, apl.de.ap., Derek Ramsay, Luis Manzano, Ramon Bautista, and Cristalle Belo for black and white shots of them holding an apple.

Now, we're not one for discussing speculation, but if you read between the lines, Smart is probably hinting at its iPhone 5 release. Read on below as we connect the dots. 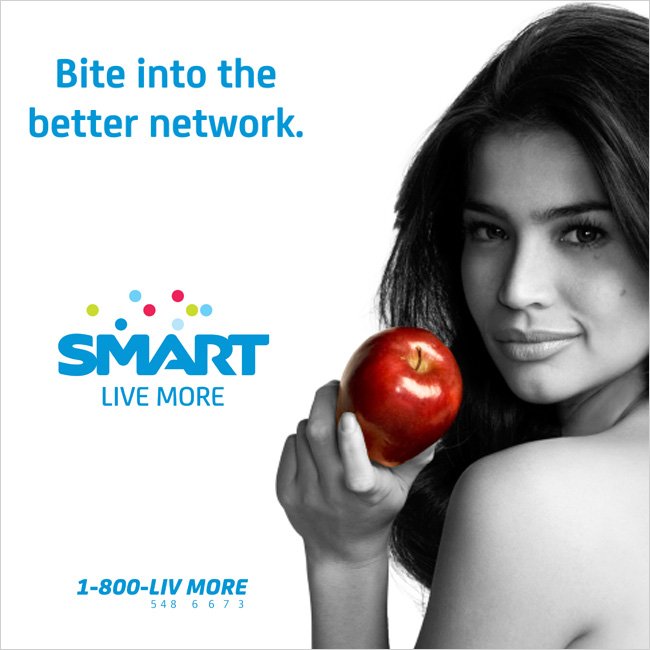 Hints as to Smart's iPhone 5 Release

All celebrities included in the campaign are holding apples : Apple's (AAPL) logo is an apple

The campaign's tagline is "Bite into the better network" : Apple's (AAPL) logo is an apple with a bite

Images in the Smart campaign are done in monochrome : Apple's (AAPL) logo color can be considered monochromatic

At this point, Smart could probably launch anything but the iPhone 5. They could launch a promo with an iPhone 4S at Plan 2499 bundled with a free iPod Touch 5th Generation and so on. You get the idea. But it's unlikely they'd do that since they're a communications company inclined at one-upping competition through first releases.

So, will we finally get a glimpse of the iPhone 5 before this year closes? Nobody knows. One thing's for sure: the iPhone 5 is currently available only through unofficial channels.