The awesome people at WebGeek Philippines and Smart DevNet are going to hold a nine-hour long mobile app hackathon on December 1, 2012 at none other than the Smart Tower itself.

The Foursquare Hack Day PH is where scores of developers would assemble to write mobile applications using the Foursquare API with the goal of producing the best app at the event. Developers can create whatever idea they think is wonderful using Foursquare's data. Want to create a coffee shop locator app? Go ahead. How about a "this-store-is-holding-a-sale-right-now" app using Foursquare's check-in info? Why not, right? 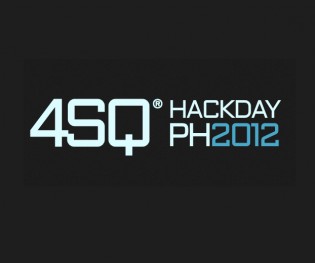 And to secure the legitimacy of this event, an engineer from Foursquare would fly to the Philippines to observe and supervise the progress and products of the participating teams.

To register, just go to hackday.webgeek.ph and click the hanging Smart Devnet ribbon at the right side of the screen. Registrations will be done online. Walk-in registrations will not be accommodated.

*Foursquare Hack Day PH entry tickets would be discounted on October 29, 2012 for early bird registrants. Tickets at that date would sell for P200.00 only, 80% off of its original selling price. After the said date, ticket prices would sell back at P1,000.00.

For rules and event details, visit hackday.webgeek.ph. For questions and comments, write to events@webgeek.ph or join the Smart DevNet Facebook Group.