CAT—the company that designs and manufacturers heavy equipment and vehicles e.g. bulldozers, tractors—has launched the CAT B15, a super tough Android 4.1 Jelly Bean smartphone, at the 2013 Mobile World Congress in Barcelona, Spain. Yes, it's true: the heavy equipments manufacturer has an Android.

The CAT B15 seems underpowered in contrast to current devices, but it's definitely no pushover: It sports a  a 4-inch touch display at 800x480, a 1GHz dual-core A9 processor, 512MB RAM, and 4GB internal storage. And being a rugged phone, it's all that you'd think it'd look: Superhero-ey. 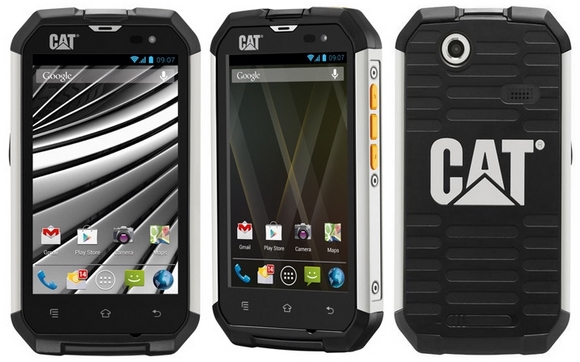 The CAT B15 has an aluminum and rubber casing, is dust- and water-proof, has an up to 6-feet drop resistance, and has Gorilla Glass. This is perfect for those that are involved in very hands-on and physical work.