Home » Smartphones » HTC One Officially Revealed, Most Powerful Android Yet

HTC One Officially Revealed, Most Powerful Android Yet

HTC, through selected media outfits in New York and London, officially revealed their latest device, the HTC One (previously codenamed M7), a couple of hours ago.

The HTC One by all means is "the" monster to beat. It blows away every other recently unveiled smartphone out of the water at most major benchmarks (I'm not saying other recently announced devices are pushovers, but go figure). It sports a comfortable 4.7" FHD display at 468ppi, a custom UltraPixel camera (with HDR, an expanded photo editing suite, and a new HTC Zoe option), an HTC BoomSound feature (apparently delivers "the best audio experience of any mobile phone"), the Sense 5, a Snapdragon 600 SoC with a 1.7GHz quad-core Krait processor, and finally 2GB of RAM, all packed in a nice aluminum unibody. 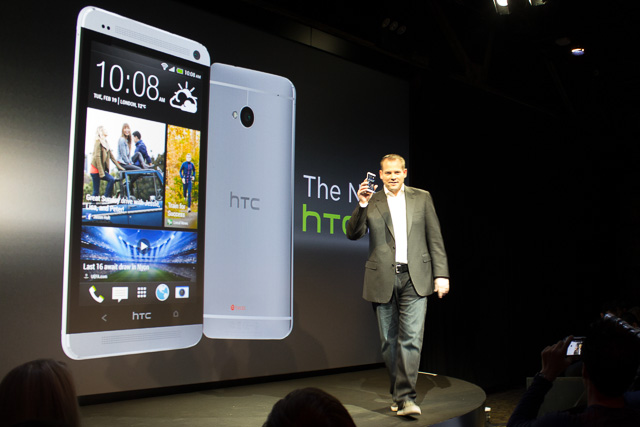 First off, I have insignificant beef with HTC's naming convention. They have so far released the One X, the One XL, the One V, the One S, the One X+, and now, the HTC One. Not that it's important, but smartphone naming conventions seem way off, with the alphabet running out of combinations and whatnot.

Second, we may see a shift in smartphone sizes this year (personally I'm estimating around Q3 2013). The phablet market has grown significantly, but it doesn't suit everyone's tastes. What we're seeing here is a 4.7-inch flagship,enough to capture both male and female audiences in the market. The HTC One may just solve HTC's impending demise.

The HTC One reportedly would be available in late March worldwide, with carriers in the United States, Europe, and Asia already signed up. The price remains unannounced as of this writing.