BlackBerry (formerly RIM, @BlackBerryPH) officially launched their latest flagship, the BlackBerry Z10, in the Philippines. Launched a couple of months ago, the Z10 is the first device to run the BlackBerry 10 mobile OS, the "re-designed, re-engineered, and re-invented BlackBerry platform that creates a new and uniqe mobile computing experience."

Cameron Vernest, Country Director for BlackBerry Philippines, spearheaded the event, highlighting everything the Z10 has to offer, in a very detailed fashion. One recurring theme that the director mentioned throughout the presentation is how the device is designed for people that always want to stay connected. 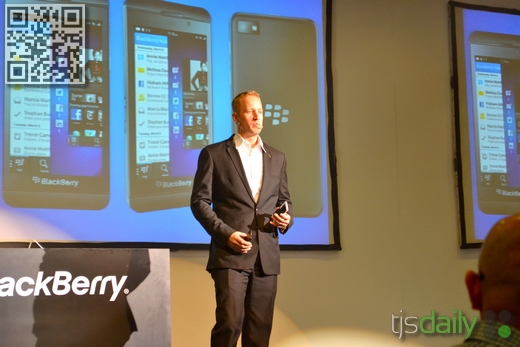 Pictured below: The limited edition red BlackBerry Z10. It's a developer-only device awarded to loyal BlackBerry devs in Amsterdam. It's so exclusive even high-ranking BlackBerry employees don't have it. 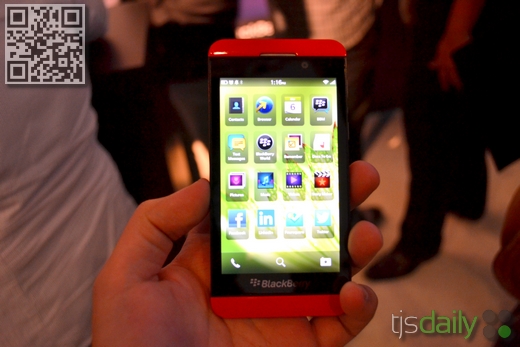 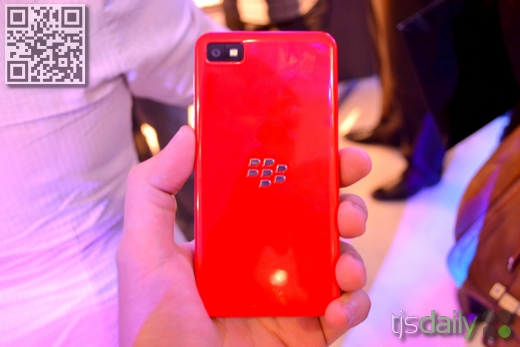 The BlackBerry Z10 will be carried by Globe, Smart, and Sun, will be available in black and white, and will be offered at P29,990 (Globe reportedly would be the only telco to offer the LTE feature). It will be available nationwide starting March 19, 2013. For people interested in pre-ordering their device through an official channel, go to www.buybb10.com. 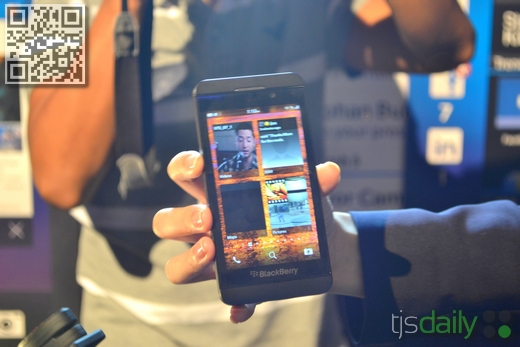 For more information about the BlackBerry Z10, visit ph.blackberry.com/BlackBerryZ10.