It's been in the news for a while, but the invite poster made it official: Samsung is going to unveil the Galaxy S IV at the Samsung Unpacked 2013 event at Times Square in New York at 7PM EST.

The Samsung Galaxy S IV has been in the rumor mill for quite some time: speculations suggest that Samsung's next flagship will sport a 4.99-inch Full HD SoLux display with a reported resolution of 1080x1920 and ~450 ppi and will be thinner than its predecessor. More rumors below:

Related: This is not the Samsung Galaxy S IV 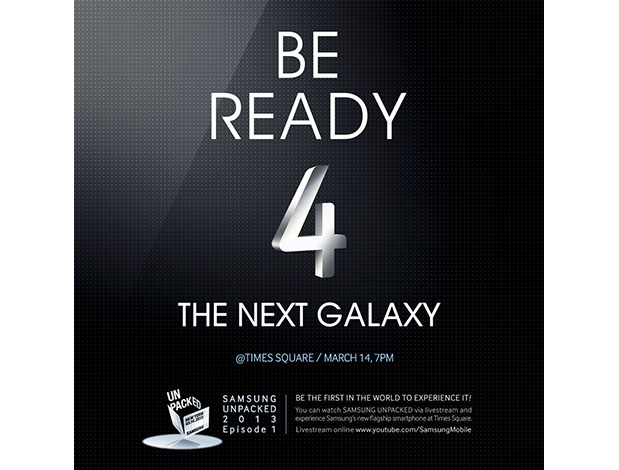 Take the specs above with a grain of salt, since they are just speculations of industry pundits and watchers. Whatever the Galaxy S IV's final specifications may be, I'm sure it will be another great device from the South Korean manufacturer.

So if you have nothing better to do on March 14, just watch the Samsung Unpacked 2013 livestream. I'm sure you're going to enjoy it.