Hot on the trails of the Nexus 4, Optimus G, and Optimus G Pro, South Korean mobile giant LG has finally announced their newest flagship, the LG G2. It's the first in the LG flagship line to not bear the "Optimus" monicker, and also the world's first Qualcomm Snapdragon 800-powered device.

The LG G2—one of the more heavily leaked devices recently—is currently (and exclusively) a somewhat unique smartphone. It bears an almost infinity display, a plethora of UI features and "value-added" applications (which value-addedness is left to be determined), and a rear-positioned power and volume key set. Their rationale—as devices get bigger and thinner, it's much harder to reach for physical buttons. They have a point, but the effectiveness of their concept is again, left to be determined. And to think that this monster was designed by LG for one-handed operation. On the hardware department, the LG G2 is unsurprisingly impressive. It packs a 5-inch, 1080p display, a 2.26GHz quad-core Qualcomm Snapdragon 800 processor, 2GB of RAM, 16 or 32GB internal storage configurations, and a 3,000mAh Li-Pol battery. This device wouldn't definitely come up short on anything, and it's pretty safe to say that it's got a pretty comfortable margin over the Samsung Galaxy S4.

The back side of the device features—aside from the mentioned keys above—a clean, textured shell. Nowhere to be found are the shiny glass pattern that were previously donned by the Nexus 4 and the Optimus Gs. A 13-megapixel camera with OIS is also present here, and fortunately it's been developed enough that there's no protrusion. 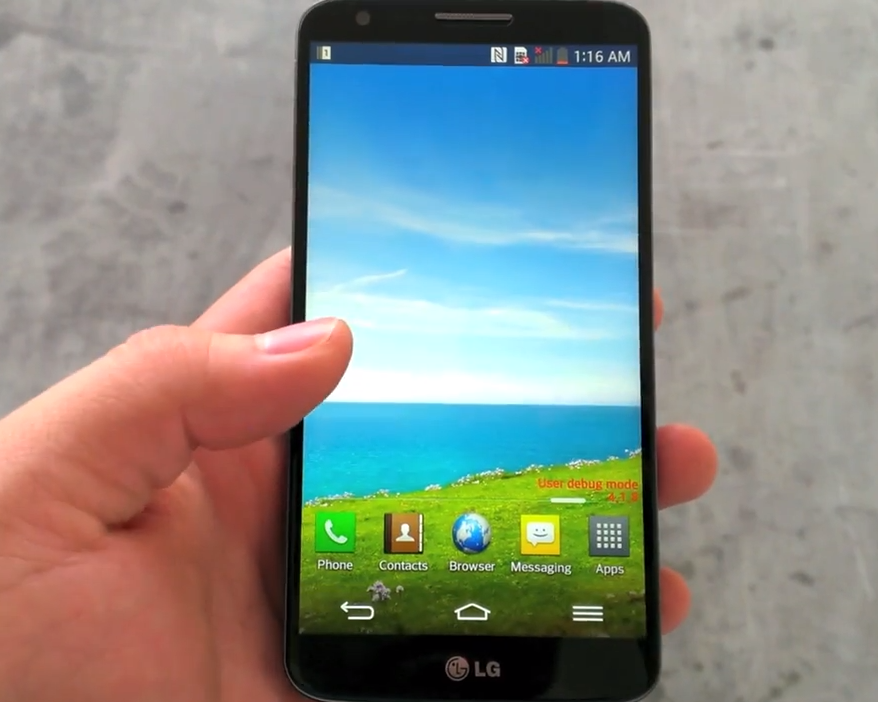 LG haven't announced any price for the G2 yet, but everyone's expecting an exciting global rollout. Let's see how the G2 would fare in the international stage.