Global mobile leader Apple recently released a major overhaul on their iOS mobile operating system which—without a doubt—is one of the biggest in its history. The update on the visuals are big—Gone are the icons that we were used to seeing since the 1st generation iPhone. The internal tweaks, functionality, and usability have also been massively upgraded, which is wonderfully welcome, albeit confusing. It's definitely a far departure from Steve Jobs's original baby, then again its high time an update like this arrived.

First thing you're going to notice in Apple's iOS 7 update is the new eye candy all around. Every nook and cranny you go into are redesigned from the ground up, though the general iOS mechanisms, like the square icons and swipe drawers, are still there. iOS 7 also goes for the brighter, flatter, more colorful look on the general screens, while it features whiter, cleaner screens with a refreshed fontface on messaging and notes services. If I didn't know what this was, I'd probably say it was a colorful launcher for Android (though the general consensus is that iOS inspired every current mobile UI design out there). 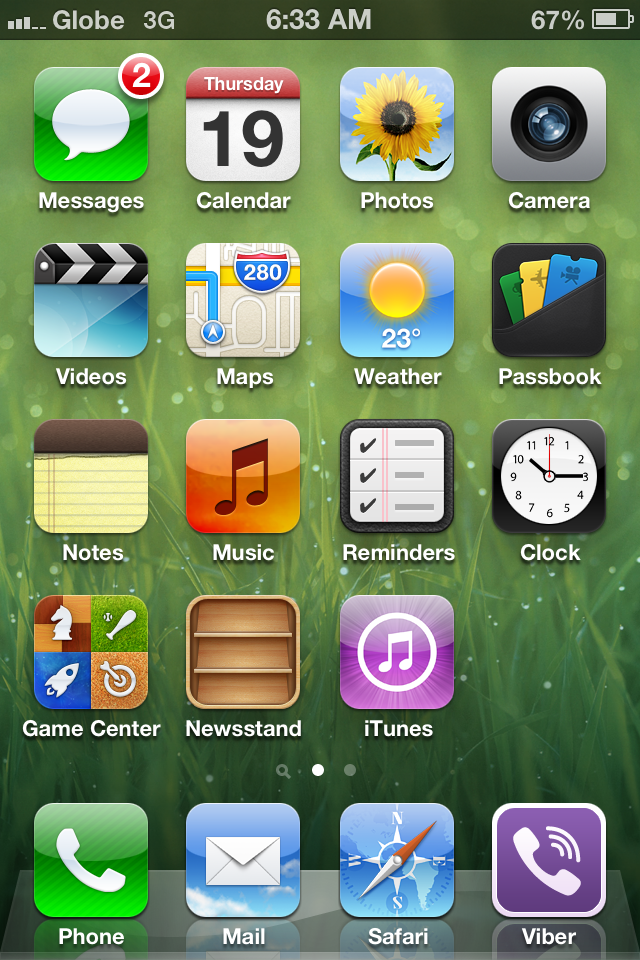 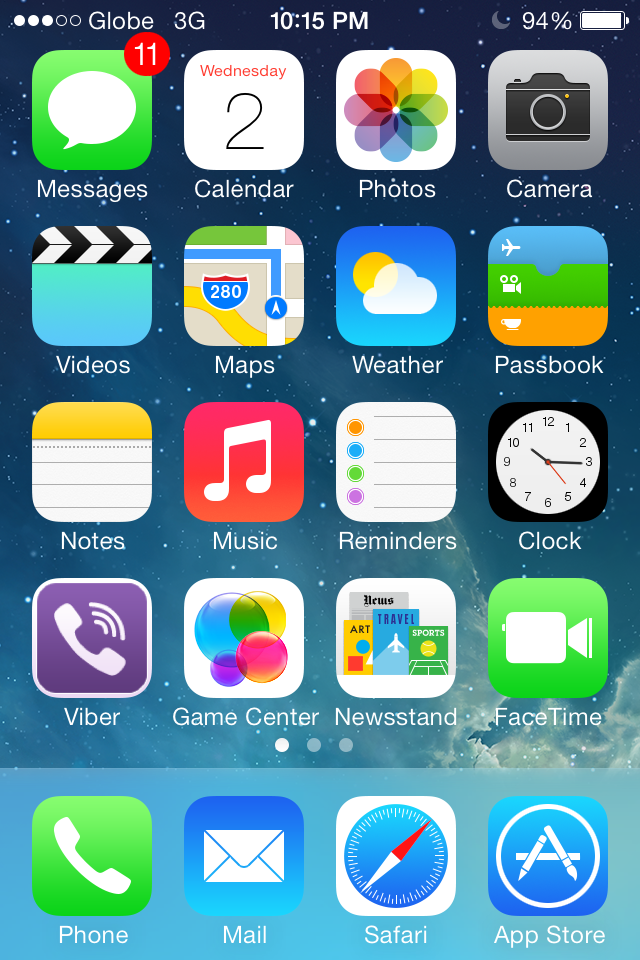 There are also a lot of new ringtones and notification sounds too, if you weren't able to catch it due to the visual overload. Bonus: The Clock app icon moves to reflect real time.

iOS 7's keyboard have been revamped to go around with the flat look of the update. It also utilizes graphical elements, such as going translucent, on different applications, giving you an all around sense of integration with the operating system. Apps that are not updated to iOS 7 standards currently doesn't utilize the new keyboard. Function-wise, the updated keyboard behaves a lot like the old one. 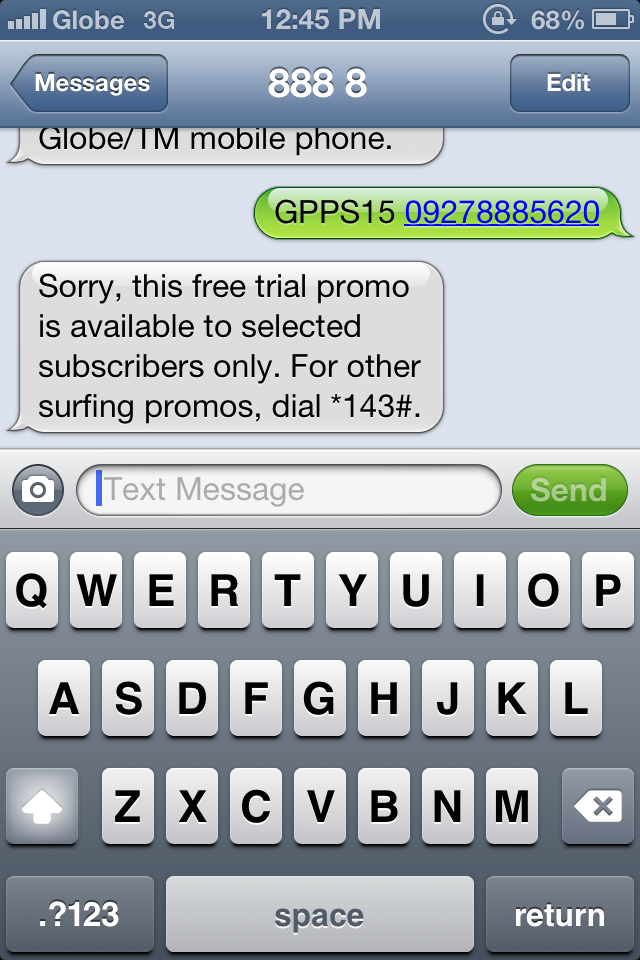 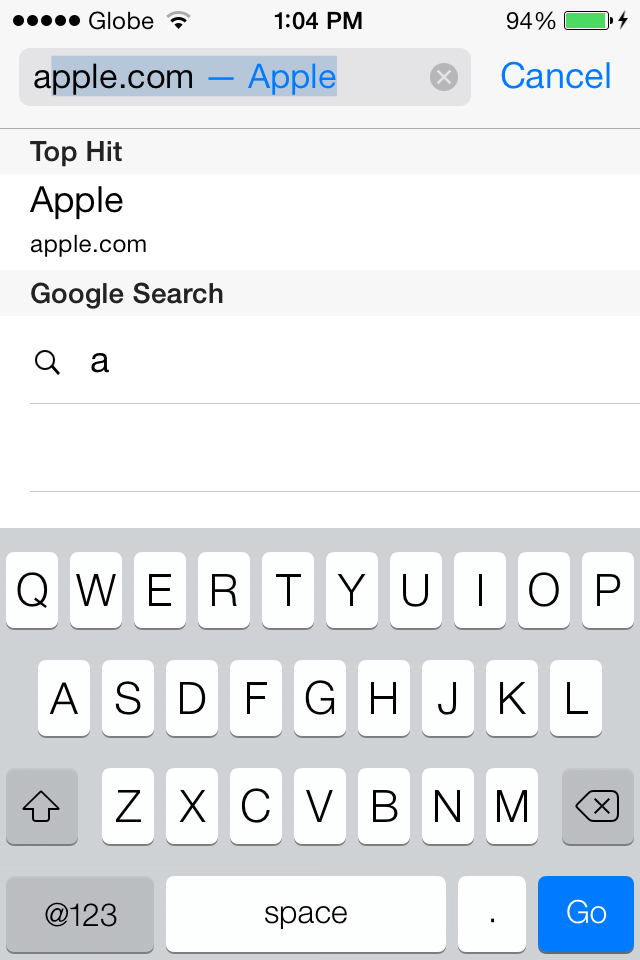 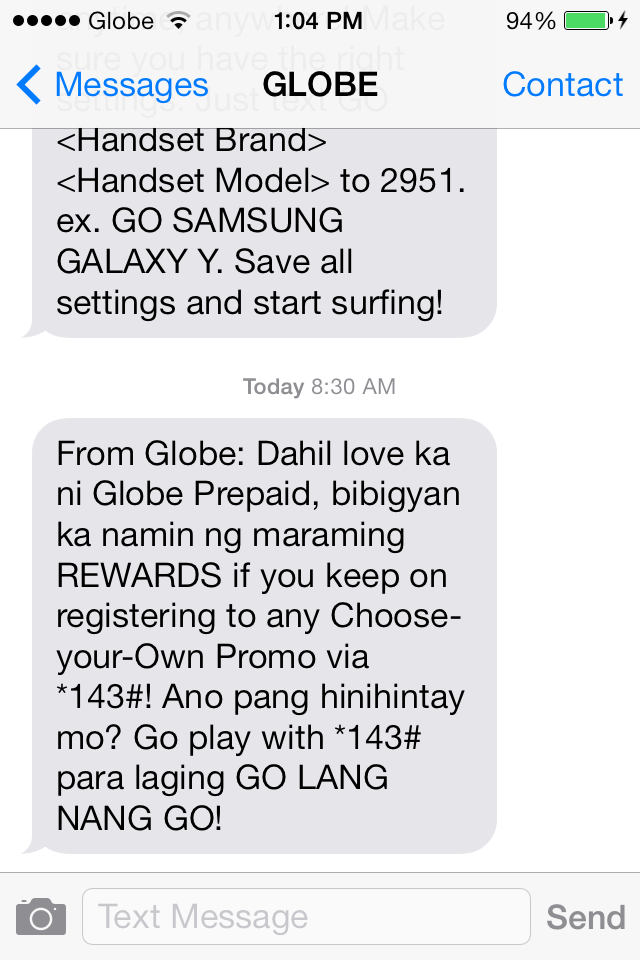 The messaging bubbles (and buttons) meanwhile also go with the theme. And while you're at it, also notice the updated signal bar and battery icon.

The Control Center is Apple's answer to Android's Notification Shade (Android's pulldown menu). It's where the most used toggles—Camera, Wi-Fi, Bluetooth, Rotation Lock, Airplane mode and Do Not Disturb mode—and media controls are located. It's also the feature that officially killed flashlight apps on the App Store, since the Control Center itself lets you manage your phone's flash as a flashlight. 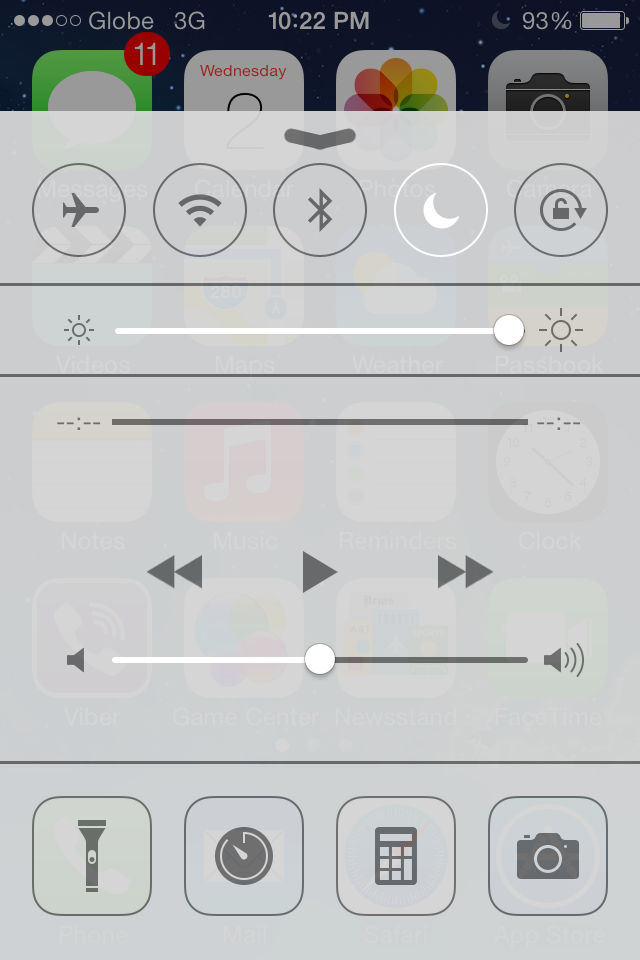 This is a very welcome and badly needed feature for the operating system. To access it, just flick your thumb (or whatever finger you fancy using) from the bottom area of the screen.

iOS 7's Camera feature got big on updates: Options that were hidden in layers upon layers of toggles are now present at the front of the console itself. Camera functions are also just a slide away from selection, though it may not be obvious at first since there are no indicators to tell you its there.

Holding the capture button now gives you a burst shot feature, instead of the old hold and release trick the previous iOS had. The fps rate eventually does vary, with the iPhone 5S sporting the best rate of 10 fps (frames per second). 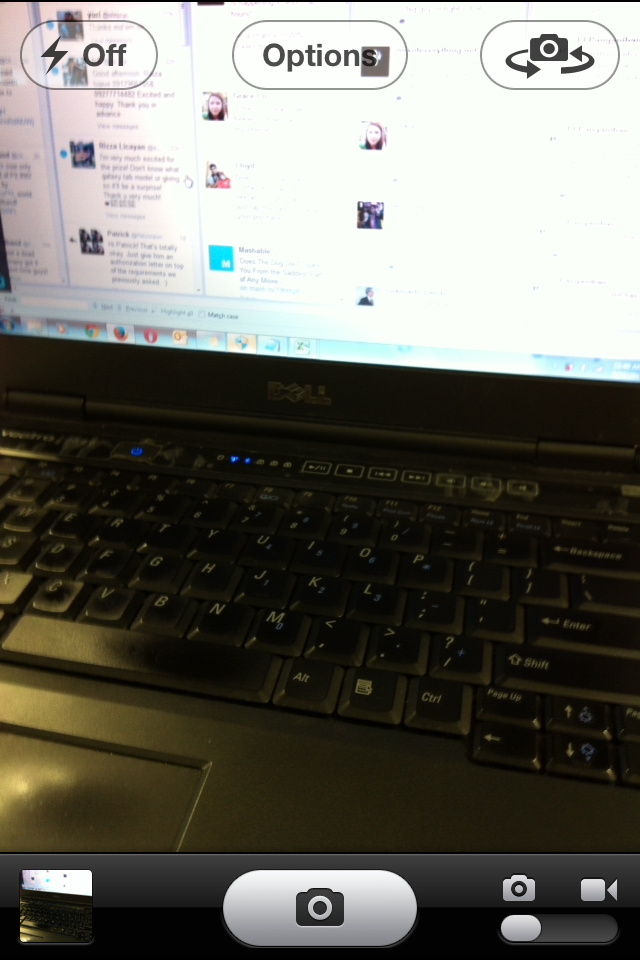 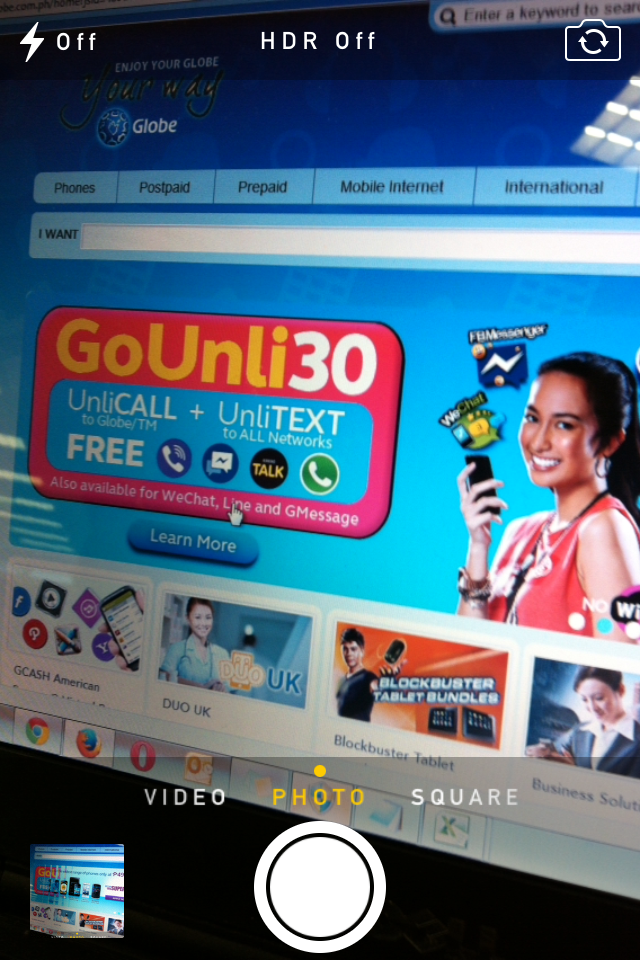 Admittedly, the camera dashboard looks more like that of an Android than from iOS. It also doesn't help that this feature remotely resembles the iOS 7's flat and colorful look.

iOS 7 made camera settings extremely automated—there are no manual toggles for options such as ISO and exposure time. Instead, the machine relies on your touch to operate neatly.

The Photos app takes a huge leap forward with a new gallery format that now comes with different groupings, namely Collections, Years, and Moments. The organization of the photos in the app is also commendable, since it now follows an "oldest on top newest on bottom" scheme. 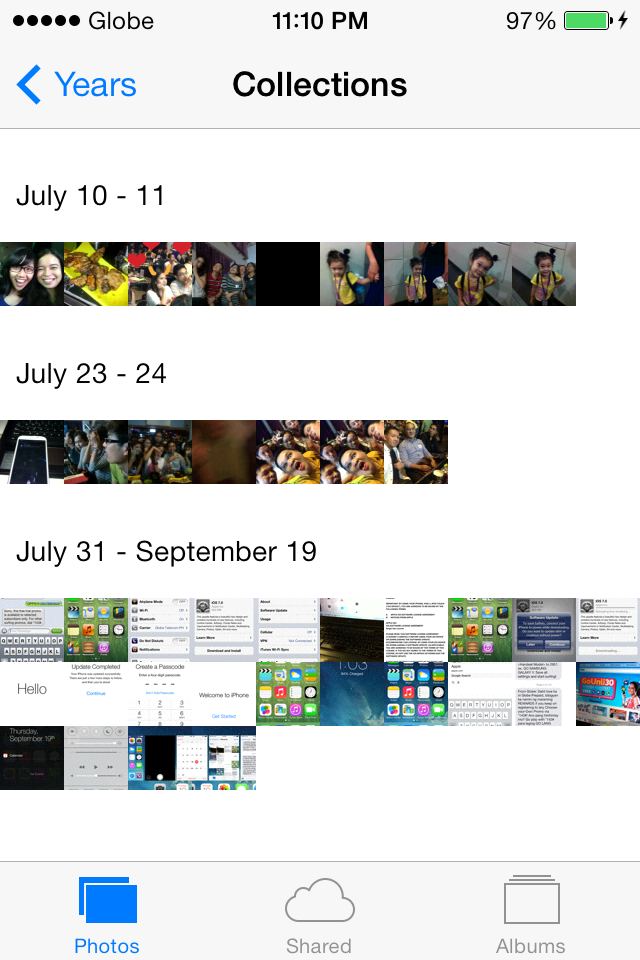 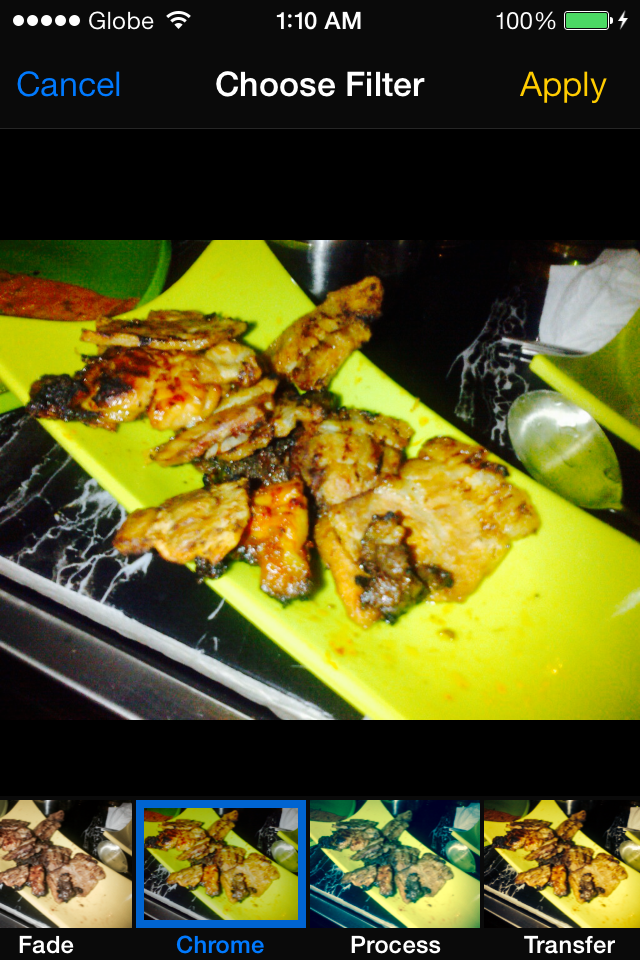 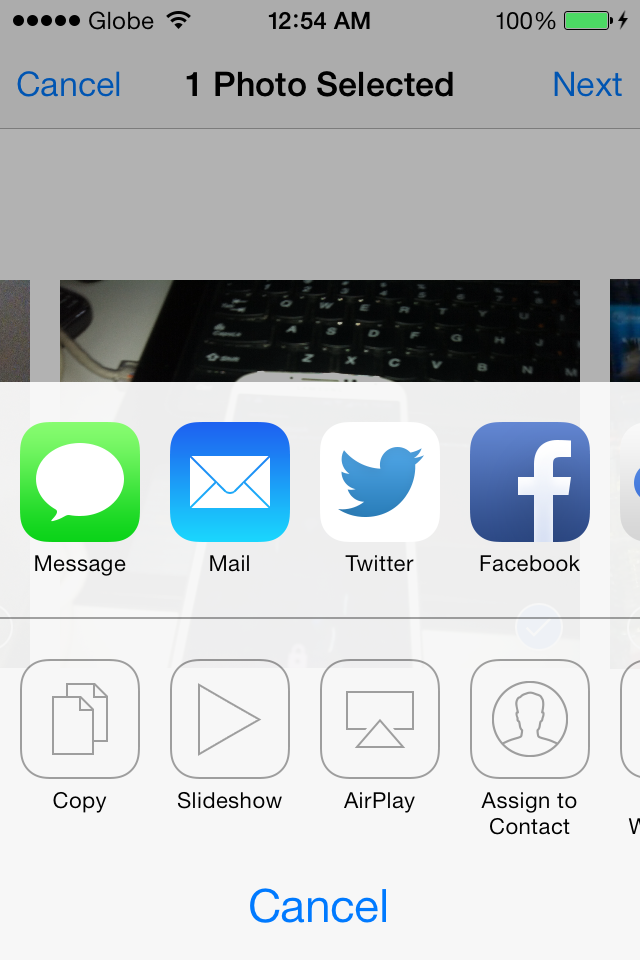 Built-in filters and on-the-fly sharing options (such as Airdrop, a new feature in iOS) are also added, making lives of users a lot easier. I can't help but think that Apple took a cue from Android with this one.

Other additions also include an iCloud-compatible shared photo album tab and a photo map showing you the history of where you snapped your photos.

The iOS's former multitasking manager was boring, inefficient, and loathesome to deal with. This update brings the manager to the present, now featuring swipe to kill while letting you see the most recent state of the app when you left it. 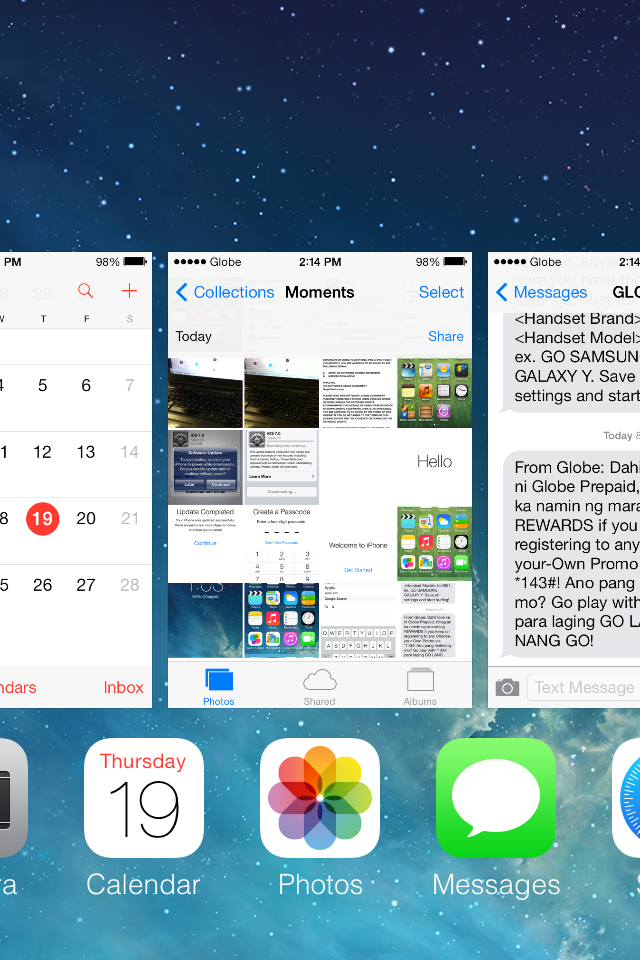 iOS 7's multitasking is also smarter—it will "learn" the apps you use frequently use and channel resources e.g. Wi-Fi, battery to them instead of evenly allocating them to all open apps, thus making your device more power-efficient.

Apple's dedicated mobile web browser got a massive revamp in iOS 7. It now feels standardized compared with other OS'es, with the visuals as the only major difference. Fading navigation bars, unified search bars, private browsing, tabbed windows, on-the-fly sharing, and a "read later" feature (though admittedly I'm not a big fan of this) brings Safari closer with—or in front of—other browsing apps. 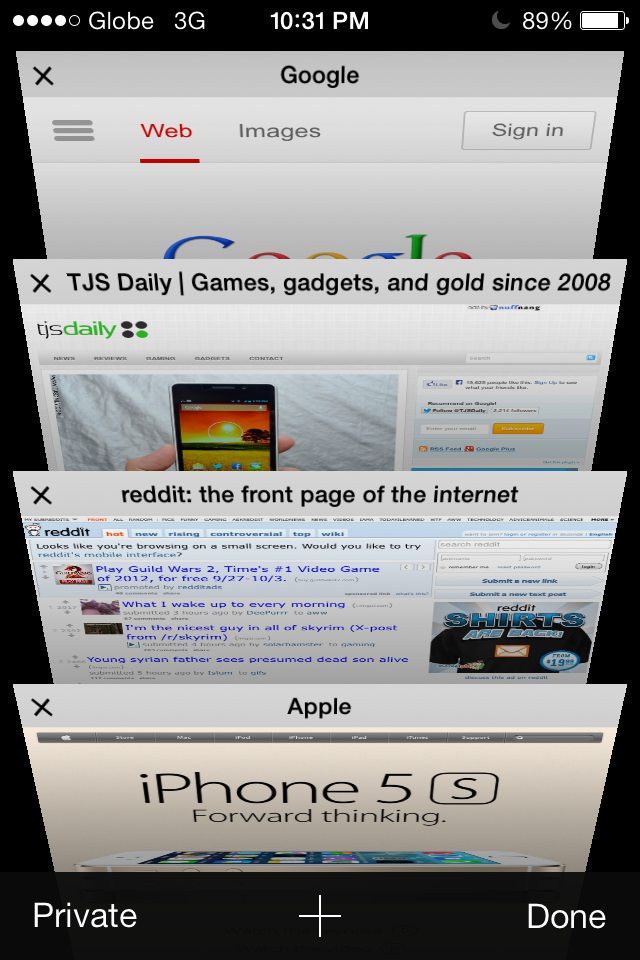 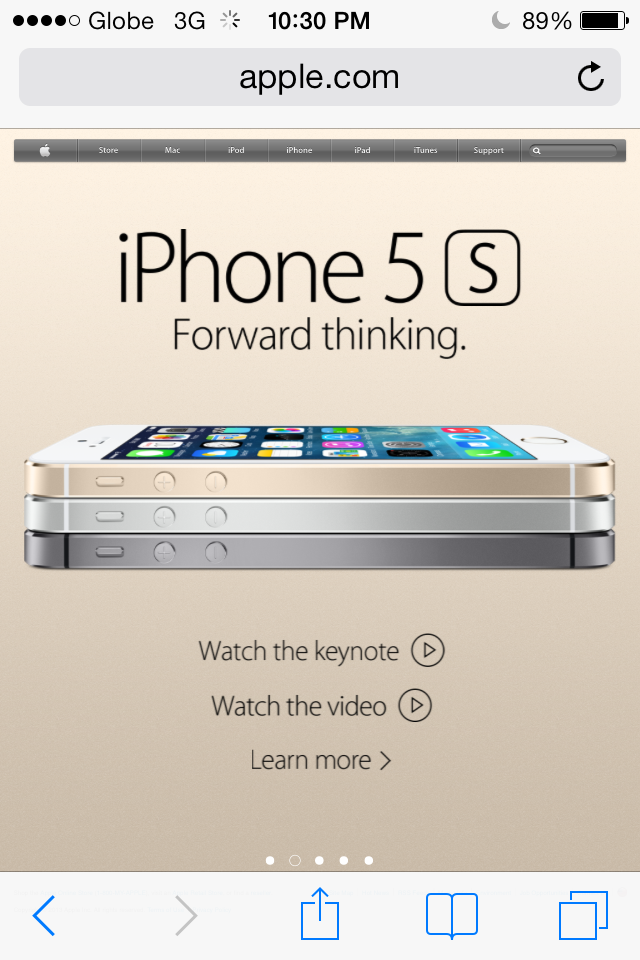 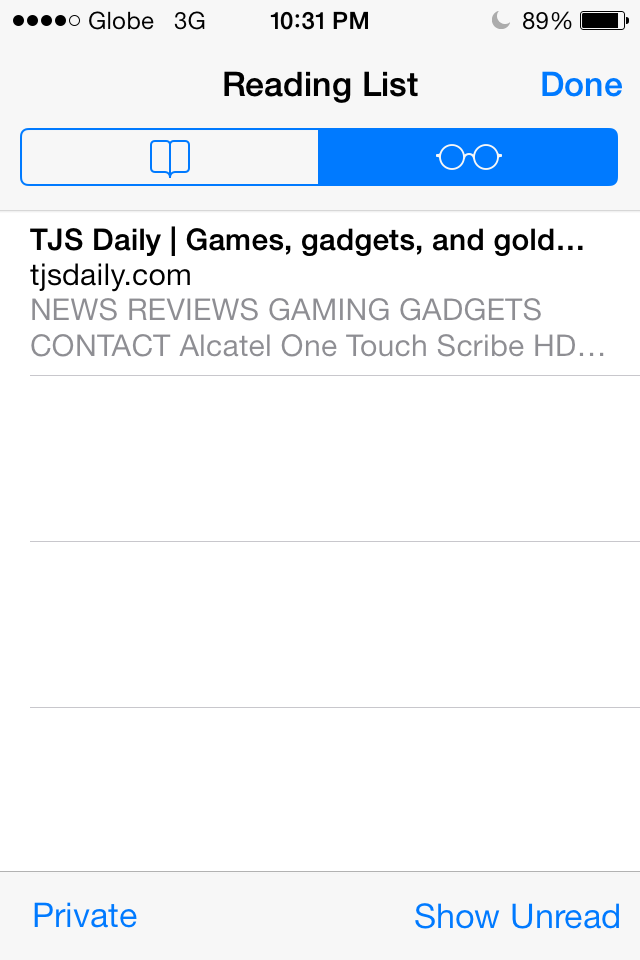 One of the major updates that iOS 7 brought to the table is the App Store upgrade. Aside from the much-needed visual revamp, it brings new smart features such as "Near Me" (shows you the most popular apps around your current location), application auto updates which you can enable/disable on(finally), and a more secure/more difficult way of doing a wipe or DFU on your device. 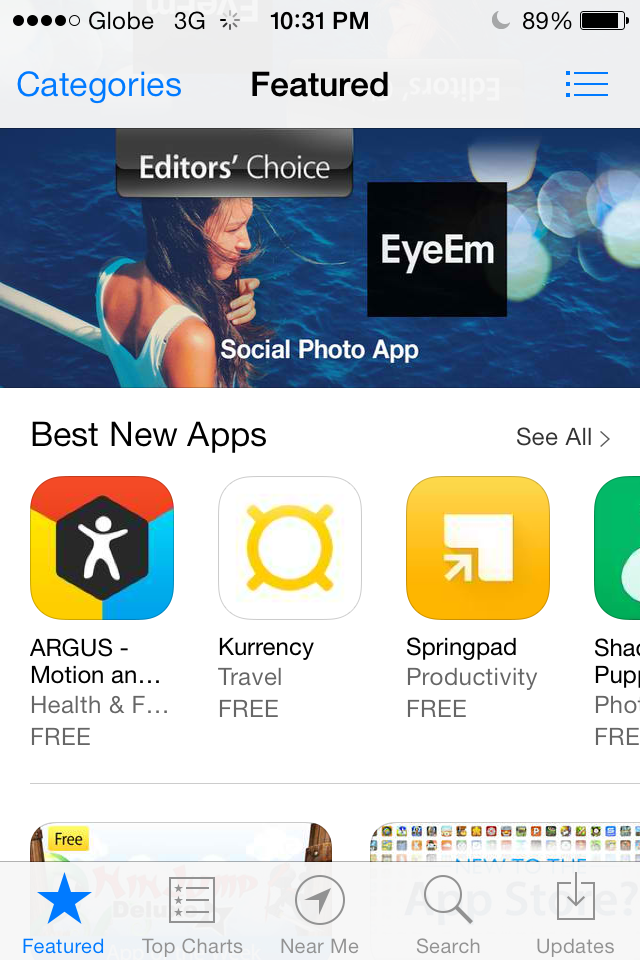 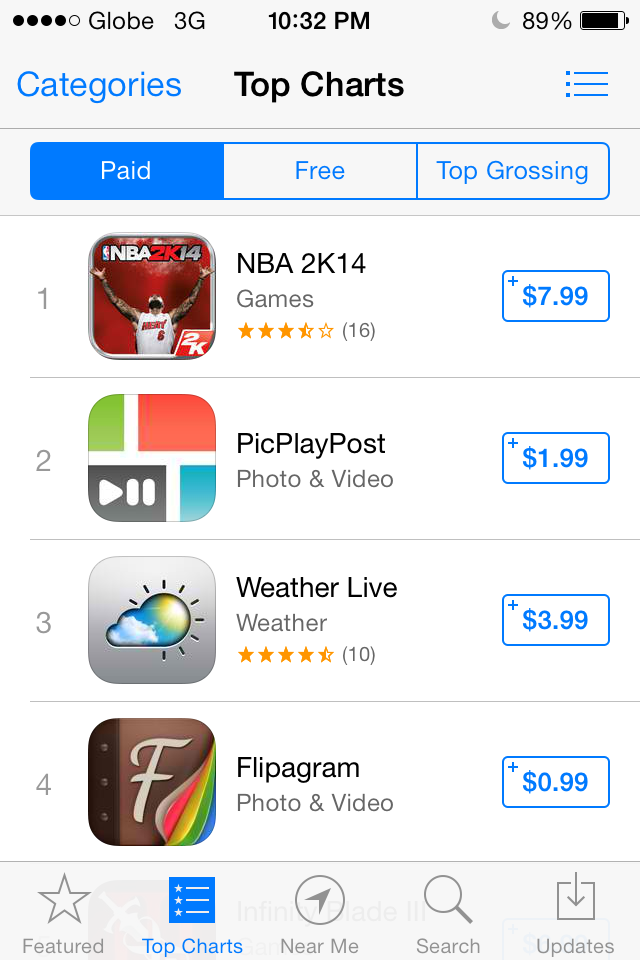 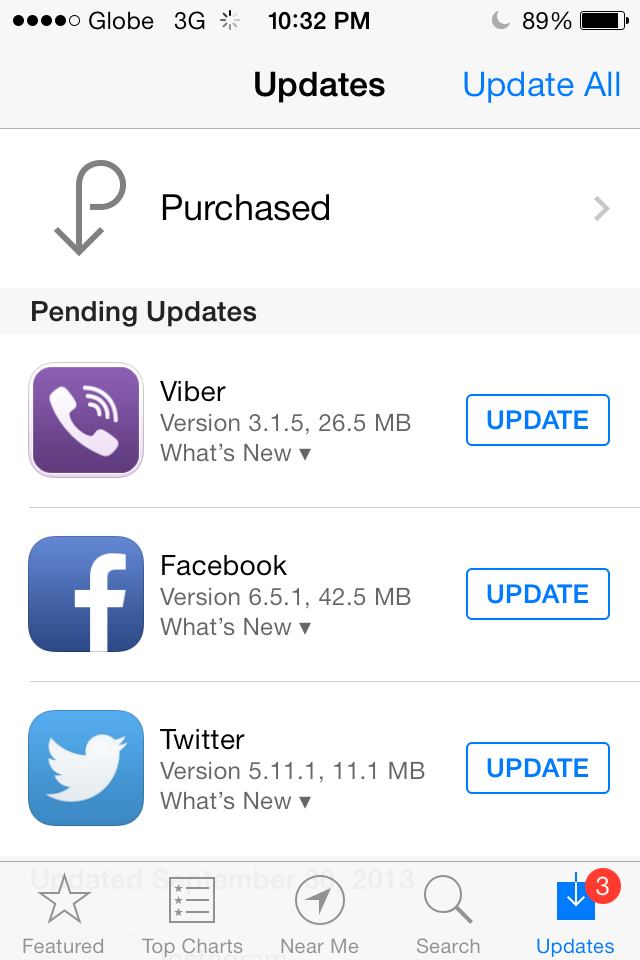 Depending on how you look at it, it would now be more difficult for thieves to wipe your device for an easy sell since it'll now prompt you for your iOS credentials.

iOS's resident virtual assistant Siri is now more useful and human than ever, thanks to additional resources such as, but not limited to, Twitter, Wikipedia, and Bing, a further developed speech database, and better voice designs that makes you feel you're really talking to someone.

For what it's worth, Apple removed the app's beta tag, implying that it's now prime for use.

One of the iPhone's strong points is Cellular Data. With the coming of iOS 7, you can now totally manage the data usage of all the apps you're using. Say, you signed up for Globe's PowerSurf 99 plan and Facebook is draining all your megabytes, you can turn the app's data usage off by going to Settings then Cellular, then look for and turn off Facebook there. Same goes with other apps. Neat. 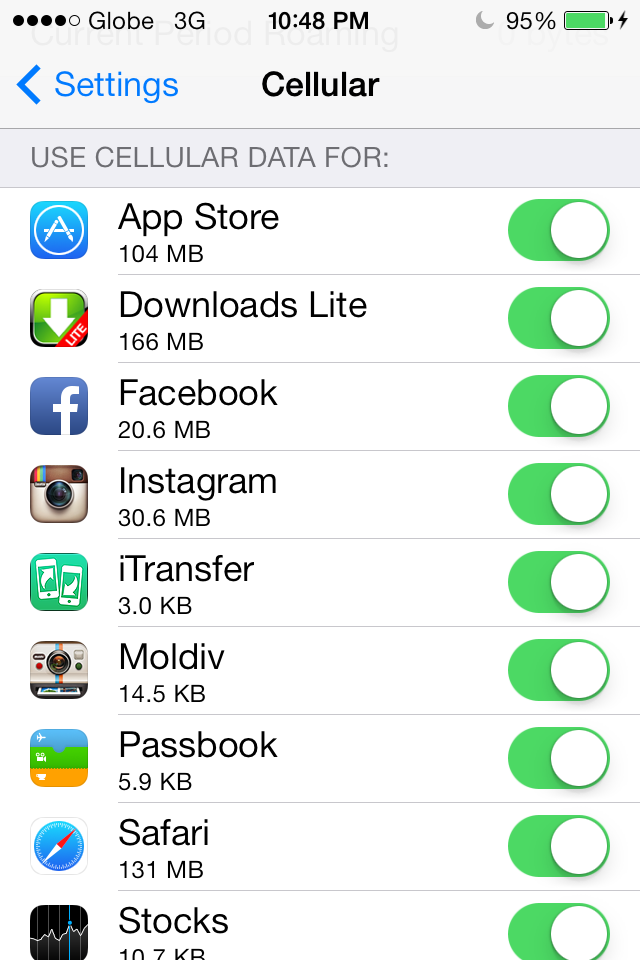 Considering that this is Apple's biggest update yet, iOS 7 brought major changes to a majority, if not all, of the exisiting first party apps. Calendars, Reminders, Notifications, Music, and Notes are only but a few of everything that received revamps on visuals and functionalities.

As mentioned above, iOS 7 is a far departure from what we're used to in our iDevices, but elements from the OS's past are still there. That said, and as with any other major OS updates, this installment takes some getting used to.

All the bells and whistles of the new iOS seem to be heavily inspired existing OS'es. That's to say that I personally welcome all these new additions because it ultimately makes the phone more usable and navigable.

Overall, with the update's emphasis on visual all throughout, I'm sure every Apple fan out there would be looking forward to what the next iOS version would bring. After all, regular refreshes are always both welcomed and hated.

iPhone 4, 4S, 5, iPad 2 or later, and iPod Touch 5th generation users would be able to enjoy iOS 7 on their Apple devices, while it comes pre-installed in the iPhone 5c and 5s. 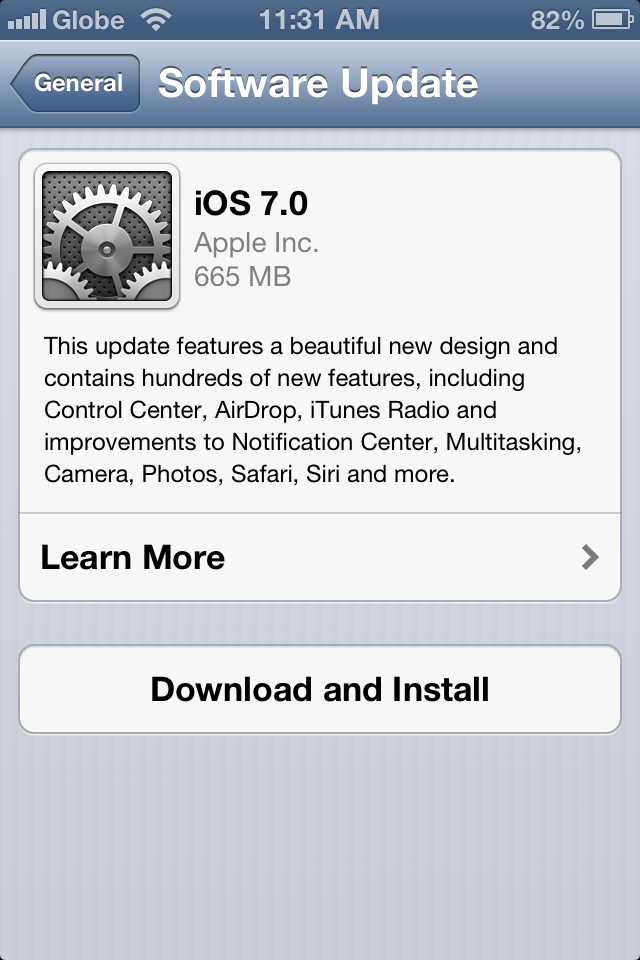 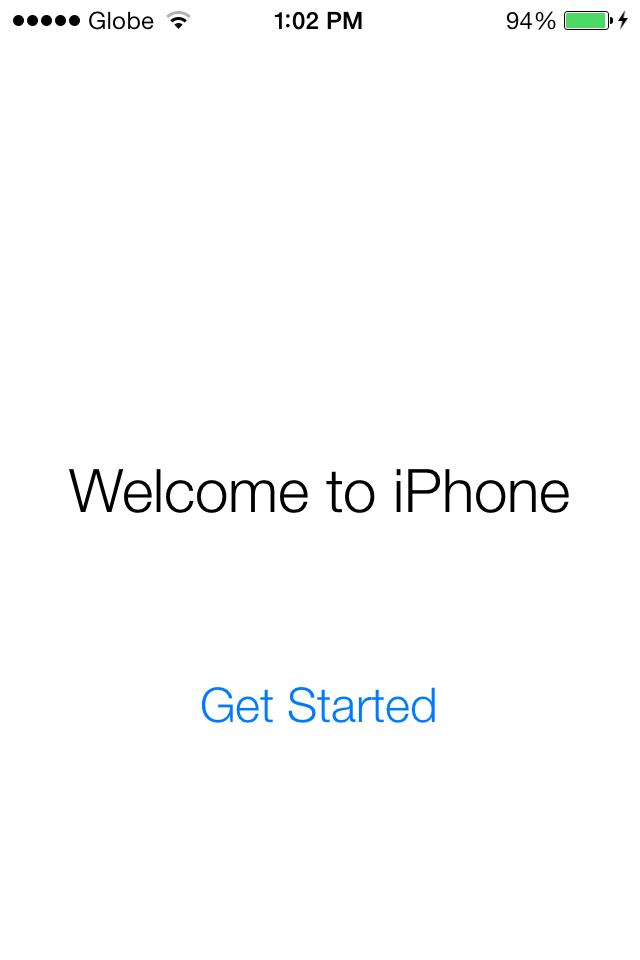 The iOS 7 update is 665 MB in size and is accessible over the air (through WiFi or via Globe's LTE network), through the latest version of iTunes, and through .ipsw installations.