The Gionee Elife E6 is the company's current embodiment of what the smartphone of the future should look like. It's powerful, it's well made, and it offers what mainstream international manufacturer devices offer with less price. They also mentioned that your smartphone is not only a device you use everyday, but is also your friend (obviously taking a page from the Samsung Galaxy S4's Life Companion tag). 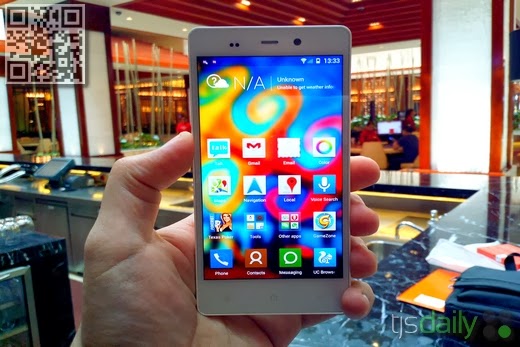 Additional features are where it's at with the Elife E6. It boasts gesture-based camera capture and controls, in-app editing of photo obstructions, better sound reproduction through better speaker quality and positioning, a battery-saving technology called Heartbeat Synchronising Technology (it basically overrides an app's set refresh function, telling all the apps installed to wake up simultaneously so the device is resting more, consuming less battery), and features the world's first White OGS FHD LTPS LCD display. On the hardware side, it operates on a 1.5GHz quad-core MTK6589T processor and 2GB of RAM. 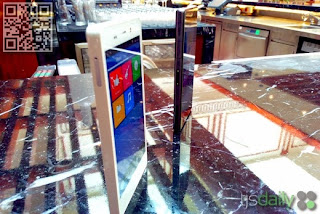 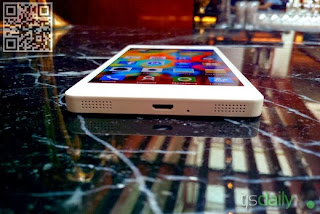 As for overall build and design of the product, it's very comparable to the Starmobile Knight from afar. It's a 5-inch unibody device that's just a hairline thicker than the iPhone 5S with minimalistic physical attributes such as a noticeably smaller sleep/wake button and volume rocker. The plastic material used in the construction of the body is very glossy, and to some extent has an unnatural-looking color, specifically the white (we were informed that the black variant sports a matte paint). And for those keen for notification LEDs, the Gionee Elife E6 sports three colors: Green, blue, and red. 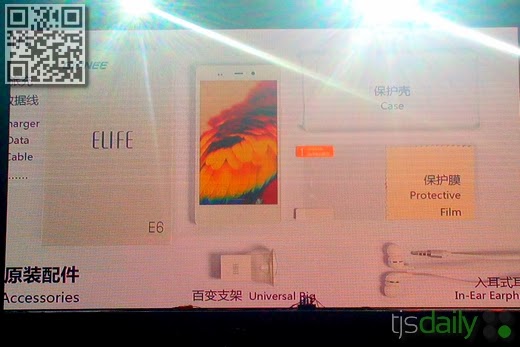 Lastly, the Gionee Elife E6 operates on the company's self-brewed AMIGO, a modified version of Android Jelly Bean. It features elements users would find similar to HTC, Apple, and Samsung, all rolled into one. It was great to see it in action for the short time we held the device.

The Gionee Elife E6 will be available starting this weekend on MemoXpress and on other major smartphone retailers for P18,990 (SRP) and comes with a free flip leather case.