Paktor, a famous Singaporean friendship-slash-dating app, has officially arrived in the Philippines.

At a gathering at Commune Makati, the Paktor PH team revealed the humble beginnings of the app, starting with its loveless CEO to its success in Singapore. The app's main purpose: To find people that you like and like you back. Hopefully, something will start from there (Paktor means "go dating" in Hokkien Chinese). 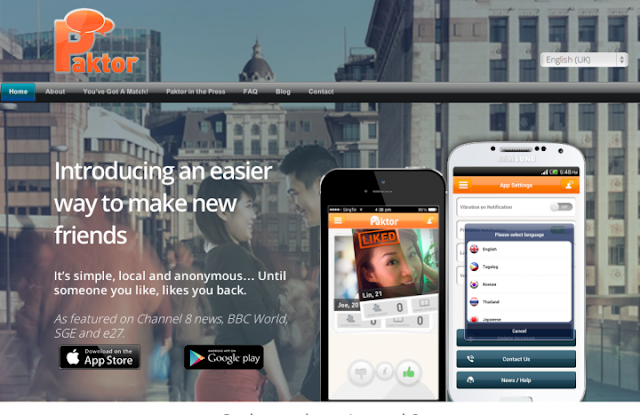 The app's mechanics are also as simple as it gets: There's an endless stream of male or female faces (depending on your preference) and a short description that you thumbs up or thumbs down while remaining anonymous, giving you that no pressure, no worry feeling.

To date, it has more than 100,000 active users in key cities around Asia and is available in eight different languages. It's ready for download for iOS and Android devices.

The app targets 1 million activations by the end of the year in its target locations and is reportedly open for ad partnerships.

So, still looking for a friend? Go Paktor.