Would you use Internet Explorer again if a cute anime sweetheart represents it?

While people have comfortably transferred to other browsers such as Chrome and Firefox (with a minority having a strong opinion against IE, pointing out everything from its bug-ridden performance and lack of security), Microsoft's trying to win back its users by introducing Inori Aizawa, a typical anime girl that transforms into a robot-battling angel with style (at the rate she's moving and defeating robots, she could well be a good match for Tekken's Alyssa) 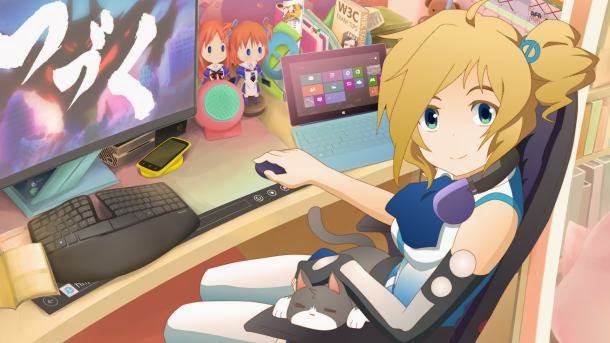 Some facts about Inori:

She's 18, the same age as Microsoft's Internet Explorer
She has her own Facebook fan page, already with a whopping 41, 954 likes as of this writing
Her blood type is A-positive blood type
She loves mint ice cream and surfing the Internet, and dislikes bullies

Watch her short video clip below:


Inori was introduced at the Anime Festival Asia (AFA) 2013 as Microsoft preps up for the launch of Internet Explorer 11. Her appearance not only serves as marketing, but also heavily represents a shift in thinking in the decades-old company.

As for her future? Well, let's just say we want to see more of her from now on (who wouldn't, really?).