Home » Windows Phone » Getting A Lumia Soon? 20GB of SkyDrive Storage is Waiting for You

Getting A Lumia Soon? 20GB of SkyDrive Storage is Waiting for You

You know those Dropbox tie-uins on Samsung and HTC smartphones where you get gigs of free storage for a year or two just by simply registering your device? Yep, Nokia's pulling off something similar. 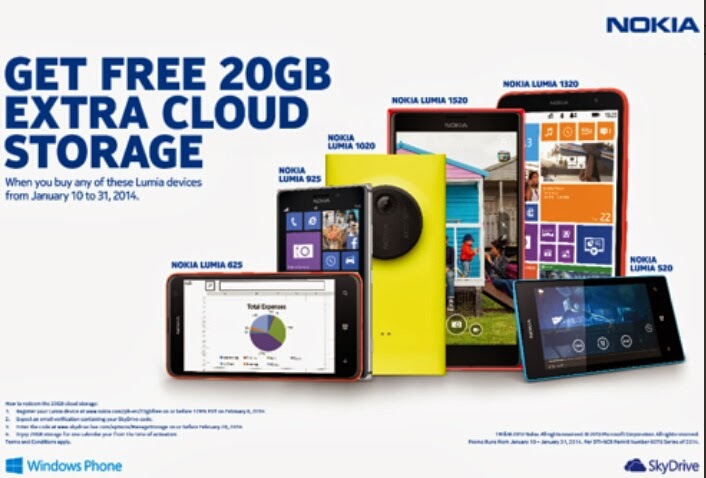 SkyDrive, a cloud storage solution, is Microsoft's answer to Dropbox and Google Drive. You can store and sync documents, photos, music, and other stuff you find useful, provided you have an active Microsoft account. Having one is also advantageous if you're actively using other Microsoft services such as Xbox Live, Hotmail, or Outlook.