Samsung Galaxy S5 may Debut on MWC this February 24

Samsung recently sent out invites to their event in Barcelona this coming February 24. Coincidentally, that's also where and when the 2014 Mobile World Congress will happen. And we know what happens during the MWC, so people somehow already have an idea on what's going to be up. 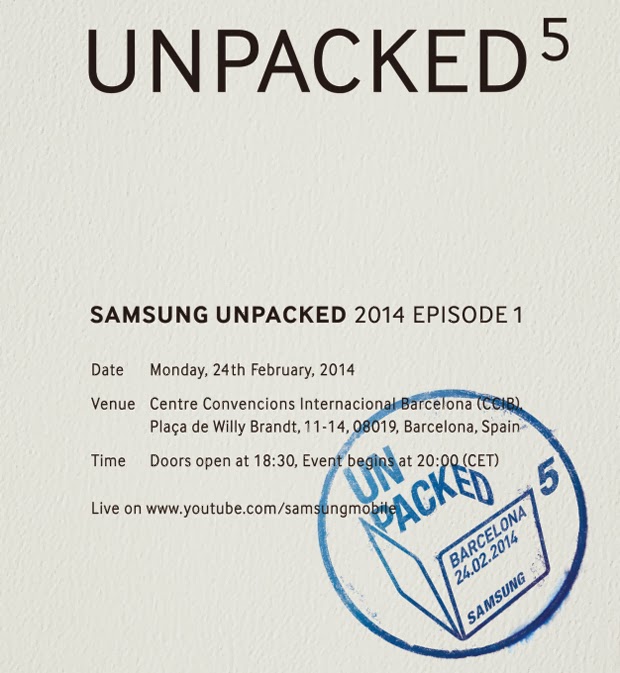 The question is, if this is just Episode 1, what would be Unpacked 2014 Episode 2 all about?