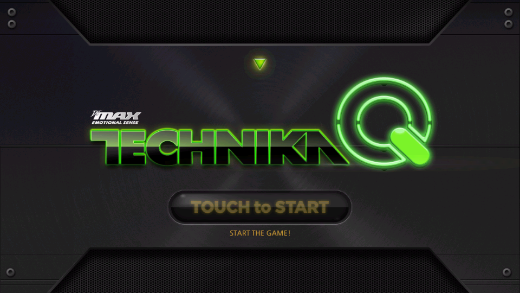 Originally released for South Korea only, DJ Max Technika Q has been since localized for English players. The game starts off strong with songs going back from the original DJ Max lineup, and plays with heavy similarity from the Technika arcade games.

The game itself is free to download (the file itself taking a chunk of your smartphone storage with a sizeable 1.81GB), but of course - inherent to games crossing platforms to mobile - there are in-app purchases that will provide enhanced gameplay experience, though purchase is not required. There are initially 5 free original DJ Max songs, with other songs purchaseable with the premium in-game currency called Q. 1 song is priced at 20Q, while a pack of four costs 60Q. 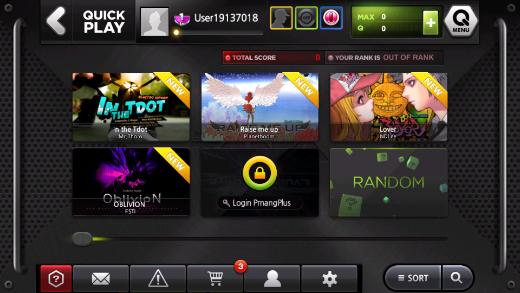 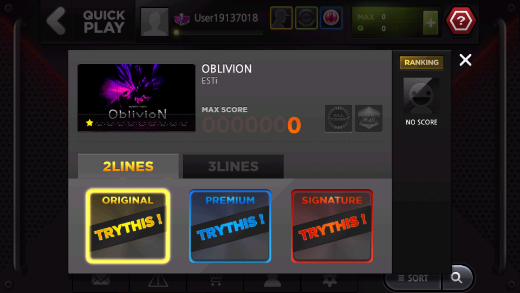 As mentioned, gameplay is similar to the Technika arcade games, with rolling lines having to hit notes at the right moment for a hit. What's different here is, aside from the usual 3-tier difficulty in songs, is the 2-line and 3-line mode. The former only allows two lines of notes per area of the screen while the latter allows for three, thereby increasing difficulty. The regular in-game currency meanwhile is called Max. 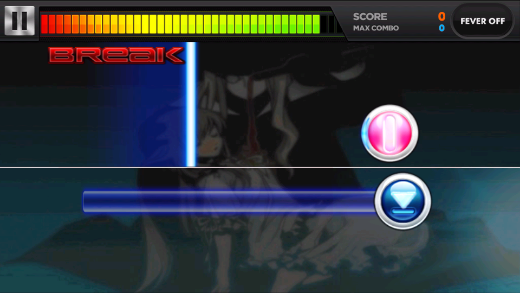 The scoring system remains the same, from S+ to F. Global leaderboards are also present and are easily more accessible, with the game requiring WiFi connectivity for access. 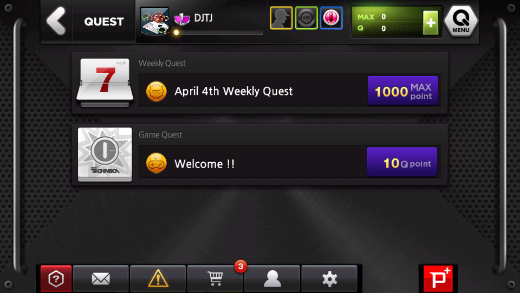 Quests are also an integral part of the game. Completing quests will give out free Qs to players. 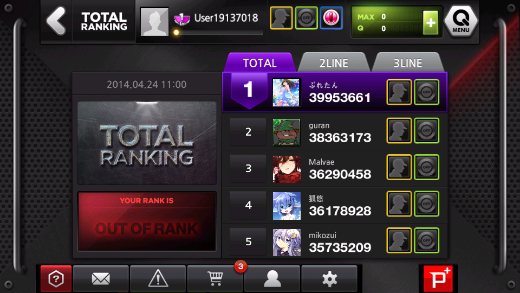 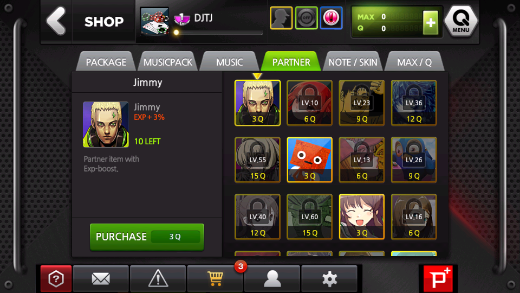 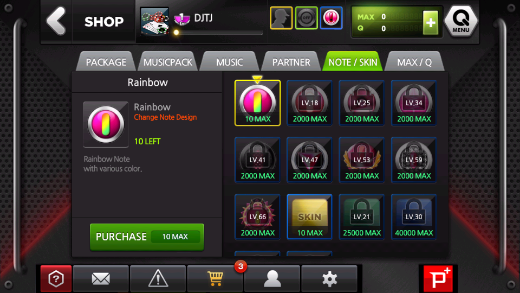 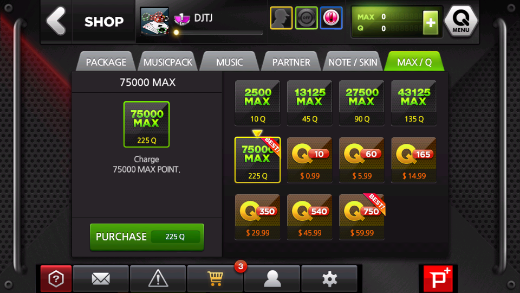 The game also takes on a social element, offering a friend feature which allows players to gain up to 60Q after friending 15 players.

Gameplay aside (which is fantastic by the way), the only annoying issue DJ Max Technika Q brings about is its absurdly long initial loading time. We honestly don't know what the game is doing while loading itself, but there was one point that I waited 20 minutes for the game to load but nothing happened. The smartphone I used is an HTC One, so there should be no question in performance. Hopefully Neowiz figures this out and updates to a more efficient version. 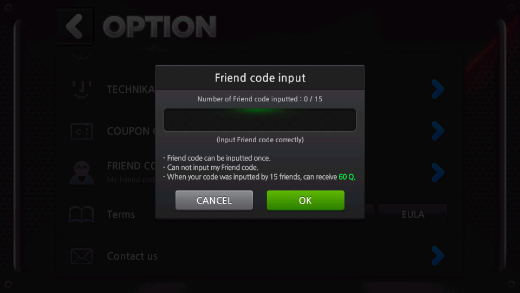 Other music games have since flourished in the absence of DJ Max titles in the mobile industry, the more notable ones being O2Jam and Cytus.

I've been playing DJ Max games since 2006, starting with DJ Max Portable, and more recently with DJ Max Technika Tune for the PS Vita, but the series shifting its presence to smartphones and tablets are definitely a game-changer. Maybe handhelds are doomed after all.