Samsung launched its latest flagship, the Samsung Galaxy S5, recently at the Mobile World Congress 2014. As with all its flagships, the Galaxy S5 was heavily hyped and talked about prior to the unveiling, but has sadly met more criticisms in its form factor rather than its performance. 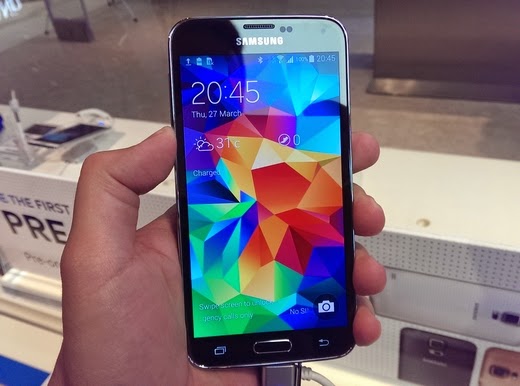 The Samsung Galaxy S5 boasts, among others, a 5.1-inch Super AMOLED display, a 2.5GHz Snapdragon 801 processor, 2GB RAM, an Adreno 330 GPU, 16/32GB internal storage, up to 128GB external storage capacity, a 16-megapixel camera, and a 2800mAh Li-ion battery. The S5 is basically what Samsung is all about these past few releases: power. That said, the device also sports some unique features, such as a heart rate monitor, a fingerprint scanner (up to 3 finger prints can be scanned; for added security), wireless charging, IP 67 certification (dust and water resistance up to 30 mins), and a rather weird design, which is a huge departure the S3 and S4's sleek, shiny plastic bodies.

The FHD display looks amazing. Yes, it's still on the 1080p level, but you can really see the vibrancy thanks to its "Adaptive Display" feature. It's said that it does not just go dim the lighting on the screen, but rather it changes the colors' looks. Complementing it nicely is the improved TouchWiz UI. For some, it's still the launcher they love to hate, but it has come around after 5 years of trial and error; it also looks flatter too. Sadly, there are still a lot of what you can consider bloatware (I guess you can't have it all). The device comes with Android 4.4.2 KitKat out of the box. 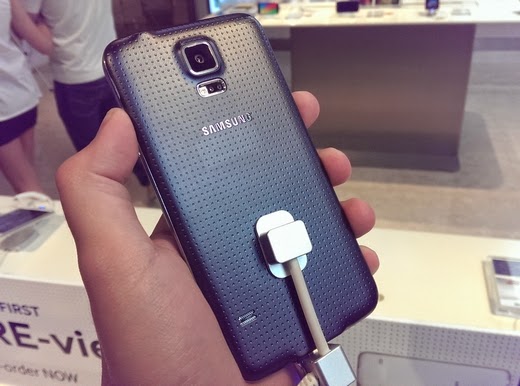 Expanding on the design mentioned earlier, the Samsung Galaxy S5 features dimples on its soft-touch rear shell, akin to what you'd see in a Nexus 7. We don't know the exact reasoning for this, but some have mentioned that it's there to increase grip. Then again, it's still plastic (which a lot of smartphone fans love to call out. When will Samsung release a 90% metal smartphone?) Also in this area you can find the camera and the heart rate monitor, directly beneath it. You'd think it's weird to position such a feature at the back, but that's what we all thought about the LG G2's creative camera button at first too.

Insofar as the Samsung Galaxy S4 is concerned, we feel that the S5, sans the heart rate and fingerprint sensors, is just a bumped up version of the former. It may sport a better build quality, a more improved software and UI, but there's nothing mind-blowing that would make you go wow. Then again, maybe the South Korean company is treading the right waters as, going back to as early as the S3, they've been trying to connect their customers with their smartphones in one of the most intimate of ways, i.e. making it for humans, becoming their life partner, and now may also be your heart doctor. 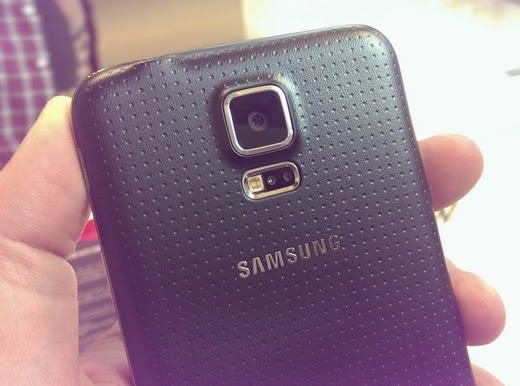 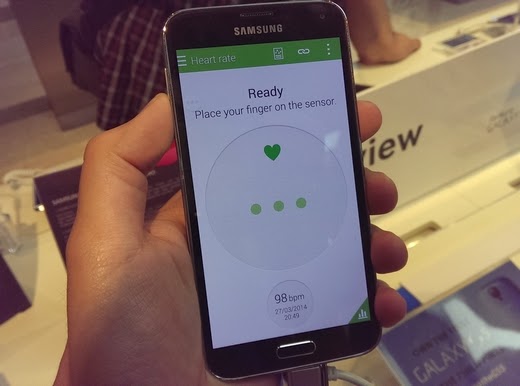 We're going to be seeing a lot about the Samsung Galaxy S5 as its local release date is just a few days away (April 3, 2014), with an SRP of P34,990. Hopefully we can improve on our opinions as we try to get a more intimate time with the phone. 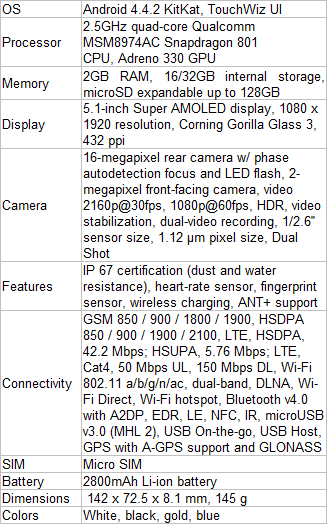