The all new HTC One M8 was announced and released just this March 2014, and from the looks of it it made the same noise as its predecessor the HTC One M7, if not louder. We got some solo time with the Taiwanese company's new device, and here's what we thought about it. 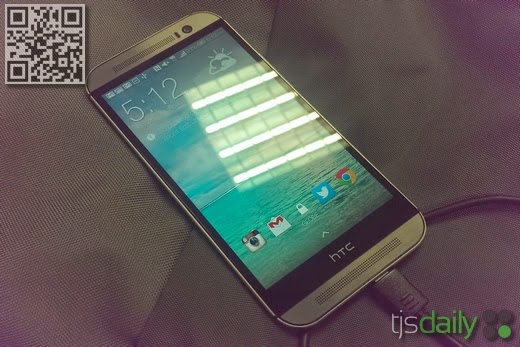 The HTC One M8 sports almost all of the physical unibody attributes of the previous One, from the front-facing BoomBox speakers (which are allegedly 25% louder) to HTC logo at the back. What's also evident here though - aside from the design aspect of the device - is that the M8 carries more metal. Gone is the plastic bezel of old, replaced by a metal bezel tapered towards the display, creating a curved back that's both nice and slippery to hold. There's now also a microSD card slot for people who love maximizing their storage capacities. This feature was previously available only on the dual SIM variants of the first One. Also, for what it's worth, I felt that the HTC One M8 was lighter than the former, though it could be just me or it could just be that I'm using the 802w variant of the M7. 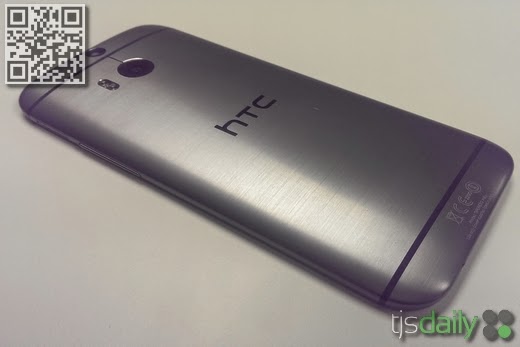 The screen and the smartphone are quite larger now, thanks to the 5-inch 1080p display (fortunately the M8 is just as wide as the M7). The soft touch buttons are now also integrated to the display itself, creating an illusion that the usable area of the display is bigger than it actually is. The display is also finer than what I'm used to, with the texts still being reproduced clearly even at smaller levels. 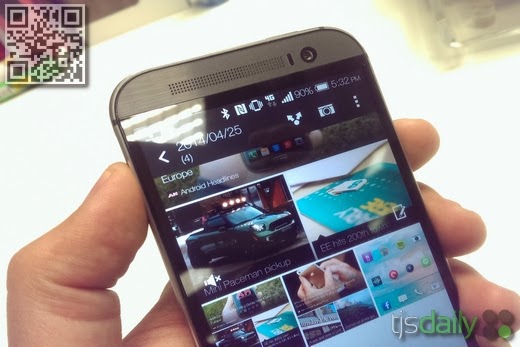 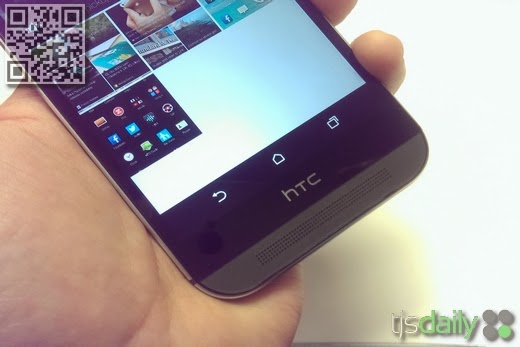 Regarding the user interface, HTC's Sense 6 is by no means an overhaul, but it's improved nonetheless. One of my favorite features in the new Sense is its very liquid BlinkFeed transition, i.e. there's no stutters or frameskips while the widget seamlessly moves from one page of news to the other. But be warned: The "Lock Screen Styles" feature of Sense 5 is nowhere to be found in this version. 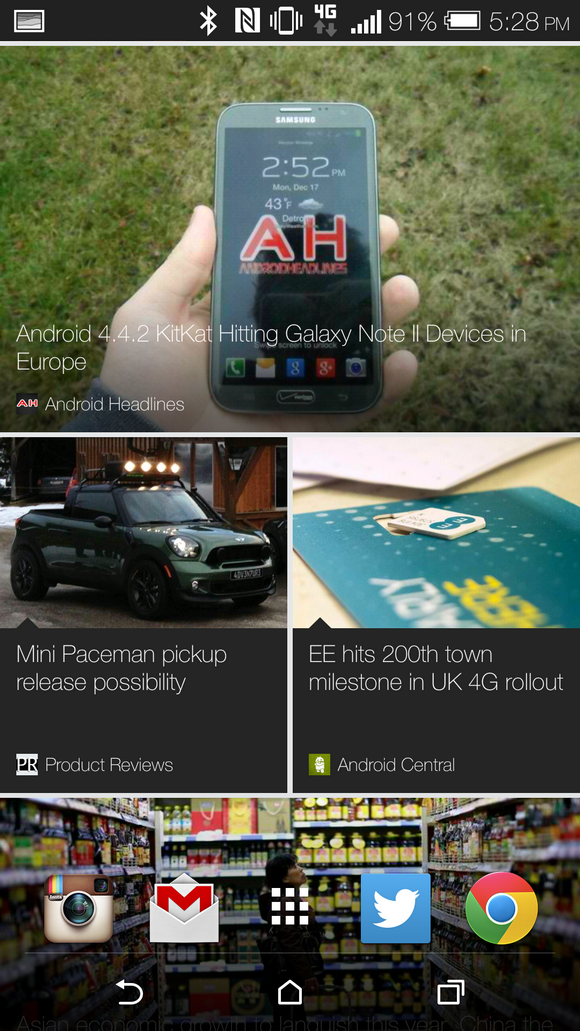 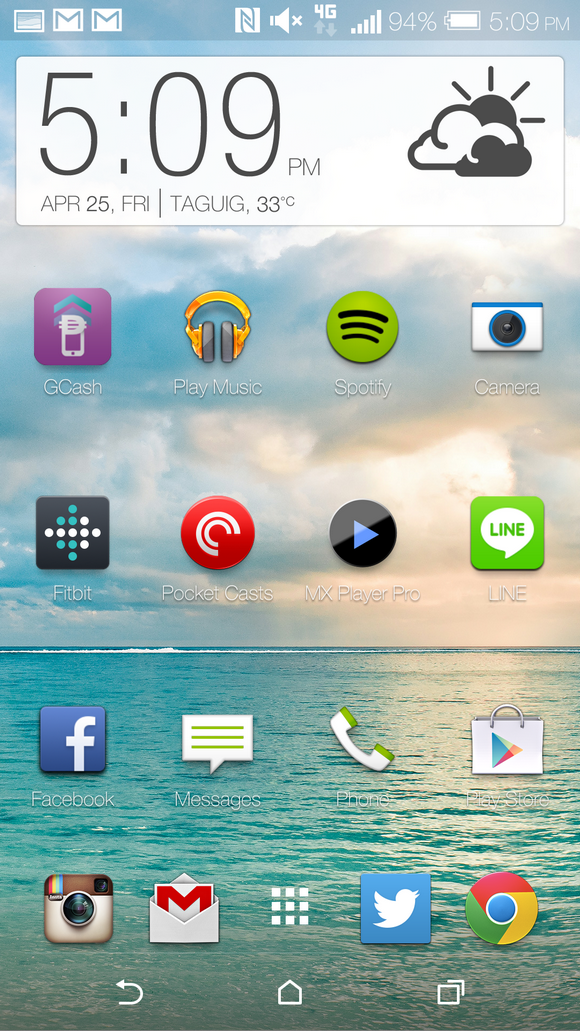 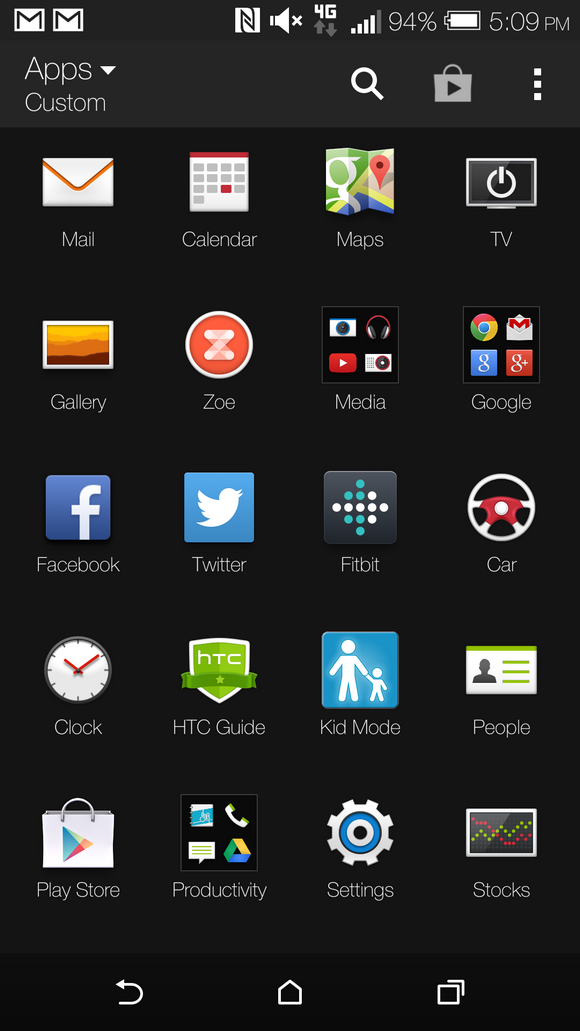 The performance of the device itself is unsurprisingly impressive. We'd be more surprised if the device acted slow or funny despite its innards. That said, the HTC One M8 boasts a 2.5GHz Snapdragon 801 processor, an Adreno 330 GPU, and 2GB of RAM, and it really shows when you run stuff with it. For comparison, the Samsung Galaxy S5 also bears the same specifications, albeit a larger battery rating and an IP67 certification. 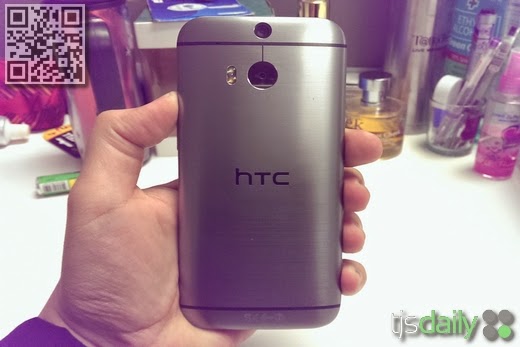 What we weren't able to test during our quick hands-on was the dual-sensor Ultrapixel camera, though we're pretty sure at this point that it captures relatively good photos. We'll do a complete review once when we get to spend more time with the device. 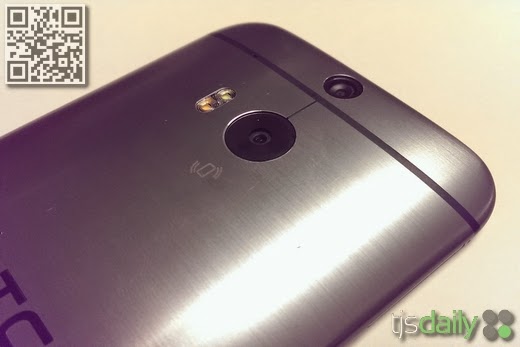