Torque Mobile seems to to have the habit of revealing their latest smartphones on flyers. We were recently checking out one of their kiosks in a major mall when we learned that the company already has an octa-core of their own, the Torque Droidz Marvel FHD. 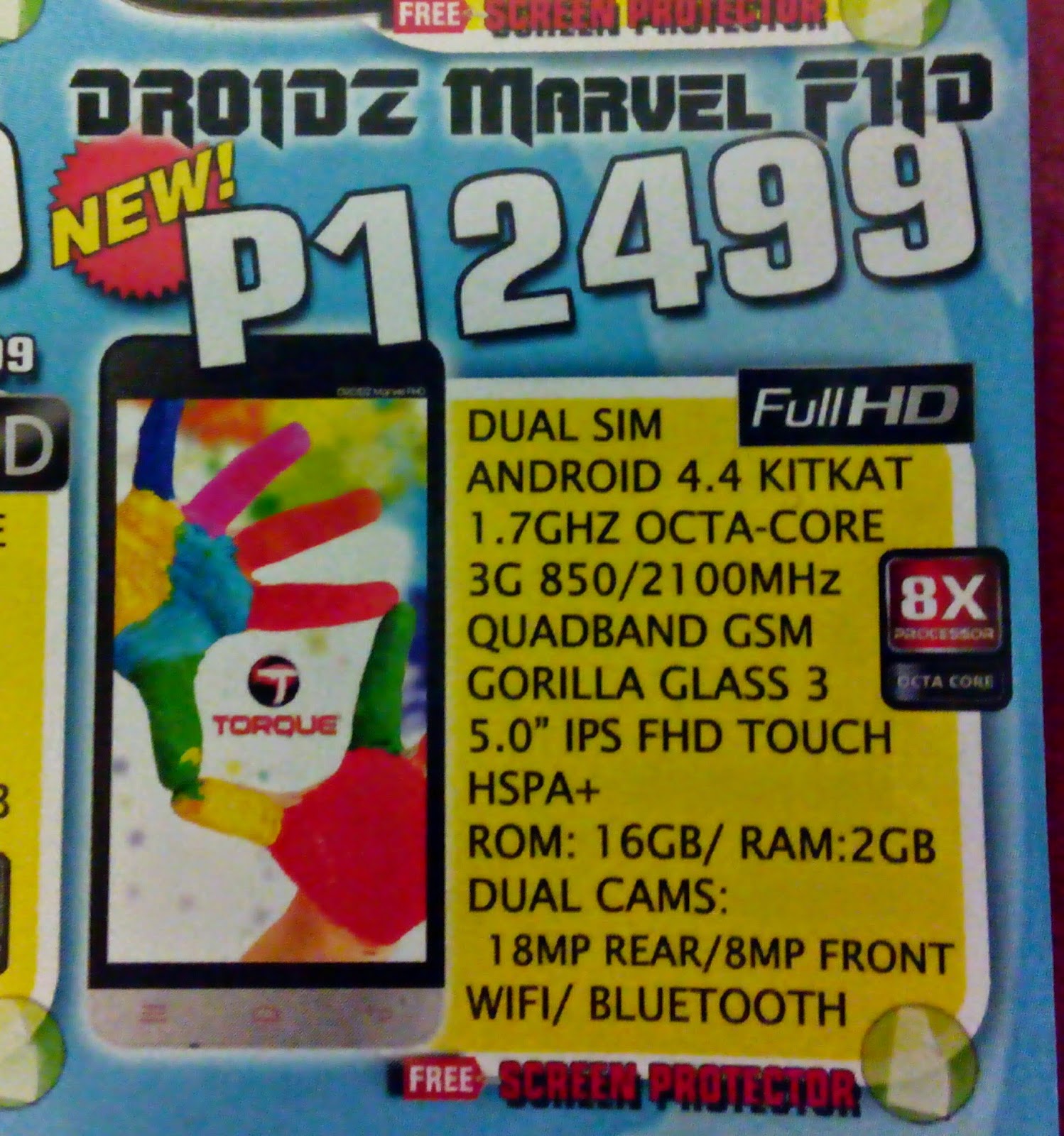 Judging from the poster we found, the Droidz Marvel FHD looks like the Cherry Mobile Ultra, at least on the front end. It sports a similar two-tone white-black scheme, the difference of which is only the red-colored soft touch buttons at the Marvel FHD's front. Surprisingly, this device is among the limited number of local octa-core smartphones that comes pre-installed with Android 4.4 KitKat. Hardware-wise, the Droidz Marvel FHD runs on standard fare octa-core specifications: A 5-inch Full HD display with Gorilla Glass 3, a 1.7GHz octa-core processor, 2GB RAM, 16GB ROM, an 18MP/2MP back and front camera, and offers dual SIM support. It could've used some gimmicks just to add to the device's talking points, such as wireless charging or NFC, then again it doesn't cost P16,990.

All the above mentioned, the Torque Droidz Marvel FHD is not available yet on Torque Mobile kiosks. The store attendant we asked told us that they don't know when it'll arrive. It's either Torque Mobile is taking a page on Cherry Mobile's books, i.e. announce now, release later, or their marketing and sales departments aren't coordinating with each other. Also, such a major device deserves an official announcement, so why isn't there? Regardless, the Droidz Marvel FHD seems like a promising device, and hopefully it'll come out soon and offer value-added options to consumers.

The Torque Droidz Marvel FHD, according to the flyer, has an SRP of P12,499.