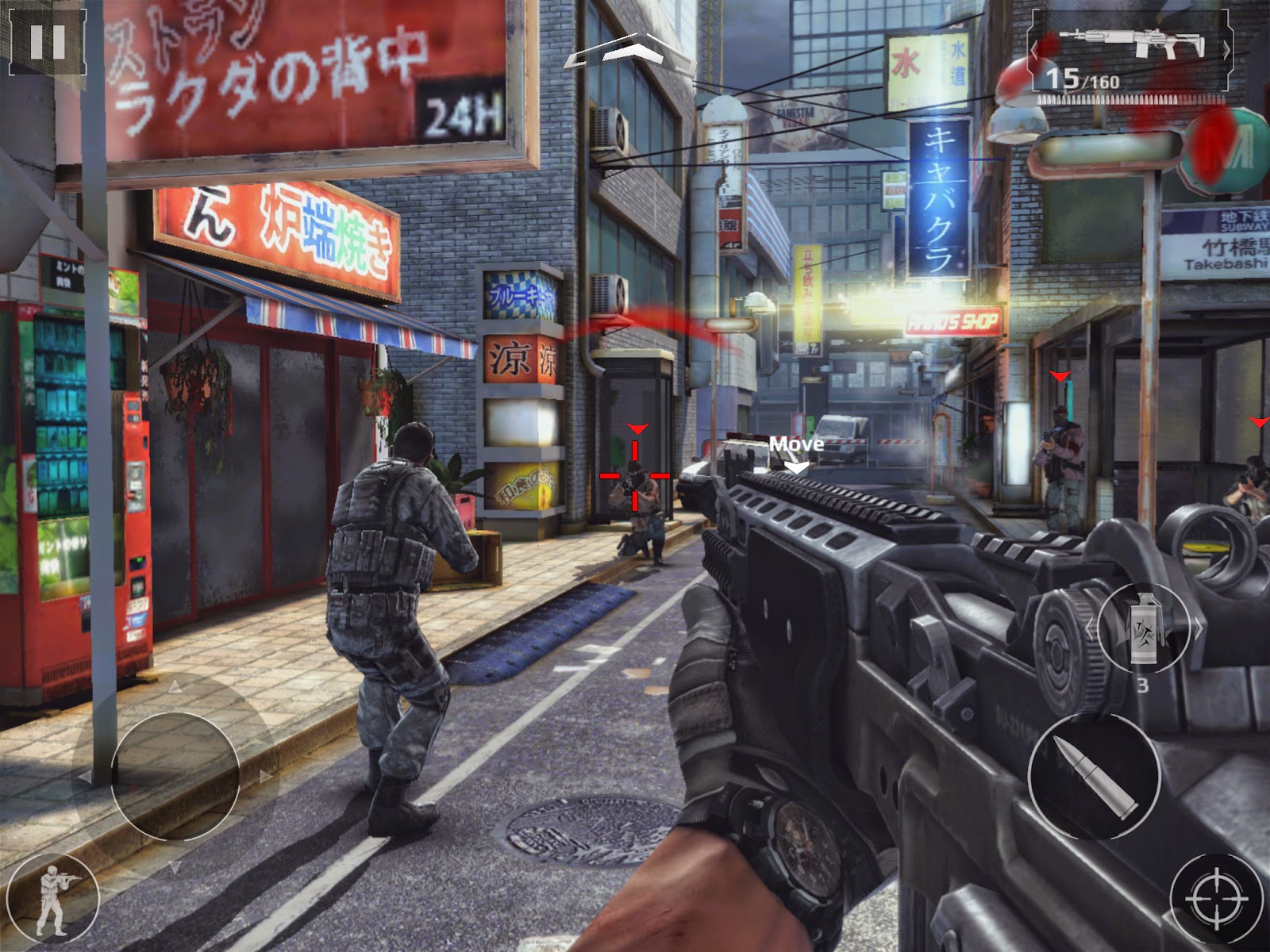 As for the storyline, players will find themselves in the role of Caydan Phoenix, a special operations soldier, fighting against foes such as the World Liberation Army and the Gilman Security Special Forces, from Venice to Tokyo.

Modern Combat 5: Blackout will not be cross-platform, meaning players in iOS, Android, and Windows Phone operating systems cannot play against each other in multiplayer. The good news is that the game is strictly pay-to-play as against the heavily disliked freemium model. The game also supports HID controllers.