Home » Xiaomi » Xiaomi Mi4 to be Revealed this July 22

Xiaomi Mi4 to be Revealed this July 22

Chinese smartphone manufacturer Xiaomi, while busily disrupting mobile markets in parts of Asia, seems to be preparing for the launch of their next flagship, the Xiaomi Mi4, this coming July 22 on their annual company conference. This comes as Xiaomi CEO Lei Jun took to popular Chinese social network Sina Weibo hinting at the number 4, an obvious reference to the Mi4. 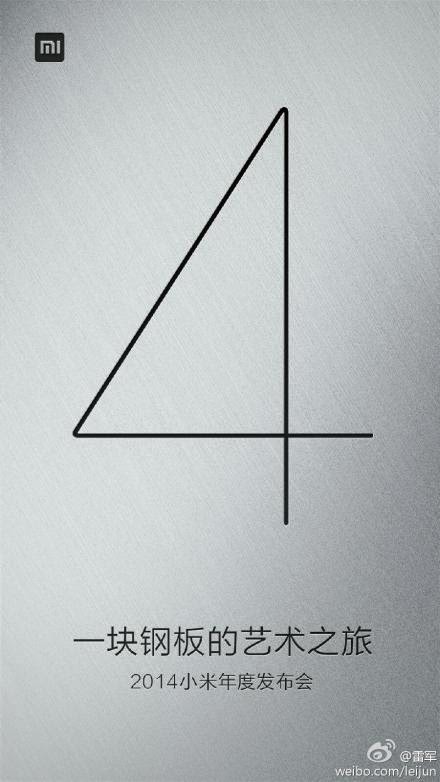 Specs-wise, the Xiaomi Mi4 is rumored to have a 5.2-inch 1080p display, a Snapdragon 801/805 or a Nvidia Tegra K1 processor, 3GB of RAM, LTE connectivity, a 13-megapixel camera, Android 4.4 KitKat on their MIUI OS, and will likely feature a metal frame, as the Chinese teaser states, when translated, "A journey of a piece of steel metal."

The Xiaomi brand previously made waves with their Hongmi (also known as Redmi) devices in China, where the said smartphones sold within a very short amount of time. The Mi3, which has also arrived in the Philippines just a few weeks ago, have sold like hotcakes every time they go on sale online (to date, approximately 5,000 units of the Mi3 have been sold).