Local smartphone provider Cherry Mobile recently announced a slew of new Windows Phone devices - namely the Alpha Style, the Alpha Luxe, and the Alpha Play. All are affordable Windows 8.1 devices, much more affordable than Lumias, but as per routine, the company announced one last device to end their reveals with a bang. Enter the Cherry Mobile Alpha Morph. 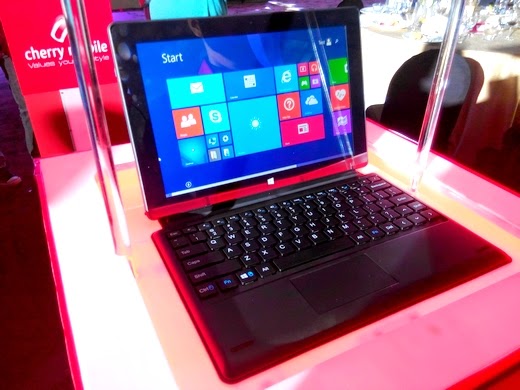 Designed for productivity, the Cherry Mobile Alpha Morph is a convertible tablet and portable PC in one that features a 10-inch HD IPS display, a 1.33GHz quad-core Intel Z3735D processor with a HD Graphic Gen 7 GPU for smoothness and speed, 2GB of RAM, 32GB of internal storage, and a huge 8000mAh battery for continuous, mobile work. The introduction of the Cherry Mobile Alpha Morph to the Windows 8.1 budget convertible line - on top of other contenders such as the Toshiba Encore 7 Mini and the ASUS EeeBook X205 - will surely alter the tablet landscape as people will surely give second thoughts on whether to purchase an iPad or an Android tablet productivity-wise. 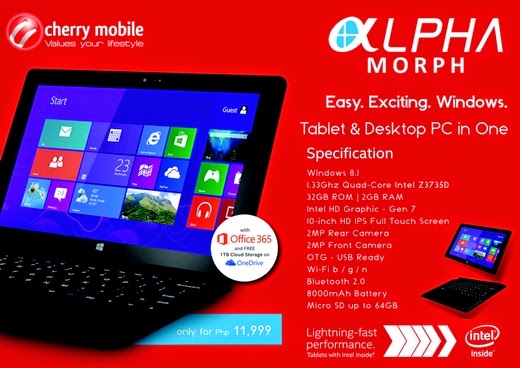 The Cherry Mobile Alpha Morph will be available for P11,999 (SRP), though there haven't been any officially announced release date yet.