Mobile game developer Gamevil have been spewing out games for as long as I can recall. The earliest game I played from them was the first Zenonia (which I never finished, because I refused to shell out a dollar for the full game). This harsh cycle of RPG games continued until the release of Legend of Master Online, the latest game in their roster. 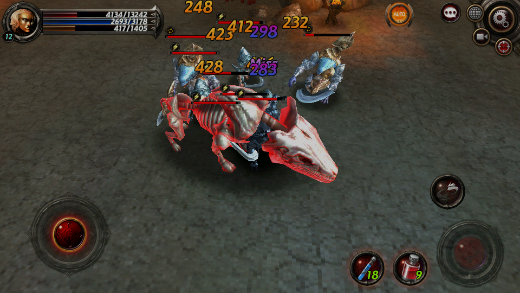 Legend of Master Online begins - if your smartphone manages to run it - with the overused game trope of humans fighting against demons, which leads to you selecting generic RPG classes, such as a tanker (Guardian), a magician (Sorceress), and a long-range character (Ranger), with each game account having three character slots, allowing you to play all classes. Gameplay is very straightforward, with the learning curve low. Legend of Master Online combines the formulaic Gamevil hack and slash format with a ring of Diablo to it. You get to kill demons of all shapes and sizes (there's a huge dog-like demon that looks like it was pulled out from Bleach), get items, then rinse and repeat. Thanks to this - plus the game's auto feature (basically auto-pilot, which means less you can grind even if away from your smartphone - I got dragged easily into the game. 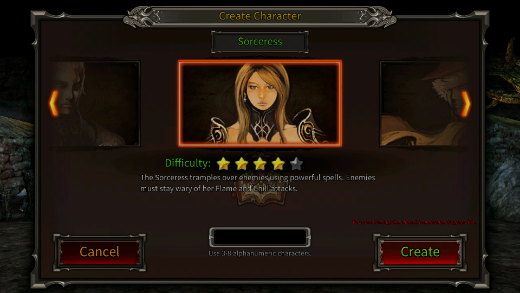 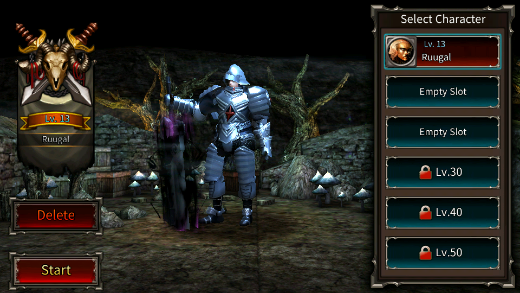 Hack and slash aside, the game offers players customizable options for their characters, such as a Craft feature, allowing you to craft weapons, armors, and other enhancements to better your gameplay experience. There's also a Quest system which, to sum it up, gives you gold and in-game currency for reaching certain levels and milestones (you should link your Google Play account here). However, no hack and slash game is complete without skills you can level up to finish fights against baddies faster. 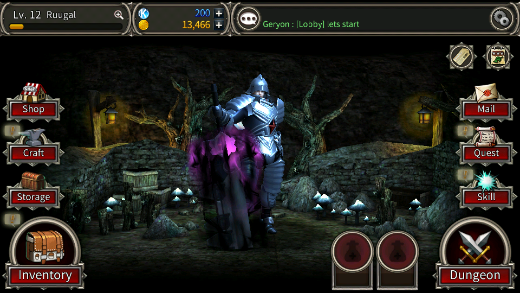 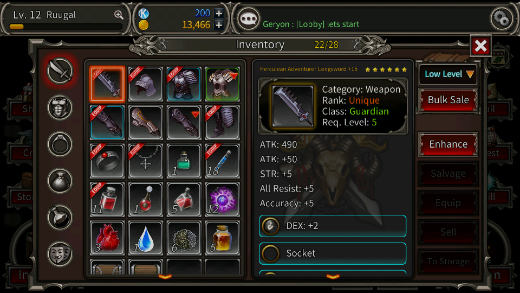 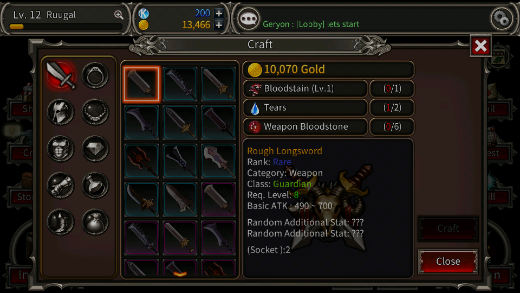 One of the biggest features of Legend of Master Online (aside from its Single Dungeon and Dungeon of Tribulation single player options) are its Multi Dungeon and Battle modes. In Multi Dungeon, you can join a party of three - via game rooms - to beat difficult dungeons together. While not new, the idea of playing a hack and slash game live with people in other parts of the world, especially in a Gamevil game, is fun. The closest I can compare this to is the Dungeon Hunter PS Vita game. In Battle Mode, you'll be pitted against other players in your level range in either a team battle or a single player battle. It's entertaining at best, since you get to test your skills against a real person, but it gets annoying real fast, especially if you're pitted against a Ranger or Sorceress character, which most of the time just runs around the PvP arena trying to spam cheap hits while far from striking distance (this is like a cheap Sentinel-Storm-Cable team at Marvel vs Capcom 2). This said, the ruling class as of the time of writing is a Guardian (team battle is more chaotic, with everyone running around trying to spam cheap hits. Basically like single player, but worse). Fortunately, there's a kill-time setup in which the player with the most kills in the alloted time wins. 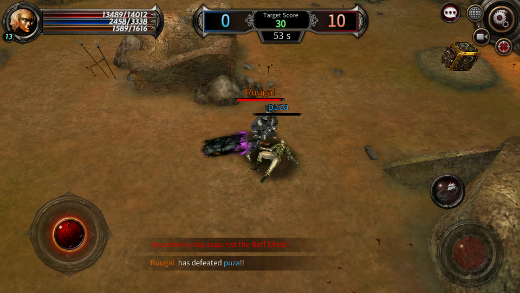 Legend of Master Online is one of the finest-looking games Gamevil has ever produced in terms of graphics. The shades and sprites of the characters, the monsters, the skill animations, and the world environment will easily pass as a handheld game. One of the main effects I appreciate are the glows of weapons when refined to certain levels. The controls aren't clunky at all; if anything, this is what the tons of RPGs Gamevil have produced taught them - good touch controls. You hit monsters properly, the character on-screen doesn't jitter, and distance and placement between on-screen buttons are great.

The game's BGM and effects meanwhile are nothing short of boring. With enemies and dungeons looking the same for every level (moving into a new level adds new enemies to slay), adding the same soundtrack combined with the metallic clunk of a sword hitting a demon makes you want to mute your smartphone and auto the game all the way. 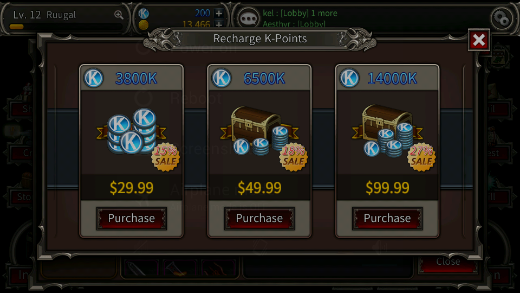 All the above said, it goes without saying that a Gamevil game is a Gamevil game. Legend of Master Online is a pay-to-win game. Yes, you can play the game for free, and yes, no one is forcing you to purchase anything, but there are just a lot of features in the game - almost all of them not necessary but will bring about a huge convenience - that requires the use of Legend of Master Online's in-game currency simply called K. And these Ks are not cheap too. 14,000 Ks cost $99.99 (around P4,499 converted), and that's apparently already 27% off. The in-game currency is implemented through almost all aspects of the game. Want to increase your ridiculously small inventory capacity? Buy more with Ks. Want to enhance your sword without fail? Use Ks. Hey, here's a wonderful looking costume with great stats, but it'll set you back 12,000 K! There's also the fact that after the first few levels, enemies are almost impossible to defeat without a ton of potions, which unfortunately requires a lot of gold and several craft items. But what if you don't have enough gold? Well, you should buy Ks, or get stuck grinding at the lower levels again for maybe a few weeks more. However, Gamevil's position on in-app purchases are totally understandable. It's the hottest trend in the gaming industry as of late, and it would only get worse. Players are the victims here. Long gone are the times where you can get legendary armor in a game by just being really good at it, i.e. playing with copious amounts of time. 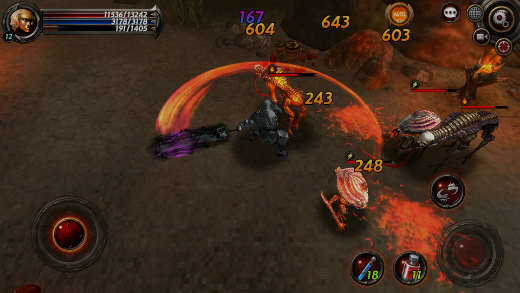 In closing, Legend of Master Online is a good game to kill time, if not for its always-on internet requirement. You get to hack and slash everything in a very linear game while also being able to blow off some steam on other players around the world via PvP (provided you're really strong or really loaded in in-game currency). It's the closest you can get to a decent dungeon multiplayer on mobile, and it's even free-to-play. I'm giving this game a one thumb up, just because Ks are stopping players from experiencing the full game.

Legend of Master Online is available on Android and iOS for free and requires 479MB of storage.