South Korean mobile giant LG has announced its early 2014 Christmas Sale for the Philippines. The sale involves slashdowns on a few thousand pesos off of LG's past devices, such as its former flagship the LG G2, and the bigger LG G Pro 2. 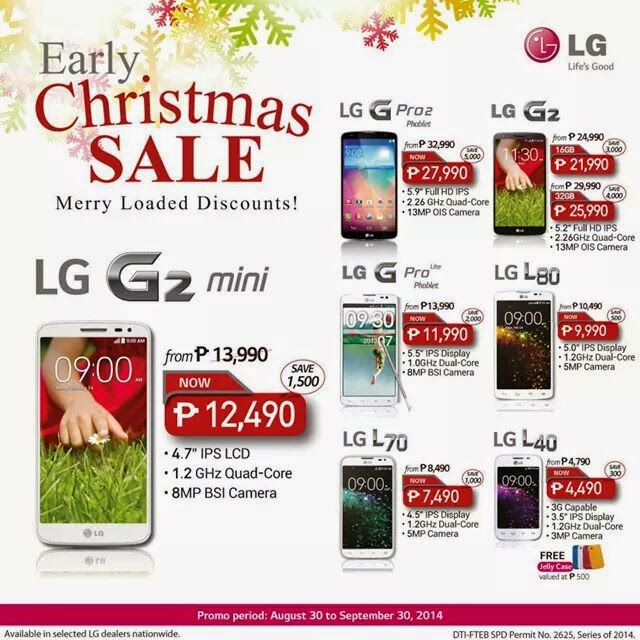 Some of the items of note on the early Christmas sale are the following:

LG Philippines' early Christmas sale will last up to September 30, 2014. 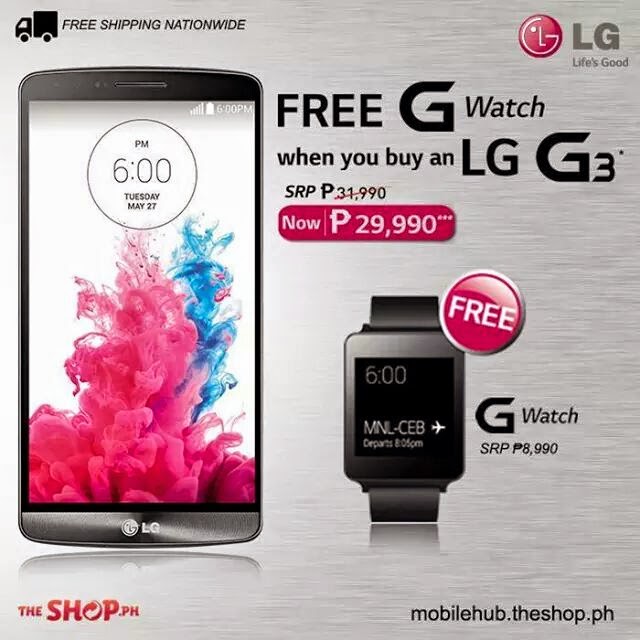 On another note, the LG G3 is now only P29,990 (from P31,990) and comes with a free LG G Watch (SRP P8,990) when you purchase it online at mobilehub.theshop.ph. The G3 is LG's latest flagship, and has just been released this year. Check our LG G3 specifications and details post for more information.