Inarguably the best handset Chinese smartphone company Meizu has announced, the Meizu MX4 apparently is set to hit the Philippines at the end of October via local company Novo 7 Tech. The device looks like its predecessor, the MX3, but the similarities stop there. 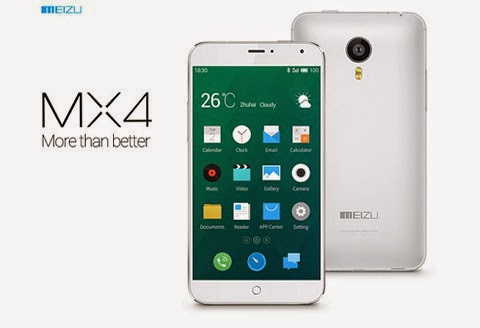 Among the highlights of the device is its high benchmark score, thanks to its new MT6595 octa-core processor, specifically scoring as high as over 40,000 in AnTuTu (though performance on other benchmark apps vary. If there was a tweak done specifically for AnTuTu, we're unable to tell), and its 20.7-megapixel Sony Exmor RS camera - the sensor used by Sony in their top-of-the line devices (sadly, the front-facing camera is only 2-megapixels).

The Meizu MX4 16GB variant sells for P14,999, while the 32GB is priced at P16,999. There's no pricing released for the 64GB variant. On a personal note, if there's one thing I'm sure of, the local smartphone crowd will find choices tough as they pick from other strong-name brands such as Xiaomi this holiday season.