Getting ahead of the pack, Philippine mobile brand Starmobile launched the Starmobile Knight X, currently the most powerful locally-branded smartphone. It's just the first - and this I emphasize - local device to feature the MT6595M chipset onboard, on top of 3GB of RAM. What separates the Knight X from other local octa-cores, aside from the pricing (clue: It's a whopping 5-digit number that would make the price-sensitive go ouch) , is that it also carries true dual SIM LTE connectivity versus others that only offer 3G/3.5G connectivity. 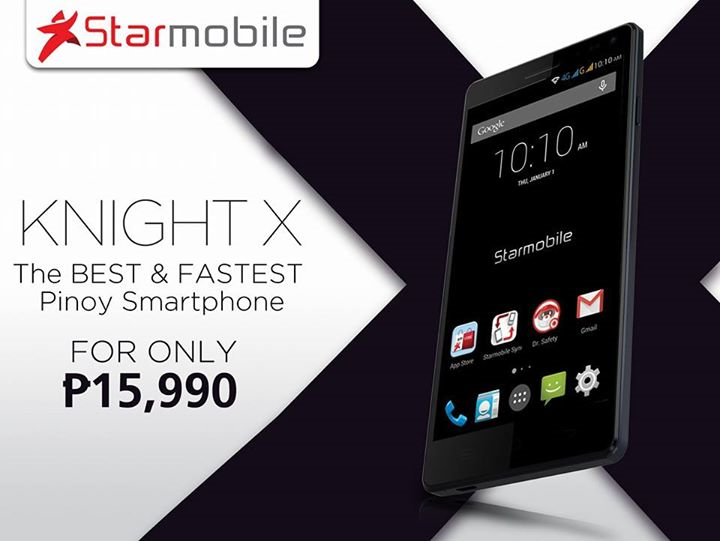 Hardware-wise, the Starmobile Knight X sports a 2GHz 2x quad-core processor, a 5.5-inch FHD display, a 32GB internal storage, a 13-megapixel Sony Exmor RS IMX135 camera, and a huge 3350mAh battery that has a quick charing feature, boasting a full charge from 0 to 100 in just 2.5 hours. On a personal note, I appreciate how Starmobile makes sure that their flagship device is worthy of being a flagship device (not to say that other local brands don't, but you get the point). Admittedly though, design isn't one of the Knight X's strong points. It looks like a slab of cut plastic, period.

Connectivity's a no-issue with the device. Aside from the previously mentioned dual SIM LTE connectivity (which also boasts worldwide LTE compatibility), it also has NFC, Bluetooth 4.0 LE, and an IR blaster, so you can change TV channels with your smartphone just because.

Price-wise, the Starmobile Knight X, as mentioned previously, may hurt the pockets of the price-sensitive - it's available for P15,990 (SRP). There could be some issues like why is a local brand selling at this price point when that's already a nice international brand, but personally, I think the Knight X is worth it. After all, these are the guys that outed the Octa.