With Chinese smartphone manufacturers slowly chipping away the market of more established international brands (by selling more affordable smartphones at almost the same specifications point of course), it's no wonder that biggies like Samsung have decided to fight back by offering their own mid-rangers. Enter the Samsung Galaxy E7.

The Samsung Galaxy E7 is akin to your local quad-core smartphone, only better - not only in terms of looks, but of course, build. It's also got that mid-range feel by being able to offer a dual SIM functionality, albeit a very limited feature set.

The Samsung Galaxy E7, as mundane as it may sound, looks like your typical Samsung smartphone. The front picks up after the Samsung Galaxy S4's design language, while the rear from the S3. It's every bit as familiar as the Samsung Galaxy Grand, and the Galaxy Win - you get the idea. Needless to say, this trademark Samsung design is what sells. It looks good, no doubt about that. 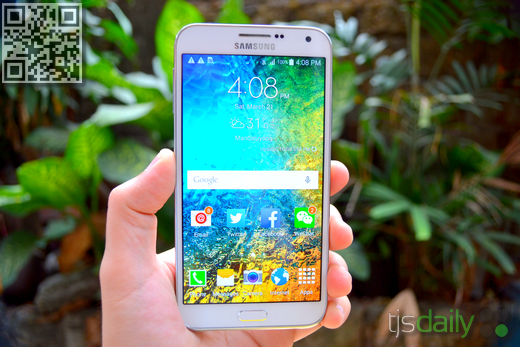 The front of the device carries one of the nicer bezels we've seen at this price point, coming in with a 5.5-inch display set at a 1280 x 720 resolution. Also present are the soft touch plus physical home keys, the classic Samsung Galaxy earpiece grill, and the 5-megapixel front-facing camera. What's clearly missing here is a notification LED light, which would've been superb since local brands at this price point most of the time comes with it, not to mention it's super helpful with telling the user that there's a message waiting to be read and whatnot. 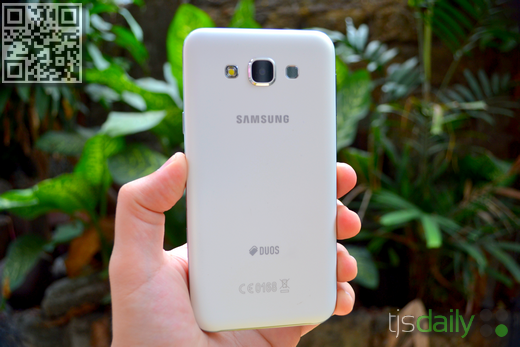 Going to the rear and the sides: As previously mentioned, the Samsung Galaxy E7 takes its rear design cue from the company's third flagship. The camera, flash, and the external speaker sit right beside each other; the microUSB port and the headphone jack are located at the bottom of the device. It's also relatively clean, with only the Samsung, DUOS, and CE logos printed in the back. The right side of the device houses the dual nano SIM slots (accessible via a SIM pin), with one slot convertible as a microSD card slot, capable of handling up to 64GB. It would've been nicer if the microSD card slot was placed separately, but dual SIM capability is a definite must-have at this price point. 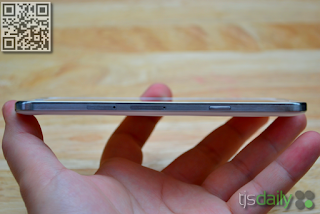 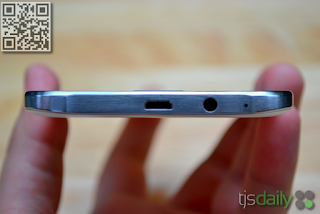 Handling-wise, the Samsung Galaxy E7 might be large, but isn't unwieldy. In fact, it's quite the opposite. The device is light to hold, and isn't slipperty to handle. Additionally, its thin profile helps with the maneuverability; you'll be able to at least scroll the display with a single thumb, even if you have small hands.

The Samsung Galaxy E7 sports a 5.5-inch Super AMOLED HD display, set at a 1280x720 resolution, 267 ppi, and 10-touch points. Unfortunately, it stops at just that since the device isn't equipped with tough glass protection - so it'd probably be wise to have a screenguard applied here. 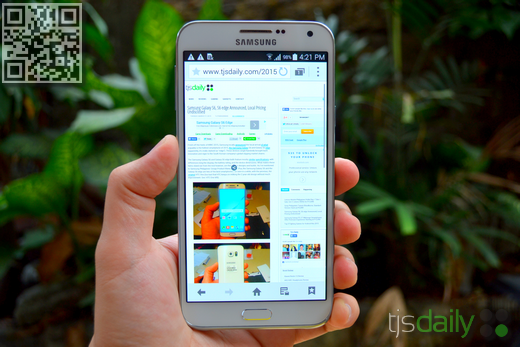 The Galaxy E7's display is - for lack of a better term - good enough to please a critic's eye. It has the right amount of sharpness and clarity to qualify it as something beyond HD but not FHD, and the warmth on reds and yellows are accurate and vibrant - a trait Samsung have been pulling off for years now (some may call it oversaturation, but I digress). However, the whites produce the usual bluish tint, and I find the dimmest brightness setting still too bright (Lux Lite is a great app to force-adjust brightness - and it's free). To the E7's defense however, this is a mid-range offering from the South Korean company, and it's pretty fair to say that this bluish tint still exists on other mid-range products. 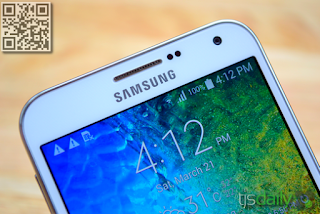 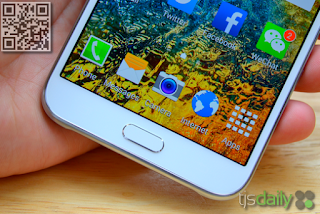 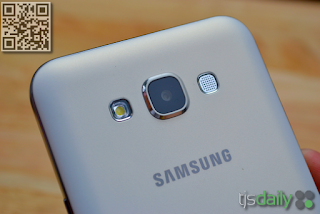 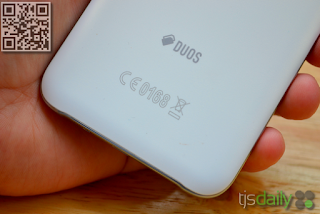 Also, if you're one to always use your smartphone under the sun, then you're in luck, as the Samsung Galaxy E7's display is still very legible under glare. Adjust the brightness a little bit and you're good to go.

The Samsung Galaxy E7 runs on Android 4.4.4 KitKat, wrapped by the TouchWiz UI and its accompanying apps, sans most of the bloatware from the company's flagship-level smartphones. Interface-wise, you'll mistake the Galaxy E7 as, combined with its already nice-looking shell, a device far more premium than it is, and that's how - if you'll allow me to say - some people like it. It's the consistent look of a Samsung smartphone that always catches people offguard. As far as I'm concerned, it looks like a Galaxy Note 3 in a distance. 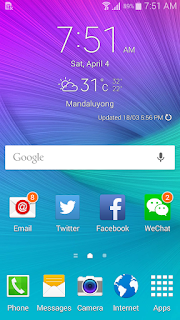 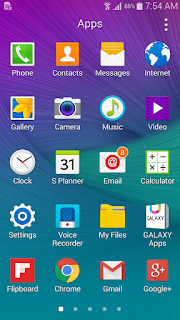 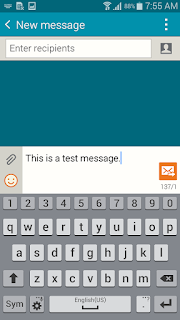 Going deeper, the device features convenience elements, like an integrated Flipboard window when you swipe your screen to the left and the Galaxy Essentials screen when you swipe to the right. Samsung UK's Support FAQs page states that this feature allows you to "access and download a collection of premium content, free of charge", and to some extent, yes, this is true. 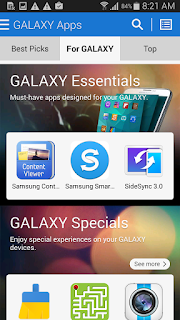 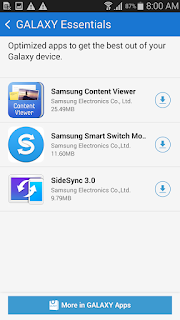 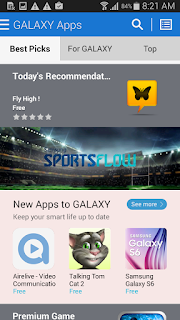 A lot of advanced users find the TouchWiz UI annoying and dated, but the newer versions of it aim for ease of use (the proof of which is the streamlining of categories and convenience of increased visibility of most-used commands), and it's something I personally appreciate, though admittedly TouchWiz itself is a major factor of the bogging down of any relatively new Samsung device.

Designated to be affordable, the Galaxy E7 sports the relatively cheap 1.2GHz Qualcomm MSM8916 Snapdragon 410 quad-core processor and Adreno 306 graphics chip. It also offers 2GB of RAM, which is unusual at this level, nonetheless very welcome. We ran the numbers, and the device performed as expected of it. Benchmark results below. 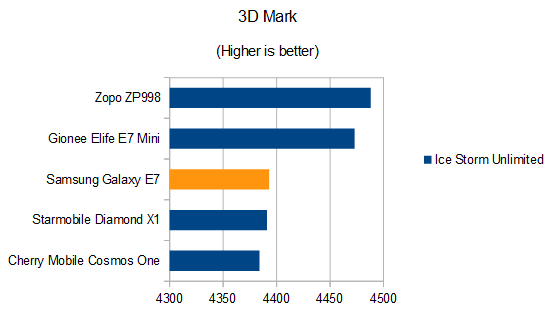 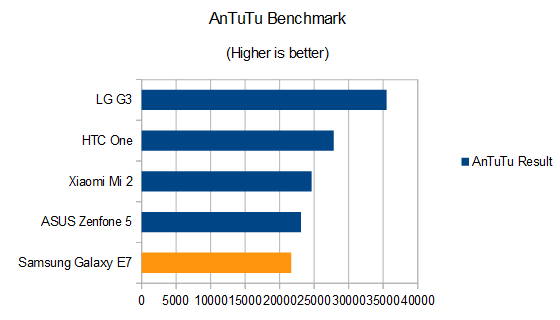 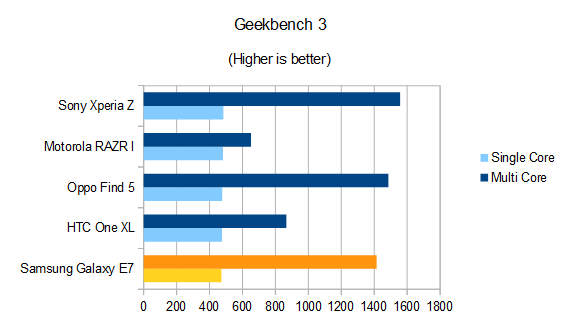 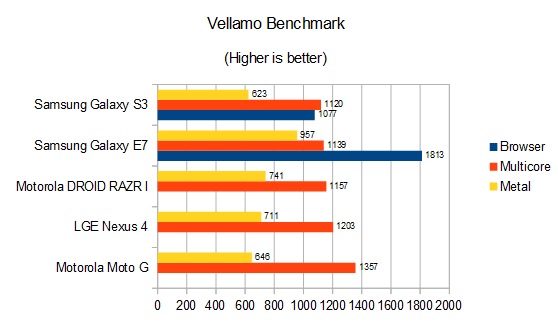 Pulling from the benchmarks, Samsung Galaxy E7, with its mid-range hardware, performs within expectations as it goes toe-to-toe with yesteryear flagship devices, such as the LG Nexus 4, the Sony Xperia Z, and the ASUS Zenfone 5. Needless to say, the Galaxy E7 gives smooth, up-to-par performance with its hardware.

One of the best things you can do with a Samsung Galaxy E7 is to watch videos and view images on its HD Super AMOLED display. High definition videos come out nicely, and colors simply just pop out, looking very vibrant (just look at the reds and beiges at that angry John Cena). It's also the same case with the photos the device captures, though opening it on a wider screen is an entirely different story. 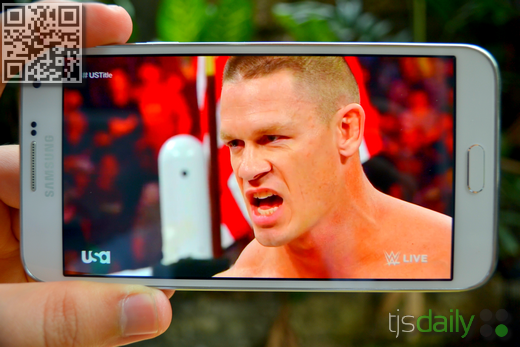 With respect to the device's external audio capability, the Samsung Galaxy E7's loudspeaker plays moderately nice, with some additional depth. It doesn't sound tinny as with other mid-range devices of the past (I can't really compare it to current mid-range devices, as these are "evolving" as well, and by that I mean they're offering better and better bang for the buck progress). Audio produced are clear and audible, and this goes for the earpiece as well when you perform a call.

Being able to run N.O.V.A 3 on full settings without much choking is no small feat, and the Samsung Galaxy E7 was able to do just that. It's a given that the device would choke at some heavy sequences (and I found it very challenging to finish some areas where there was a lot going on in the screen), but nonetheless you'll be able to game. You should be able to run less graphics-intensive 3D games such as Dungeon Hunter 5 with relative ease. 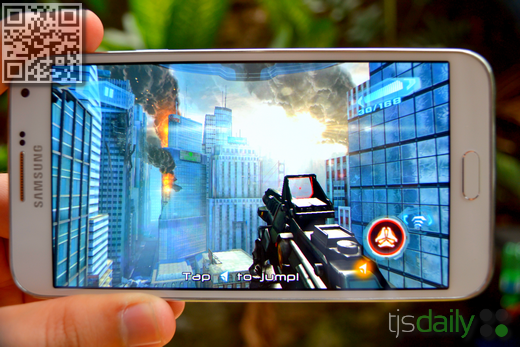 So, what should you expect from a Samsung mid-ranger equipped with a 13-megapixel main snapper? Apparently not much (megapixels aren't produced the same, just like how different a Sony sensor is from a top-grade generic sensor). The Galaxy E7 produces images that, first and foremost, lack both color and detail accuracy (greens look like blue greens), then sharpness and saturation. Images look flat and unnatural, and there's a huge loss in detail and a lot of noise a few zooms over. However, I give the Galaxy E7 points for effort for at least being able to take night time images, albeit somewhat grainy at times. 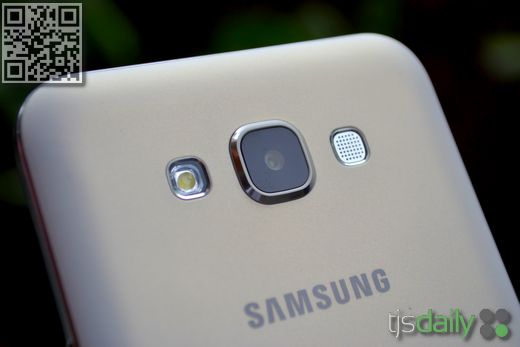 The above said, let's face it: At the Galaxy E7's price point, you will get circa early 2014 hardware, but at least it's a Samsung. Objectively, at the same or lower price you can get a rebadged smartphone that produces a better image, then again what Samsung is selling here is the privilege of owning an awesome-looking device.

The Samsung Galaxy E7 features the standard Samsung camera UI look, which is a fresh take for me as I'm used to dabbling with stock to semi-modified versions of Android KitKat's UI. Going back on point, the Galaxy E7 offers action shots, front-facing camera gesture, and voice command capture on top of the standard Panorama and basic filters. It's also able to take wide-angled selfies (this is an issue with short-limbed people without selfie sticks, or cameras with very narrow-angling cameras). In fairness to the device, the shutter is able to quickly snap on an image, even with unstable hands, oftentimes leading to blurry images. 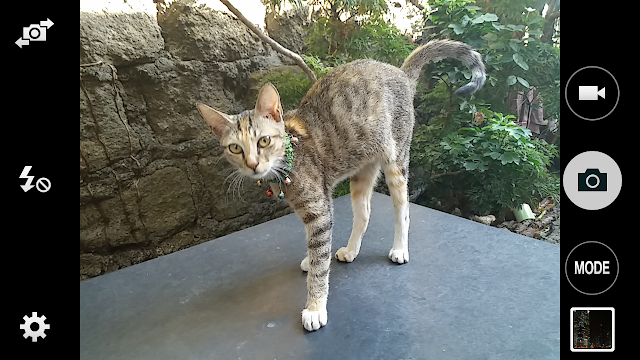 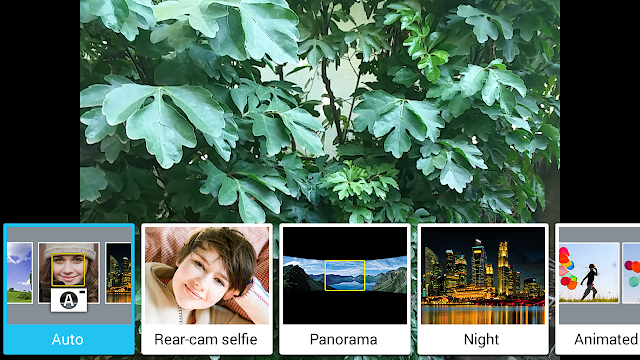 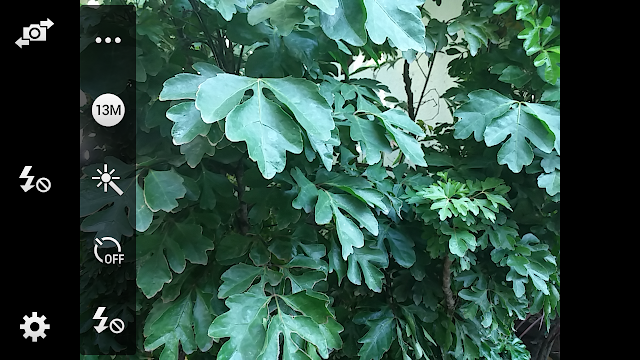 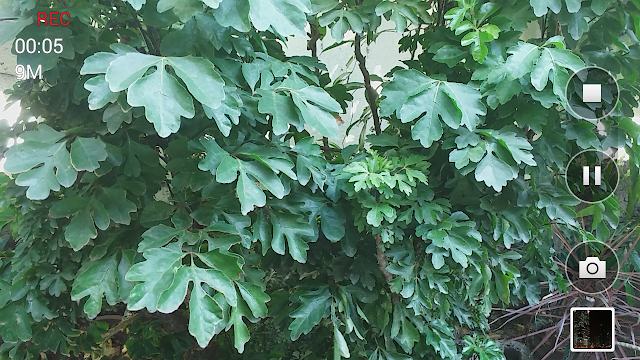 The Samsung Galaxy E7 is capable of capturing FHD videos.

The Samsung Galaxy E7's battery is long-lived, lasting up to a day or more with regular use (medium brightness, WiFi connectivity, browsing and social networking apps use). This is standard fare nowadays, and I would be very surprised if it lasted any less. That said, the Galaxy E7 is a pretty reliable smartphone battery-wise, just like its Galaxy Note cousins. 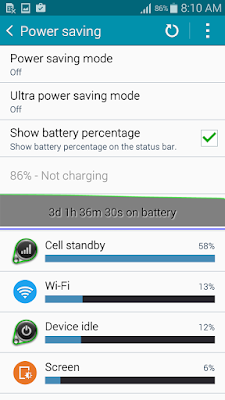 Samsung keeps on upping its game, with its recent Samsung Galaxy S6 edge and Galaxy Note 4 Edge releases. With the improvements in hardware and software however comes spikes in pricing, and the average Joe definitely will have to pay an arm and a leg to be able to afford such beasts. Fortunately for consumers, Samsung have started looking at mid-rangers, particularly as an answer to Chinese brands hitting them where it hurts the most - market share. So this is where the Galaxy E7 comes into play. 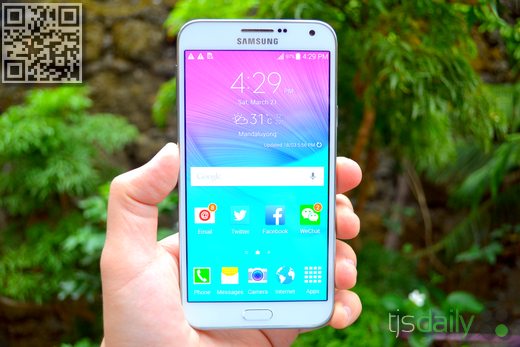 The Samsung Galaxy E7 is definitely a nice smartphone to have, with its great and precision construction, long battery life, and dual SIM capability, though it's not something that will come up top of mind when you're looking for devices, especially that there's a lot of other possibly better offerings with around the same price. However, if you're A) after a Samsung device, and B) are strictly on a P15,900 price tag, then the Samsung Galaxy E7 is the best smartphone for you.